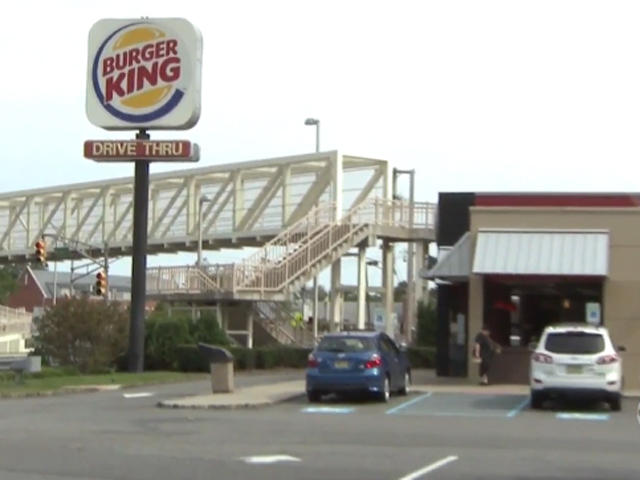 Both gave birth in the same Burger King parking lot, just a day apart. And the same first responders brought new ones in the world, reports CBS New York.

First responders such as Yobs know that, with a population of about 16,000, Denville, New Jersey doesn't always see a whole lot of excitement. But on Friday night, that all changed.

At around 7:30, Yobs and his crew were called to a Burger King parking lot. An expectant mother was on her way to a nearby hospital to have her baby, but the baby had other plans.

"Contractions came full force, and next thing you know, the water's breaking and baby's on its way," Yobs said.

Yobs and fellow firefighter-EMT Shannon Covert got there fast.

"Within a few minutes, the baby was out. Like, it came fast," Covert said. "We got her into the ambulance and handed the baby to her and let her hold him the whole way to the hospital, so she was happy about that."

But the drama didn't end there. The very next night, Yobs and his crew got a page to respond to the same Burger King.

"We look at our pagers and go: 'This is a joke. This can't be — two nights in a row, the same exact thing.' Sure enough, we get down there and it is. And I mean, that one came even quicker," Yobs recalled.

It came so quickly that by the time Yobs got there, the woman was already delivering.

Both deliveries happened within about 30 feet of each other in the same section of the parking lot, and both moms gave birth to healthy baby boys.

"One of the nurses actually asked me, she said, 'Where was he born?' and I said, 'Burger King,' and she goes, 'Let me see the little whopper!"' Covert said. "So that's probably going to be the kid's nickname forever!"