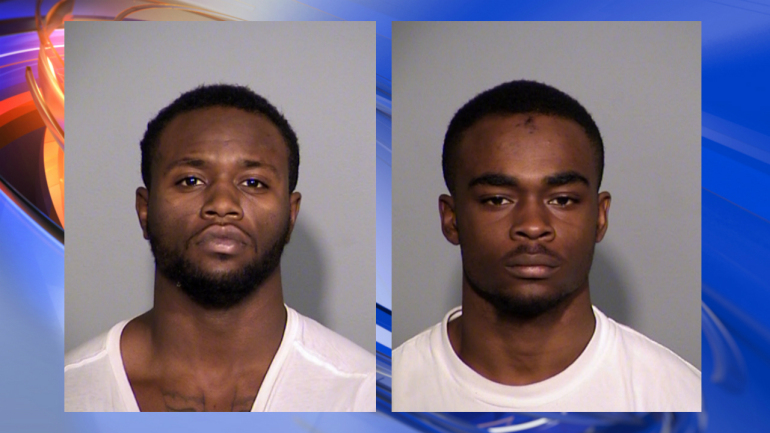 Marion County Prosecutor Terry Curry said Friday that 18-year-old Larry Taylor Jr. and 21-year-old Jalen Watson were charged in a Nov. 3 case during which a woman was raped in her apartment.

Both face burglary, theft, armed robbery, and criminal confinement in the earlier case, in which Taylor also faces rape charges. He's accused of sexually assaulting the woman while holding a handgun to the back of her neck.

Prosecutors allege Taylor and Watson entered the woman's apartment while she was home alone and demanded money and her bank cards.

Marion County Prosecutor Terry Curry told WTTV that DNA provided enough evidence to press the new charges. According to court documents obtained by the station, one of the men pointed a gun at her while she was in the shower just before the attack.

At one point, the victim said Watson told Taylor to stop, saying "that was 'not what we're here for.'" She said the pair got "spooked" and ran out of the apartment, reports the station.