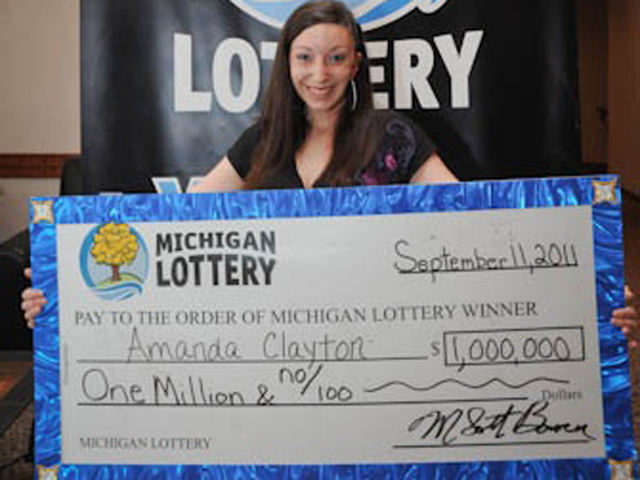 (AP) LINCOLN PARK, Mich. - State officials say a Detroit-area woman who won a $1 million lottery prize but continued to get food stamps has been removed from the food assistance program.

The Michigan Department of Human Services said Wednesday the lottery winner no longer was getting benefits. It followed a report this week from WDIV-TV in which 24-year-old Amanda Clayton of Lincoln Park acknowledged continuing to get $200 in monthly food aid after her September win.

Legislation in Lansing would require lottery and other gambling winnings to factor into eligibility for government food assistance programs. The legislation comes after a Bay County man last spring said he continued using food stamps despite winning a $2 million lottery prize in 2010.