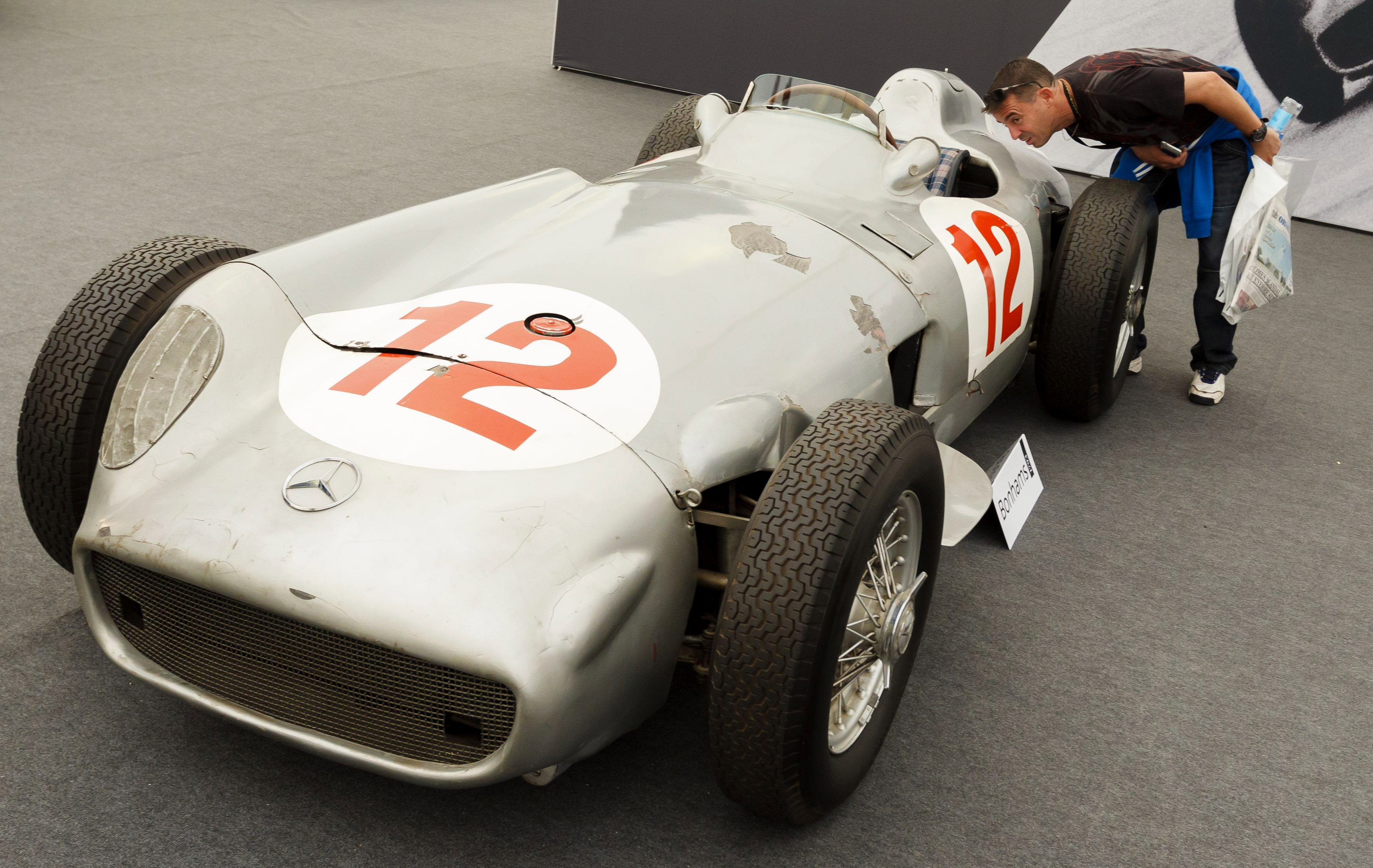 A classic Mercedes-Benz raced into the record books in England on Friday by becoming the most expensive car ever sold at auction.

According to Reuters, the $29.6 million sale easily surpassed the previous record for priciest automobile ever auctioned -- a 1957 Ferrari 250 Testa Rossa, which sold for $16.39 million in 2011.

The single-seater Mercedes-Benz was driven by the five-time world champion racer when he clinched his second title in 1954. The Argentine drove the car to victories in the 1954 German and Swiss Grand Prix races.

Robert Brooks, chairman of Bonhams, called the car the most important historic Grand Prix racing car ever offered for sale.

The auction house said the steel-colored car is in a "remarkably unspoiled" condition and that its parts are believed to be complete and workable after proper preparation.

It was sold to a private buyer over the telephone at a classic cars auction in southern England's Goodwood. The price included the buyer's premium.