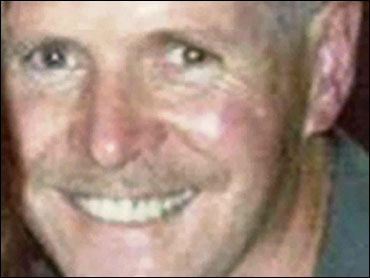 The 17-year-old boy was arrested the day after the March 9 killing of Constable Stephen Carroll, 48, in an attack claimed by a splinter group called the Continuity IRA. In keeping with police practice, the suspect was not publicly identified pending his arraignment Tuesday in court in Lisburn, a Belfast suburb.

In a statement the Police Service of Northern Ireland said the teenager would face criminal counts of murder, possession of a firearm, collecting information likely to be of use to terrorists, and membership in the outlawed Continuity IRA.

Nobody has been charged in connection with the other attack, a March 7 ambush outside a British Army base that killed two soldiers as they collected pizzas from delivery men. A rival splinter gang, the Real IRA, admitted responsibility for that attack, which also wounded two other soldiers and both pizza couriers.

The killings were the first of British security forces since 1998, the year that leaders of the British Protestant majority and Irish Catholic minority achieved a peace accord designed to end the three-decade conflict over Northern Ireland. Both sides of Northern Ireland's unity government, including former IRA commanders from the Catholic-backed Sinn Fein party, demanded that the public tell police about the IRA dissidents sheltering in Catholic areas.

However, Monday's charges come against the backdrop of rising complaints over the police's exceptionally long detentions without charge of suspected IRA dissidents under terms of a 2006 anti-terror law never before used in Northern Ireland. No dissident attacks have occurred since those arrests began two weeks ago.

Two Craigavon men aged 31 and 27 who were arrested March 16 on suspicion of involvement in the attack on Carroll were released without charge earlier Monday.

But eight others - largely being questioned about their alleged roles in planning or committing the army base shooting - continued to be held Tuesday at the police's main interrogation center in Antrim, west of Belfast.

Northern Ireland's human rights watchdog, Monica McWilliams, and her senior aides visited the interrogation center Monday and protested afterward that police were abusing their newfound powers to hold terror suspects for up to 28 days without charge. She specifically protested that the 17-year-old, the youngest suspect, had been held for too long.

"We have always been against these lengthy detention periods. The issue should be to charge people or to release them now after this length of time," said McWilliams, who added that some of the suspects were not even being interviewed by police.

Six of the eight suspected IRA dissidents still in police custody are pursuing a lawsuit challenging the police's right to hold them under terms of the Terrorism Act of 2006, which introduced the 28-day rule. A Belfast High Court judge is expected to make an initial ruling on their case Tuesday.