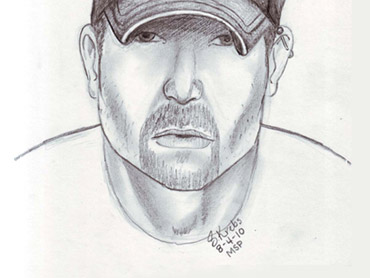 Police have confirmed a 16th victim as authorities continue searching for a knife-wielding serial stabber suspected of killing five people and injuring 11 others on Flint-area streets.

Genesee County Prosecutor David Leyton said Tuesday a 27-year-old Flint man told Michigan State Police that he was walking alone on the city's northwest side in the early morning hours July 27, when he was approached by a white man who asked for directions and stabbed him three times.

The victim, who is black, was treated at a hospital and released. All but two of Michigan's 16 victims were black.

The victim told police the suspect was driving a dark green Chevy S-10 Blazer with tan trim, with a model year ranging from 1995 to about 2004. The vehicle is linked to similar assaults in Toledo, Ohio and Leesburg, Va.

Police in Northern Virginia said Monday they think the killer in Michigan was responsible for three attacks there.

Leesburg Chief of Police Joseph R. Price said he was confident, though not certain, that a white man was responsible for two stabbings and a hammer attack in his town in the last week, as well as the Michigan murders. Descriptions of the suspect have also been similar in both states, but police haven't revealed any other evidence linking the stabbings.

The Leesburg victims were two African-American men and a Latino teen with a dark complexion. In Michigan, all but two of the 15 victims were black.

Police in Toledo, Ohio, were also investigating whether a stabbing Saturday that critically injured a church janitor, a black man, could be linked to the serial stabber.

The FBI is assisting Leesburg police, the lead agency investigating.

Most of the Michigan attacks occurred in Flint, about 50 miles north of Detroit. Flint is a predominantly black city, and investigators there were unsure if the attacks were racially motivated.

In Leesburg, some 420 miles away, blacks make up only about 10 percent of the population, and Price said investigators quickly concluded the attacks were targeting African-Americans.

None of the victims was robbed.

The attacks in the Flint began in May 24 and targeted males 17 to 60. But it was only last week that a pattern became apparent to police there.

The last attack in Michigan was Aug. 2. The first attack in Virginia was a day later. The first attack in Virginia occurred when a 15-year-old boy was stabbed in the back while jogging down a street in Leesburg. Two days later, a 67-year-old man was stabbed - also in the back - while sitting on steps of his apartment complex. The man lost a kidney but is expected to make a full recovery. And Friday, a 19-year-old victim was attacked with a hammer while walking through a shopping center parking lot.

All the victims have been by themselves.

In Michigan, Genesee County Prosecutor David Leyton said the descriptions of the suspect and his vehicle are similar to those provided by victims in Leesburg.

Survivors said the attacker approached victims in Flint seeking directions or help with a vehicle.