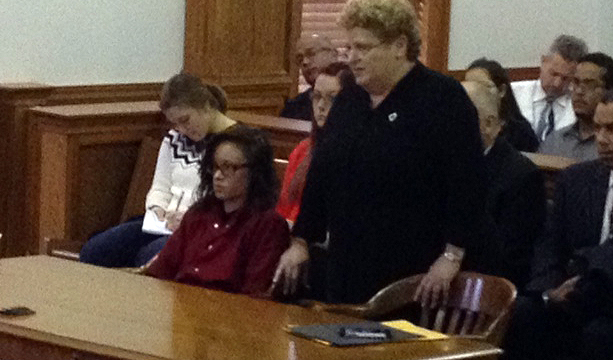 DETROIT -- A 16-year-old suburban Detroit girl faces up to 20 years in prison in a plot to kill her family members.

Roksana Sikorski was charged as an adult and pleaded guilty Monday to assault with intent to murder. She will be sentenced March 28.

The girl's adult boyfriend is serving life for his role in the 2014 plot. Michael Rivera was sentenced in August for attempted murder and conspiracy to commit murder.

Prosecutors say the then-15-year-old girl stabbed her 12-year-old brother in the neck and tried to stab her younger sister in their Plymouth Township home. Police say Rivera guided the girl from outside the house, advising her on what knife to use.

CBS Detroit reported that other messages included a diagram of the neck, instructions to cut it "like a tomato," and to make sure the victims stopped breathing, according to reports.

The boy's screams alerted family members, who interrupted the stabbings as Rivera and the girl fled. The boy was hospitalized, but survived the attack.

Investigators believe the pair plotted the attack as part of a plan to run away together. The girl's parents have said she and Rivera, whom she met on Facebook, were involved in a sexual relationship.

Sikorski was 4 years old when she, along with her sibling, was adopted from Poland where her lawyers says she suffered abuse.

Attorney Leslie Posner said the girl suffers from RAD or reactive attachment disorder, a rare but serious condition that occurs in children who have been neglected and are unable to form a healthy emotional attachment with their caregivers.