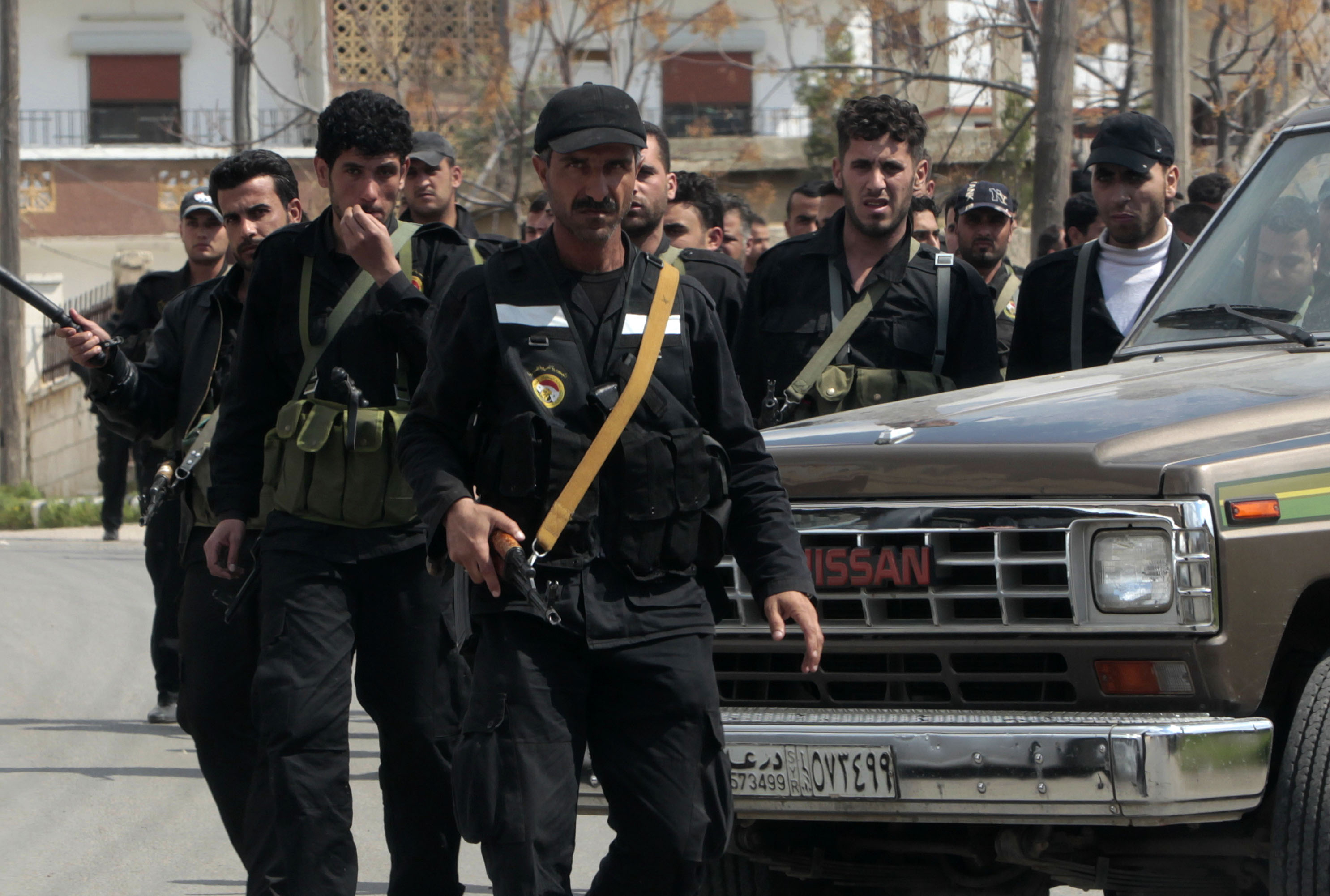 BEIRUT - A mass protest calling for sweeping changes in Syria's authoritarian regime turned bloody Friday, with the government and protesters both claiming to have sustained heavy casualties in a restive southern city as the country's three-week uprising entered a dangerous new phase.

Human rights activists and witnesses speaking to The Associated Press by telephone said Syrian security forces opened fire on tens of thousands of protesters in Daraa, killing 16 and wounding hundreds.

But state TV said 19 policemen and members of the security forces were killed when gunmen opened fire on them. It was the first significant claim of casualties by the government, which has contended that armed gangs rather than true reform-seekers are behind the unrest — and it could signal plans for a stepped-up retaliation.

Protest organizers have called on Syrians to take to the streets every Friday for the past three weeks, demanding change in one of the most authoritarian nations in the Middle East. The protests have shaken the regime of President Bashar Assad, whose family has ruled Syria for nearly 40 years.

Witnesses in Daraa told AP on Friday that residents turned mosques into makeshift hospitals to help tend to hundreds of wounded protesters. One man who helped ferry the dead and wounded to the city's hospital said he counted at least 13 corpses.

"My clothes are soaked with blood," he said by telephone from Daraa. Like most activists and witnesses who spoke to The Associated Press, he requested anonymity for fear of reprisals.

A nurse at the hospital said they had run out of beds; many people were being treated on the floor or in nearby mosques.

Ammar Qurabi, who heads Syria's National Organization for Human Rights, said most of the deaths happened in Daraa, which has become a flashpoint for anti-government protests. Sixteen people were killed in Daraa, three in the Damascus suburb of Harasta, and one in the central city of Homs, he said.

The witness accounts coming out of Syria could not be independently confirmed because the regime has restricted media access to the country. Human rights groups say around 115 people have been killed in the security crackdown.

Syria had appeared immune to the unrest sweeping the Arab world until three weeks ago, when security forces arrested a group of high school students who scrawled anti-government graffiti on a wall in Daraa.

Protests then exploded in cities across the country.

Daraa is parched and impoverished, suffering sustained economic problems from a yearslong drought.

Assad has made a series of concessions to quell the violence, including sacking his Cabinet and firing two governors.

On Thursday, he granted citizenship to thousands of Kurds, fulfilling a decades-old demand of the country's long-ostracized minority. But the protest Friday in Amouda — a Kurdish city — suggested the population still was not satisfied.

Despite the regime's gestures, many Syrian activists remain skeptical about the regime's concessions and have called for much more concrete reforms, such as lifting the state of emergency, which has been in place since 1963 and gives the regime a free hand to arrest people without charge.