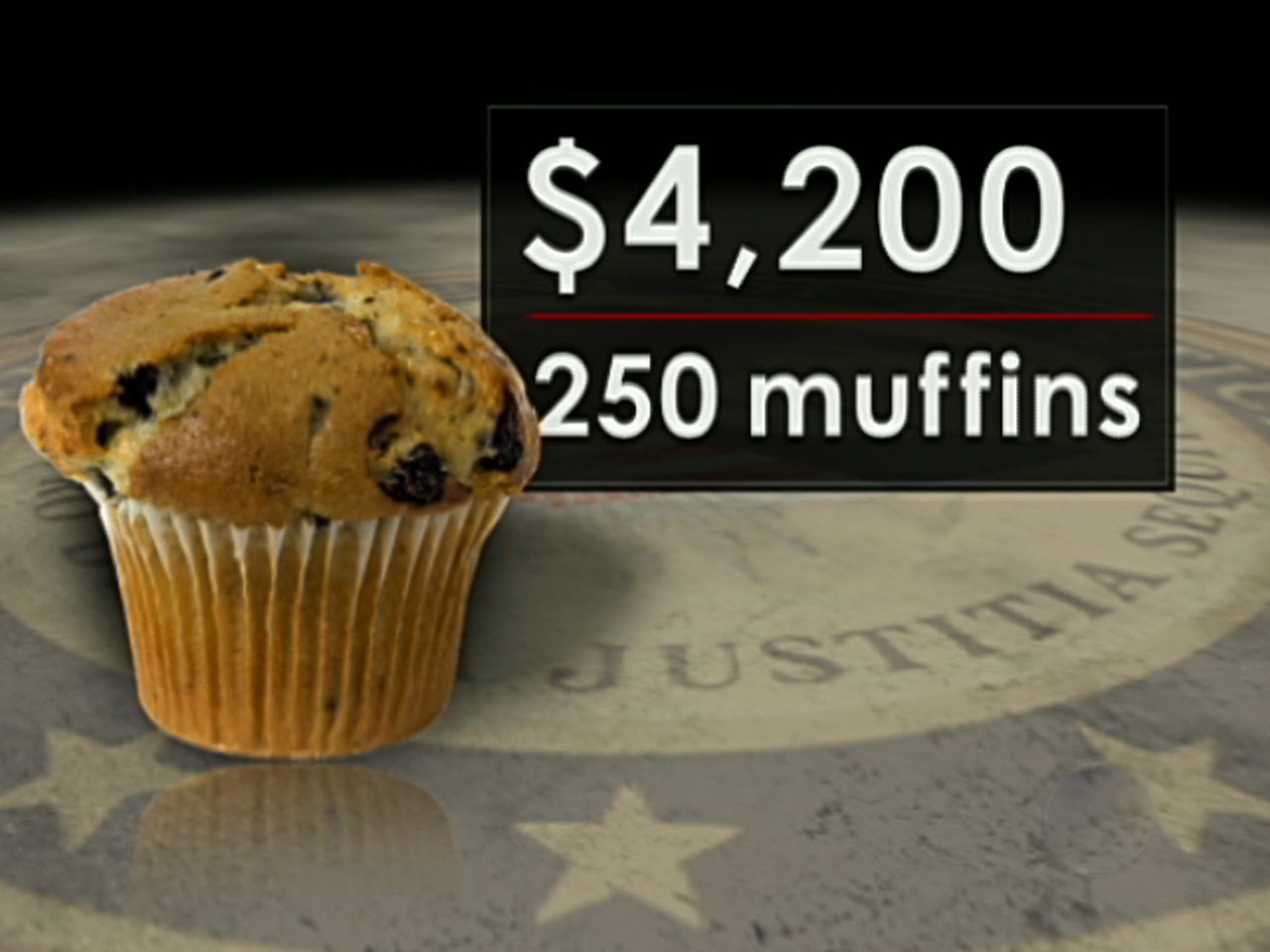 WASHINGTON - The government did not pay $16 apiece for breakfast muffins at a Justice Department conference, no matter what the department's inspector general thinks.

So says Hilton Worldwide, which hosted the 2009 legal training conference in Washington. Even the IG's own report issued this week acknowledges that for the price paid, they also got some free fruit and drinks.

Hilton Worldwide, which manages and franchises hotels including the Capital Hilton where the conference took place, says the price included not only breakfast baked goods but also fresh fruit, coffee, tea, soft drinks, tax and tips. It says the report misinterpreted its invoices, which often use shorthand and don't reflect the full menu and service provided.

The IG says that the total cost per person at the reception was $14.74 — 2 cents over the allowable Justice Department limit. Totaling up the items in the IG's report, the 534 attendees over five days were given 1,150 pastries, 1,350 pieces of candy and fruit, 1,250 cups of coffee and tea and 250 soft drinks.

The IG's audit of excessive spending at 10 Justice Department conferences was one of those news stories that make the public sit up and take notice. Once again, the profligate government was overspending. But it wasn't billions. Or even millions. It was muffins at $16 apiece, according to the IG's office.

The report referenced the $16 muffins half a dozen times and it said their cost was one of many food items that "appeared extravagant and potentially wasteful."

Not so, Hilton Worldwide said in a statement Thursday.

"In Washington, the contracted breakfast included fresh fruit, coffee, juice, muffins, tax and gratuity, for an inclusive price of $16 per person," Hilton Worldwide said in a statement.

"Dining receipts are often abbreviated and do not reflect the full pre-contracted menu and service provided, as is the case with recent media reports of breakfast items approved for some government meetings," Hilton Worldwide's statement added.

On Thursday night, IG spokesman Jay Lerner said that "we stand by our report."

In its report, the IG's office said the cost of the muffins was one of many food items that "appeared extravagant and potentially wasteful."

"Many individual food and beverage items listed on conference invoices and paid by the" Executive Office for Immigration Review for a legal training conference "were very costly," said the IG report. "The EOIR spent $4,200 on 250 muffins and $2,880 on 300 cookies and brownies. By itemizing these costs, we determined that, with service and gratuity, muffins cost over $16 each and cookies and brownies cost almost $10 each."