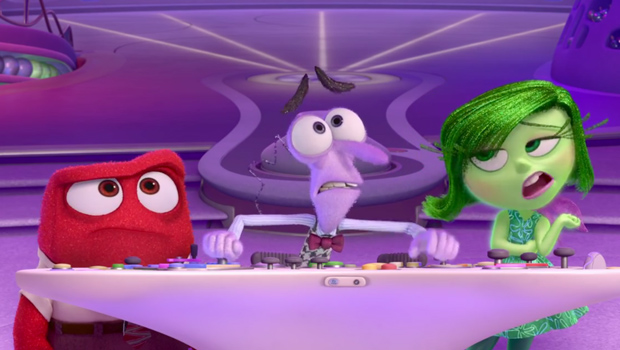 Sixteen features have been submitted for consideration in the Best Animated Feature category for this year's Academy Awards.

The styles of filmmaking on display include traditional hand-drawn animation, stop-motion and computer-generated imagery.

The submitted features are:

"Anomalisa" -Originally a radio play by Charlie Kaufman (the Oscar-winning screenwriter of "Eternal Sunshine of the Spotless Mind," "Being John Malkovich" and "Synecdoche, New York"), "Anomalisa" was adapted to stop-motion animation to tell its R-rated story of a lonely self-help speaker who falls for a ship passing in the night: a fan he encounters at an airport hotel in Cincinnati.

"The Boy and the Beast" -An anime from Japanese director Mamoru Hosoda ("Wolf Children") about a bear-like creature teaching samurai lessons to his human protégé.

"Boy and the World" - From Brazil, presented without dialogue, Alê Abreu's musical fable tells of a young boy on a journey from the country to the big city to reunite his family.

"The Good Dinosaur" - What would have happened if the asteroid that collided with Earth 65 million years ago, wiping out the dinosaurs, just passed by? You'd have a world in which dinosaurs keep human children as pets, in this latest CGI adventure from Pixar.

"Home" - A huggable alien befriends an Earth girl during an invasion of the planet.

"Hotel Transylvania 2" - The scary stars of Sony Pictures Animation's 2012 hit return, along with Dracula's adorable five-year-old grandson, who he hopes will follow in his vampire footsteps.

"Inside Out" - Pixar's delightful tale of a little girl's emotions trying to steer her through a turbulent time for her family is one of the funniest and most critically-acclaimed films of the year -- and certainly the most vivid depiction of developmental psychology in a movie, animated or otherwise.

"The Laws of the Universe - Part 0" - This Japanese anime about alien abduction features a band of students trying to alert others of the existence of evil reptilians intent on world domination (As the leader says, "I will win and the Earth will be mine!") Based on the work of Ryuho Okawa, founder of a religious group called Happy Science. Voice cast for the English-language version includes Dylan McDermott and Jennifer Beals.

"Minions" - The supporting characters from the "Despicable Me" movies get their own origin tale, in which they become the helpers of super-villain Scarlett Overkill (Sandra Bullock). Speaking gibberish didn't hurt them at the box office, cleaning up with $1.1 billion worldwide.

"Moomins on the Riviera" - Moomins, fairy tale characters in a series of popular books and comic strips from Finland, decide to take a vacation in the south of France ('cause who wouldn't?) in this hand-drawn comedy.

"The Peanuts Movie" - Charlie Brown, Snoopy and the rest of the gang are back, this time in a computer-drawn animation that seeks to replicate the stylings of Charles Schulz's original comic strip drawings.

"Regular Show: The Movie" - The Cartoon Network series "Regular Show" gets a big-screen adventure, in which slackers Mordecai and Rigby must travel back in time to save the universe from an evil volleyball coach's "Timenado." It's the other science fiction adventure this year that features the talents of Mark Hamill.

"Shaun the Sheep Movie" - Aardman Animations, the studio behind Wallace & Gromit, created this jaunt of an adventure in which Shaun the Sheep (introduced in the Oscar-winning short, "A Close Shave") and his barnyard friends must rescue the owner of Mossy Botton Farm, who's been accidentally transported to the city.

"The SpongeBob Movie: Sponge Out of Water" - The star of the Nickelodeon series returns for another feature (following his first outing in 2004), this time in both 2-D and three-dimensional CGI combined with flesh-and-blood actors.

"When Marnie Was There" - The Studio Ghibli production recalls the beautifully hand-drawn production of famed animator Hayao Miyazaki, in this adaptation of a British ghost story by Joan G. Robinson about a young girl whose new friend may be more spirit than girl.

Several of the films still must fulfill their required qualifying run in a Los Angeles theatre. If all 16 animated features are deemed eligible, five films will receive Oscar nominations. (Last year's award went to "Big Hero 6.")

This year's nominations will be announced live on the morning of Thursday, January 14, 2016.

The 88th annual Academy Awards will be held on Sunday, February 28, 2016, at the Dolby Theatre at Hollywood & Highland Center in Hollywood, telecast live on ABC and in more than 225 countries and territories worldwide.