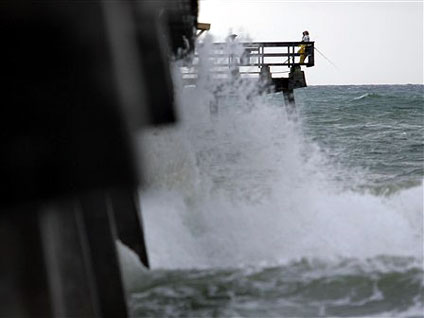 A jury has awarded $15.6 million to a man whose image was used for years without his permission on Taster's Choice coffee labels.

Russell Christoff, a former model from Northern California, posed for a two-hour Nestle photo shoot in 1986 but figured it was a bust —- until he stumbled across his likeness on a coffee jar while shopping at a drug store in 2002.

"There was a jar with my picture on it," he told The Early Show co-anchor Julie Chen Tuesday, "and I was just a bit surprised. After the shock, which lasted, you know, a few seconds, I picked it up and I walked up and I showed the jar to a woman that works there and I said, 'Look.' And she said, 'Wow! That's you!' And I said, 'Thank you. I will take this jar!' "

A legal dispute with Nestle USA ensued, during which Christoff, 58, declined the company's $100,000 settlement offer, and Nestle USA turned down his offer to settle for $8.5 million.

"I never gave my consent," he said to Chen. "We had a contract that spelled out the terms of the agreement, but there was just no follow-up on it.

"I filed it away, and the contract sat there for 18, 19 years and -- I save things, which I guess is obvious. And no. They never had the permission."

Last week, a Los Angeles County Superior Court jury ordered Nestle USA to pay Christoff $15.6 million for using his likeness without his permission and profiting from it. The award includes 5 percent of the Glendale-based company's profit from Taster's Choice sales from 1997 to 2003.

During that time, Nestle sold the freeze-dried coffee with labels featuring Christoff's face in the United States, Mexico, South Korea, Japan, Israel and Kuwait. The company's Canadian arm started using his image in 1986.

"The employee that pulled the photo thought they had consent to use the picture," Heller said.

Eric Stockel, an attorney for Christoff, said he hadn't expected such a large verdict.

Christoff, who while working as a model had appeared in corporate training videos and hosted his own public television show, is now a kindergarten teacher in the Bay Area community of Antioch.

He first came across his picture while shopping for bloody mary mix, and says there's a good reason he didn't spot it sooner.