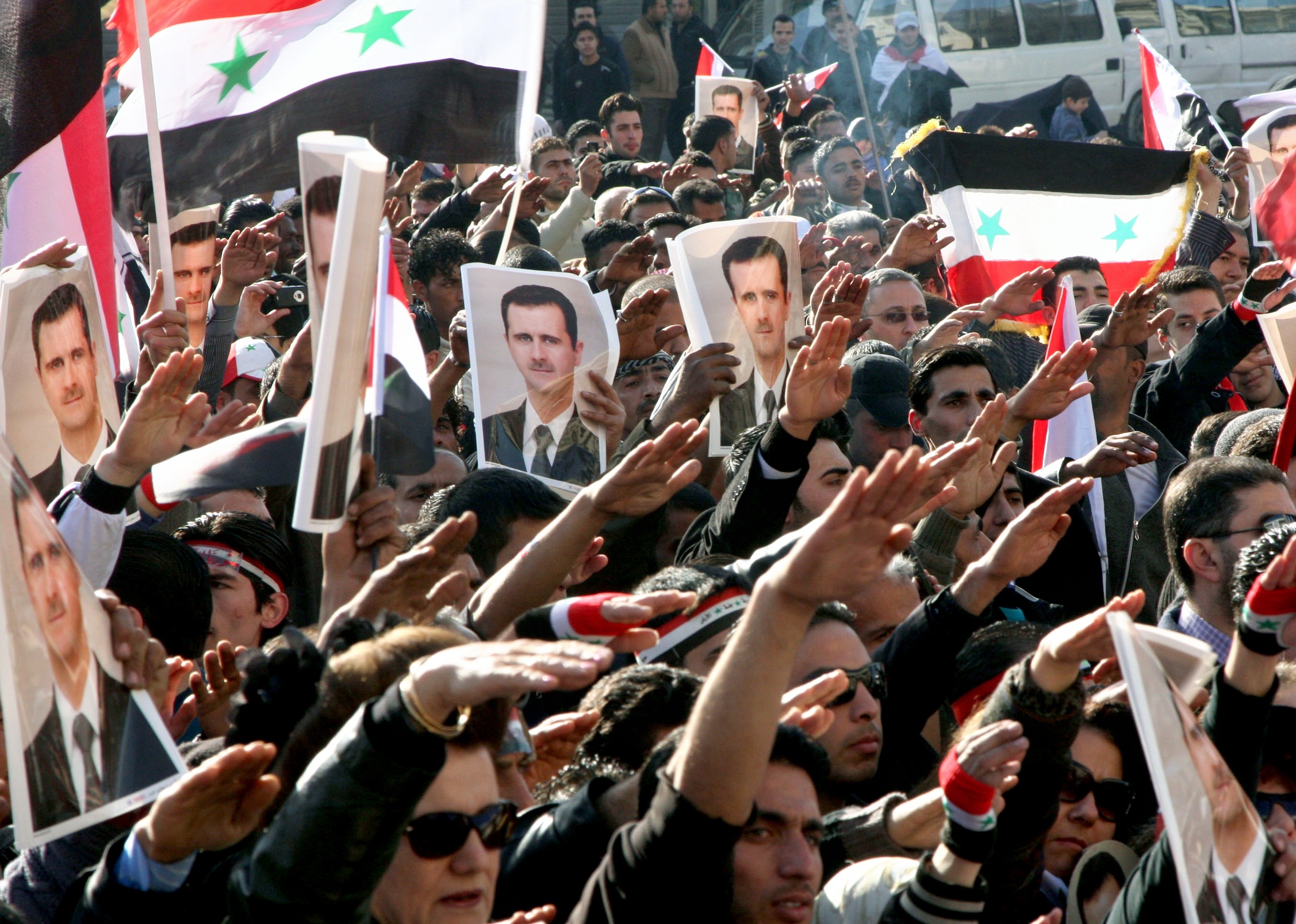 BEIRUT - Security forces pursuing anti-government activists and army defectors shot dead at least 47 people in Syria on Tuesday, pushing the toll for two days of violence to nearly 150 even as the regime prepared to allow in foreign monitors under an Arab League plan aimed at stopping the bloodshed.

Syrian state television showed pictures of military maneuvers and said they were meant to show its forces are ready to "repulse any aggression the enemies of our nations might think about."

Activist groups said about 100 people were killed on Monday, the same day Syria agreed to the monitors after weeks of stalling. About 70 of the dead were said to be army defectors. The groups said Tuesday's toll was at least 47 and possibly as high as 62.

The opposition is deeply skeptical that the agreement to allow the monitors in is anything other than stalling for time as international pressure on President Bashar Assad grows. The huge toll for two days of violence, among the highest since March, has reinforced that skepticism.

Commenting on the agreement to allow monitors, the U.S. said it will judge Syria by its actions.

"We've seen too many broken promises from the Syrian regime. So we're really less interested in a signed piece of paper than we are in actions to implement commitments made," State Department spokeswoman Victoria Nuland said Monday night.

The British-based Syrian Observatory for Human Rights said 47 people were killed throughout the country on Tuesday. Another activist group, the Local Coordination Committees, put the toll at 62.

The deadliest incident was in the town of Kfar Owaid in the northwestern province of Idlib where activists said troops attacked with heavy machine gun fire or shells and killed at least 23 people, said the observatory. The LCC put the death toll in the town at 25.

"The violent shelling of the town continues," the LCC said in a statement.

The Syrian conflict has become increasingly militarized in recent weeks, with clashes nearly ever day between army defectors and troops. The northern province of Idlib has witnessed some of the most intense clashes. On Monday, security forces killed up to 70 army defectors as they were deserting their military posts in Idlib near the Turkish border, activists said.

The Arab League plan calls for removing Syrian forces and heavy weapons from city streets, starting talks with opposition leaders and allowing human rights workers and journalists into the country, along with observers from member countries.

Assad's regime accepted the monitors after Arab leaders warned they would turn to the U.N. Security Council to try to end the crackdown that the U.N. says has killed at least 5,000 people since March.

He said 500 observers will eventually deploy around the country in small groups of at least 10.

Syrian state TV said the country's air force, air defense units and naval forces conducted military maneuvers with warplanes, helicopters, surface-to-air and ground-to-sea missiles. The TV, which did not say when the maneuvers were conducted, showed warplanes and helicopters firing missiles at targets in a desert area. It also showed surface-to-air missiles hitting targets in the air.

"The maneuvers aim to test the capabilities of the air force and air defense to repulse any aggression the enemies of our nations might think about," said the TV which also showed special forces being dropped from helicopters.

The TV, which said the drill "was similar to a real battle," showed missiles being fired from ground to the sea.

The maneuvers come nearly two weeks after Syrian forces conducted a similar drill during which surface-to-surface missiles were fired. They appear to be meant as a deterrent against any type of international action along the lines of the NATO air campaign that helped oust Libya's Moammar Gadhafi.

Syria wouldn't have to look far for prime targets to strike, sharing a border with U.S.-backed Israel and NATO-member Turkey.

Also Tuesday, Assad issued a new law under which anyone found guilty of distributing weapons with the aim of committing "terrorist acts" would be sentenced to death, state-run news agency SANA said.

The Syrian government claims armed gangs and terrorists are behind the uprising, not protesters seeking more freedoms under one of the most authoritarian regimes in the Middle East.

SANA said that according to the new law, anyone found guilty of weapons smuggling would be sentenced from 15 years to life imprisonment. Those smuggling and distributing weapons with the aim of carrying out terrorist acts would get a death sentence.