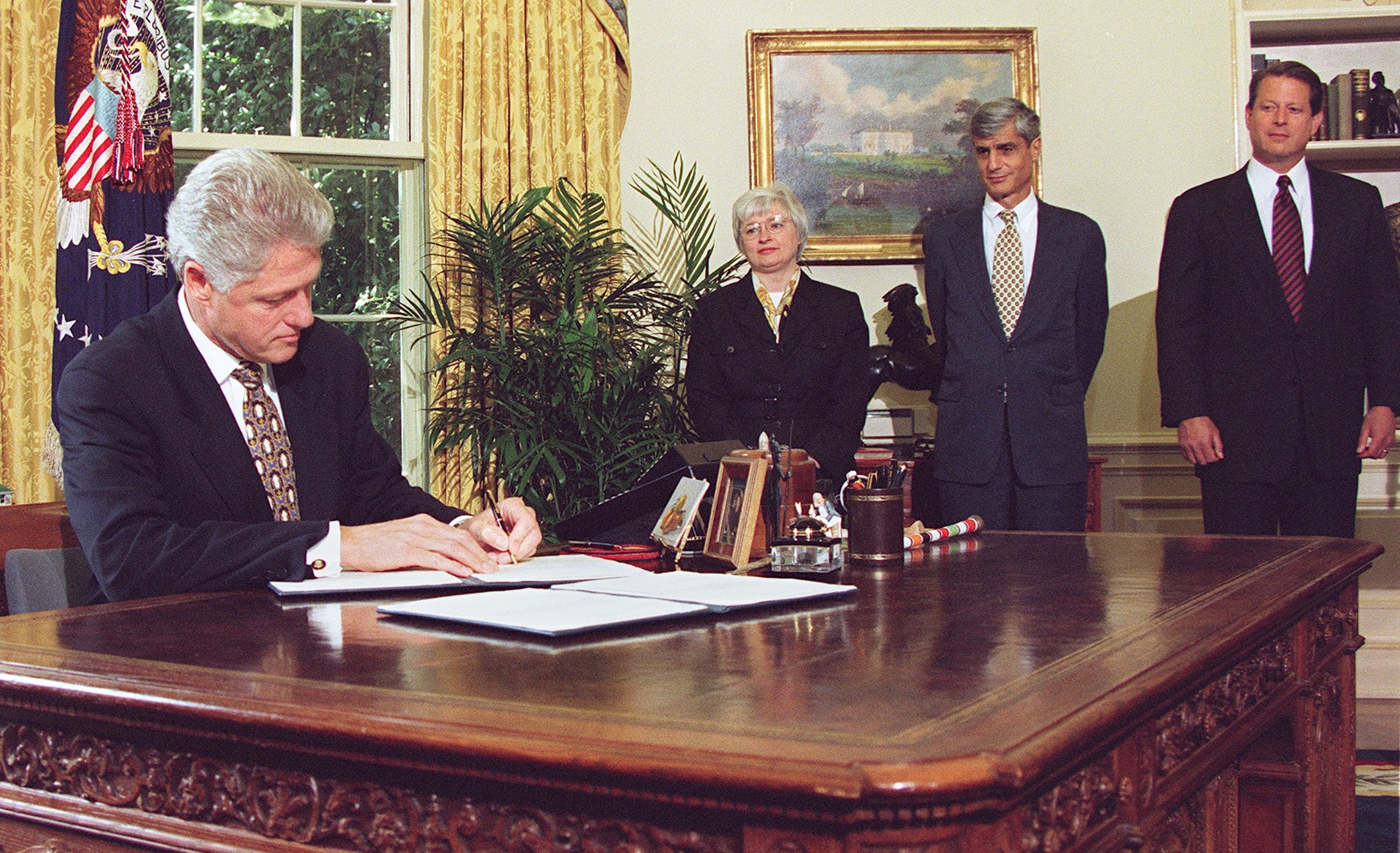 (CBS News) On August 11, 1997, former President Bill Clinton became the first person in American history to sign a federal bill into law with a line-item veto, exercising a controversial - and fleeting - form of legislative power that remains a source of heated political debate 15 years later.

On the authority of a 1996 law, which enabled U.S. presidents to select portions of legislation to void before signing a bill into law, Clinton cut three measures from a tax and budget bill, declaring victory over Washington special interests in a signing ceremony for the law.

"From now on, presidents will be able to say 'no' to wasteful spending or tax loopholes, even as they say 'yes' to vital legislation," he said at the time. "Special interests will not be able to play the old game of slipping a provision into a massive bill in the hope that no one will notice."

Meant to serve as a tool for presidents to eliminate "pork-barrel" spending in bills without having to veto the legislation entirely, presidents have been coveting line-item veto power since before the civil war: Everyone from Ulysses S. Grant to Ronald Reagan entreated Congress to give them line-item veto authority, but to date, Clinton is the only one to have that wish granted. (Unless you count Jefferson Davis, who presided over the Confederate States of America during the Civil War, and also had line-item veto power.)

Despite its bipartisan passage, the 1996 Line Item Veto Act was met with immediate challenges. Unlike most congressional battles, debate surrounding this issue tends to divide less along party lines than Constitutional ideology.

As CBS News reported in 1997, many believed Congress' approval of a presidential line-item veto represented "an unconstitutional relinquishing of legislative power."

(Watch the report from the CBS News archives, at left.)

Sen. Robert Byrd, D-W.V., who was such a Constitutional stickler that he carried a copy of the document in his pocket, decried the law as a "malformed monstrosity" and joined five other lawmakers in challenging the law's constitutional merits in court.

That challenge was dismissed by the Supreme Court on a technicality, but the following attempt to knock down the line-item veto succeeded: On June 25, 1998, the Supreme Court deemed that "there is no provision in the Constitution that authorizes the president to enact, to amend or to repeal statutes."

By that time, Clinton had used his veto power to strike 82 items in 11 bills.

"The decision is a defeat for all Americans," Clinton said in response to the decision. "It deprives the president of a valuable tool for eliminating waste in the federal budget and for enlivening the public debate over how to make the best use of public funds."

Supreme Court decision or no, presidents continue to fight for the authority they say can save the nation billions of dollars. (Clinton's first use of the line-item veto alone saved $625 million, as CBS News' Sharyl Attkisson reported at the time.)

Last February, in a rare moment of bipartisanship, the House of Representatives voted to give President Obama that power. Like most such attempts, however, the attempt was unsuccessful: The Senate never even brought it up for a vote.