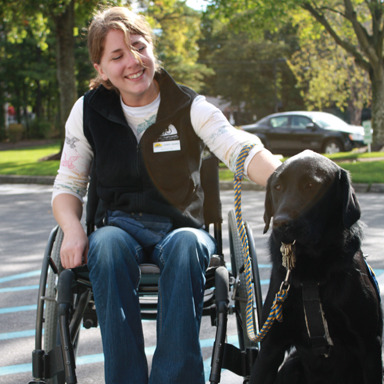 About 15 percent of the world's population -- some 785 million people -- has a significant physical or mental disability, including about 5 percent of children, according to a new report prepared jointly by the World Health Organization and the World Bank.

The disabilities run the entire gamut of impairment, from blindness and limb loss to chronic pain and mental retardation. The problems, especially among old people, are more prevalent in low-income countries than in rich ones. The report found that they are worsened by poverty, although in some places disabilities do not inevitably cause poverty.

However everywhere disabilities are made worse by dozens of other variables, including stigma, architectural barriers, lack of legal protection, the cost of devices and assistance, and the lack of knowledge by others (especially health professionals) about how to interact with disabled people, according to the report released Thursday at the United Nations in New York.

The report is the first by WHO analyzing data about disability around the world and its effects.

"The message is that we cannot continue to discriminate against or ignore the needs of such a large proportion of the world's population," said Etienne Krug, the Belgian physician and epidemiologist at WHO who led the study.

The document, 350 pages long, is the first major health report by WHO to be available in Braille, Krug said. There is also a version for people with mental retardation consisting largely of pictures and captions.

The project took four years and involved 360 researchers around the world, many of them disabled. Together, they sought out and analyzed hundreds of censuses, epidemiological surveys and scientific articles but did not do any primary research of their own.

The problem of disability is likely to get substantially worse unless governments acknowledge it, they say. Two huge trends are contributing to its growth.

Almost exactly two-thirds -- 66.5 percent -- of all years lived with disability in low- and middle-income countries are the consequence of "non-communicable diseases," which is the category that includes heart disease, stroke, mental illness, emphysema and cancer. That number is seven times the percentage of disabilities attributable to infectious diseases -- measles, whooping cough, pneumonia, meningitis, AIDS -- that are still far more prevalent in poor countries than rich ones.

But as incomes rise in once-poor countries and hundreds of millions of people start working in offices, eating hamburgers, smoking, having no unavoidable physical exertion and getting fat, the spectrum of disability seen in the United States is going global. It includes the impairments caused by overweight, diabetes, arthritis, inactivity, atherosclerosis and chronic lung disease.

The other is age.

Everywhere disability is associated with growing older. In Australia, about 11 percent of the population a decade ago was elderly, but that group accounted for 35 percent people with disability. In Sri Lanka, about 7 percent of the population was 65 or older but that demographic group accounted for 23 percent of disabled people. Disability is especially high in people in their 80s, the "age cohort" growing fastest in the world, about 4 percent a year.

The subject is of interest to the World Bank, which provides loans and grants of money to many of the world's poorer countries. It views educational "mainstreaming" laws, curb cuts, wheelchair lifts on buses and prohibitions against discrimination in hiring as relatively easy measures in the effort to make societies fairer and more prosperous.

"It is a development issue," said Tamar Manuelyan Atinc, the World Bank's vice president for human development. "Disability impairs the ability of people to function as workers, as mothers and as fathers. Those are development issues."

The WHO, headquartered in Geneva, regularly shoulders the responsibility of gathering the data on a global basis for particular health problems. This one was particularly difficult. It not only had the usual problem of finding the least data about the places where the problem was likely to be greatest -- namely, low-income countries in Africa and Asia -- but it also had to define "disability," which is a fluid concept that depends not only on the physiological state of an individual but the barriers to activity.

"The big message here is that people are facing barriers and that is what the main problem is," said Krug. "Disability is an interaction between the impairment and the barriers put up by society and the environment."

Disability is further complicated simply by definition, as was evident in two surveys done in Ireland in the past decade. In 2005, the Central Statistics Office conducted a rigorous survey of the population that included two questions about physical functioning. It found that 9.3 percent of the population was disabled. Later that year, a separate survey interviewed households more extensively and added chronic pain and breathing problems to the menu of disabling symptoms. It came up with a national disability rate of 18.5 percent.

There has been considerable improvement in many places in recent years, including in many poor regions.

For example, a recent three-year project in Allahabad, India, aimed at mainstreaming disabled children successfully enrolled many in school and increased their vaccination rates, according to the report. In a poor district of Karnataka, India, a government project to build toilets for everyone was aided by a local organization, Mobility India, and a Swiss charity in building 50 toilets accessible to disabled people. They no longer have to crawl long distances, or be carried, to a place where they can defecate.

Mali, Niger and Burkina Faso have had a substantial reduction in Neisseria meningitis -- a cause of deafness and permanent brain damage in children in the 25-country "meningitis belt" of Africa -- following introduction of a vaccine against the infection. In Uganda, the Sustainable Clubfoot Care Project is helping provide orthotics and train health-care workers. In Brazil, public transport systems are adopting "universal design" features to allow access to disabled riders.

The report provides a laundry list of suggestions to countries about how to recognize the needs of the disabled, accommodate them and above all include them in policy making. There is no single piece of advice stated as most important, although in interviews the need to mainstream disabled children in schools appears to be at the top of the list.

It's an issue that matters to Judy Heumann, a 63-year-old specialist on disability rights who works for the State Department. She is in New York to help launch the WHO report.

"I've seen many changes in our country," she said Wednesday. "We've gone from a country where children with disabilities didn't have a right to go to school and where denying a person a job based on their disability wasn't illegal."

She contracted polio in 1949. She has a severe case, with paralysis of her legs and now with post-polio syndrome limited use of her arms, too. In 1952, when she was old enough for kindergarten, her mother pushed her wheelchair to the local public school in Brooklyn, pulled it up the outside stairs and presented her daughter for enrollment. She was prepared to do this every day.

Heumann was turned away. Instead, she was given 2 1/2 hours of home tutoring a week. In fourth grade, she was finally admitted to school.