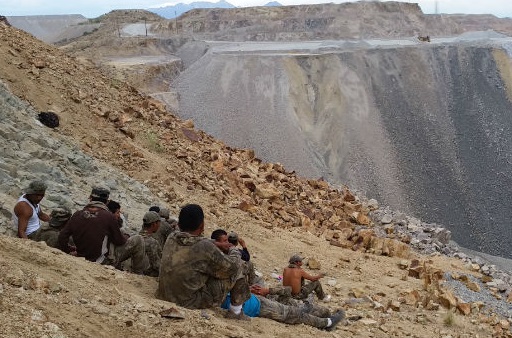 The incident happened July 19 when a group of men being tracked by agents entered the mine.

"The agents realized that loose soil lining the mine's edge would make it too dangerous for anyone to exit safely," the Border Patrol said in a news release. "BORSTAR agents then deployed to the area to conduct an emergency extraction using ropes."

Border Patrol said the men, from Mexico, Guatemala and Honduras, were in the United States illegally.