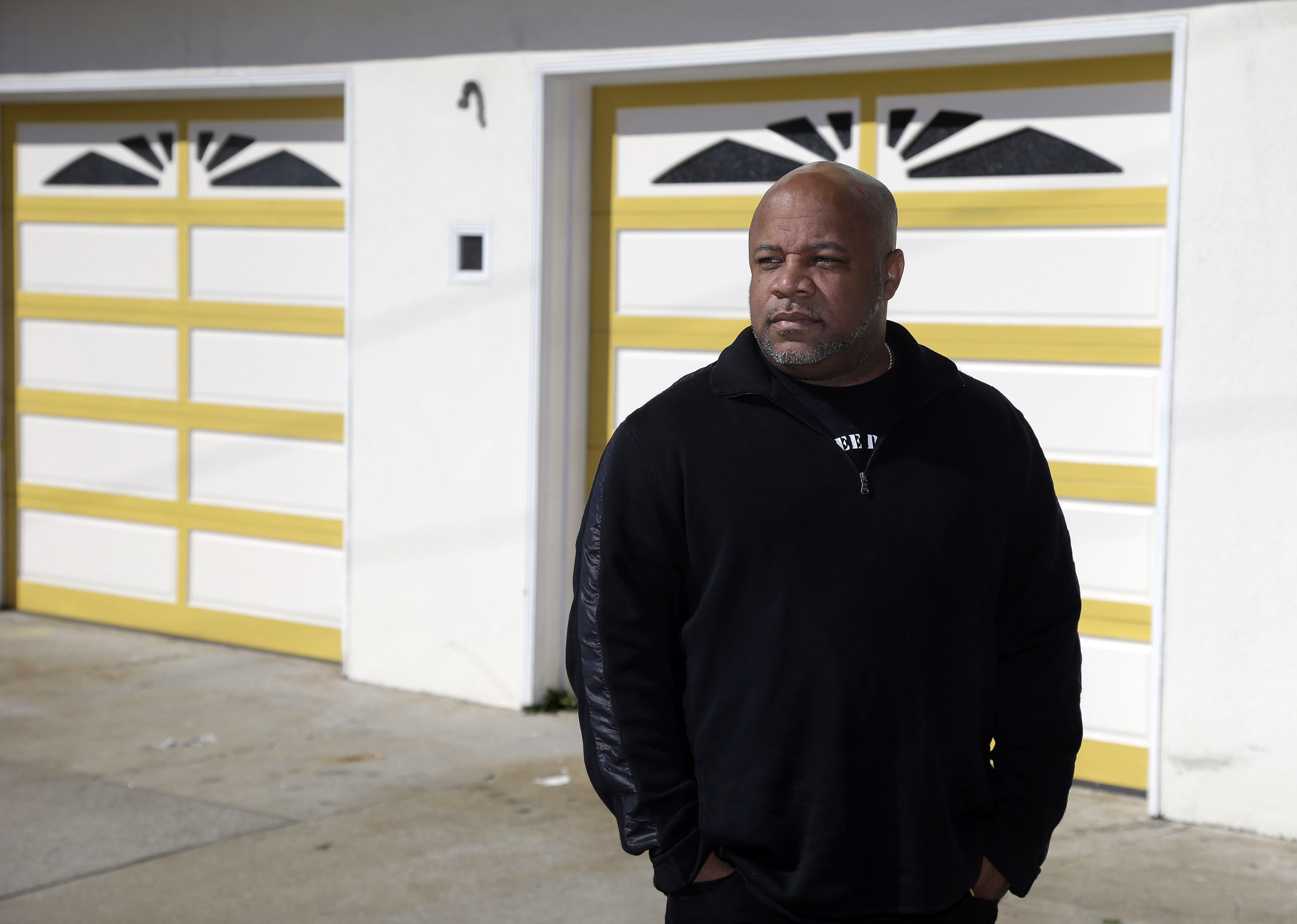 SAN FRANCISCO - Nearly 1,400 lifers in California's prisons have been released over the past three years -- a sharp turnaround in a state where murderers and others sentenced to life with the possibility of parole almost never got out.

Since taking office three years ago, Gov. Jerry Brown has affirmed 82 percent of the parole board decisions, resulting in a record number of inmates with life sentences going free.

Brown's predecessor, Arnold Schwarzenegger, authorized the release of 557 lifers during his six-year term, sustaining the board at a 27 percent clip. Before that, Gov. Gray Davis over three years approved the release of two.

This dramatic shift in releases under Brown comes as the state grapples with court orders to ease a decades-long prison crowding crisis that has seen triple bunking, prison gyms turned into dormitories and inmates shipped out of state.

Crime victims and their advocates have said the releases are an injustice to the victims and that the parolees could pose a danger to the public. More than 80 percent of lifers are in prison for murder, while the remaining are mostly rapists and kidnappers.

"This is playing Russian roulette with public safety," said Christine Ward, executive director of the Crime Victims Action Alliance. "This is a change of philosophy that can be dangerous."

The governor's office said the overcrowding crisis plays no role in the parole decisions.

Rather, the governor's office said, each case is addressed individually and Brown is bound by court orders that require state officials to ease the stringent parole requirements that have dramatically increased the time murderers spend in prison.

Today, an inmate convicted of first-degree murders can expect to serve an average of 27 years- almost twice what it was two decades ago before California became the fourth state to give governors the politically fraught final decision on lifer paroles.

Since then, the number of lifers has grown from 9,000 to 35,000 inmates, representing a quarter of the state prison population. But two seminal California Supreme Court rulings in 2008 have significantly eased tough parole restrictions.

The court ordered prison officials to consider more than the severity of the applicant's underlying crimes. It ruled that inmates' records while incarcerated plus their volunteer work should count heavily in assessing early release.

State figures show that since the rulings, the board has granted parole to nearly 3,000 lifers, including 590 last year and a record 670 in 2012. In the three decades prior to the 2008 rulings, only about 1,800 such prisoners were granted parole.

California's parole board decides which prisoners serving life sentences are suitable for release, but governors have veto power.

Davis reversed only two of 232 parole board decisions granting parole between 1999 and 2002 - a rate of 2 percent. Schwarzenegger sustained the board at a 27 percent clip during his seven years in office when he was presented with 2,050 paroles granted by the board.

Brown has allowed 82 percent of the 1,590 paroles granted by the board.

Brown's office says he is operating under a different legal landscape than previous governors, and that he is following court rulings and a 23-year-old state law that gave governors the power to block paroles of lifers who the state board found suitable for release.

A Stanford University study of lifer paroles between 1990 and 2010 found that a murderer had a 6 percent chance of leaving prison alive since governors were given the power to veto board decisions.

Gov. Pete Wilson, the first governor vested with veto power, used it sparingly, though the parole board was approving just a few dozen paroles a year compared with the hundreds the board has been approving in recent years.

"If an individual is eligible for parole and the board determines they are no longer a threat, the law says they must be paroled unless there is firm evidence indicating they are still a threat," Brown spokesman Evan Westrup said.

The few studies of recidivism among released lifers including a Stanford University report show they re-offend at much lower rates than other inmates released on parole and none has been convicted of a new murder.

Of the 860 murderers paroled between 1990 and 2010 that Stanford tracked, only five inmates committed new crimes and none were convicted of murder. The average released lifer is in his mid-50s. Experts say older ex-cons are less prone to commit new crimes than younger ones.

One of those inmates found fit for release by the board but blocked by Brown was James Mackey, a former University of Pacific football player found guilty of shooting his victim with a crossbow and then strangling him. Brown said Mackey hasn't sufficiently owned up to the crime.

"Until he can give a better explanation for his actions," Brown wrote, "I do not think he is ready to be released."

Ernest Morgan on the other hand, is a lifer Brown did let free.

Morgan, a San Francisco man convicted of the shotgun slaying of his 14-year-old stepsister burglarizing the family home, was turned down for parole five times before the board granted him parole, only to be overruled by Schwarzenegger.

Schwarzenegger wrote that Morgan posed "a current, unreasonable risk to public safety." And he noted that Morgan had at one point claimed that the shotgun had gone off accidentally, although he later acknowledged his guilt to the parole board.

"So I was devastated when Schwarzenegger denied my release," said Morgan, who now is majoring in business management at San Francisco State. "I felt I was a political pawn who would never get out."

In 2011, Brown approved his release after 24 years in prison. Brown made no comment in granting Morgan his release. Instead, the governor signaled his approval by taking no action within 30 days of the parole board's decision becoming official.

"It's been a remarkable and unexpected change," said Johanna Hoffman, Morgan's lawyer who has represented hundreds of lifers vying for parole since becoming a California lawyer in 2008. "The overcrowding issue has a huge amount to do with it."

Trevor Noah to depart "The Daily Show"
Thanks for reading CBS NEWS.
Create your free account or log in
for more features.
View CBS News In
CBS News App Open
Chrome Safari Continue
Be the first to know
Get browser notifications for breaking news, live events, and exclusive reporting.