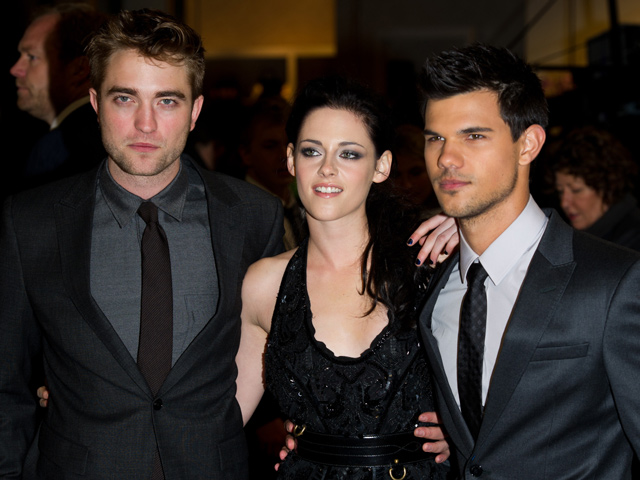 (CBS) The "Twilight" series has an extremely loyal fan base and box office watchers are predicting they are going to show up in droves for the opening of "Breaking Dawn - Part 1," estimating that the film could take in $140 million on its opening weekend in North America, despite bad reviews, according to reports.

Critics slammed the film's plot, saying it was far-fetched and lacking any real substance.

Todd McCarthy of The Hollywood Reporter said, "The film is like a crab cake with three or four bits of crab surrounded by loads of bland stuffing, but many can't tell the difference or don't care, which will largely be true for its captive audience."

Yet Twi-hards of Stephanie Meyer's series of novels-turned-movies make the films basically critic-proof, reports Reuters. The film sold out more than 3,500 showings in Canada and the United States on Fandango.com before the movie's midnight opening last night.

"Breaking Dawn" has been highly anticipated by its fans because they get to see young lovers Bella Swan (Kristen Stewart) and vampire Edward Cullen (Robert Pattinson) finally wed and consummate their relationship.

The New York Times' Manohla Dargis gave one of the few positive reviews saying, "the latest and best of the movies about a girl, her vampire and their impossible, ridiculously appealing - yes, I surrendered - love story."

The film is officially out in theaters.