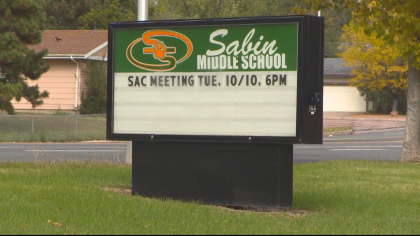 COLORADO SPRINGS, Colo. -- Two 13-year-old boys are under arrest for allegedly plotting to kill people at their middle school in Colorado Springs.

Police said Monday the boys were arrested following an investigation that began Wednesday when officers responded to "suspicious circumstances" at Sabin Middle School.

Police spokesman Lt. Howard Black said investigators learned the students had established a "kill list" and were messaging each other discussing how to carry out their threats made against staff, students and property.

"That was their terminology that they used in identifying some individuals that they wanted to punish," Black said during a press conference Monday, CBS Denver reports.

He said guns were recovered as part of searches done during the investigation but didn't disclose details.

Police believe the two boys are the only ones involved in the alleged plot.

The boys were detained at a juvenile detention center.