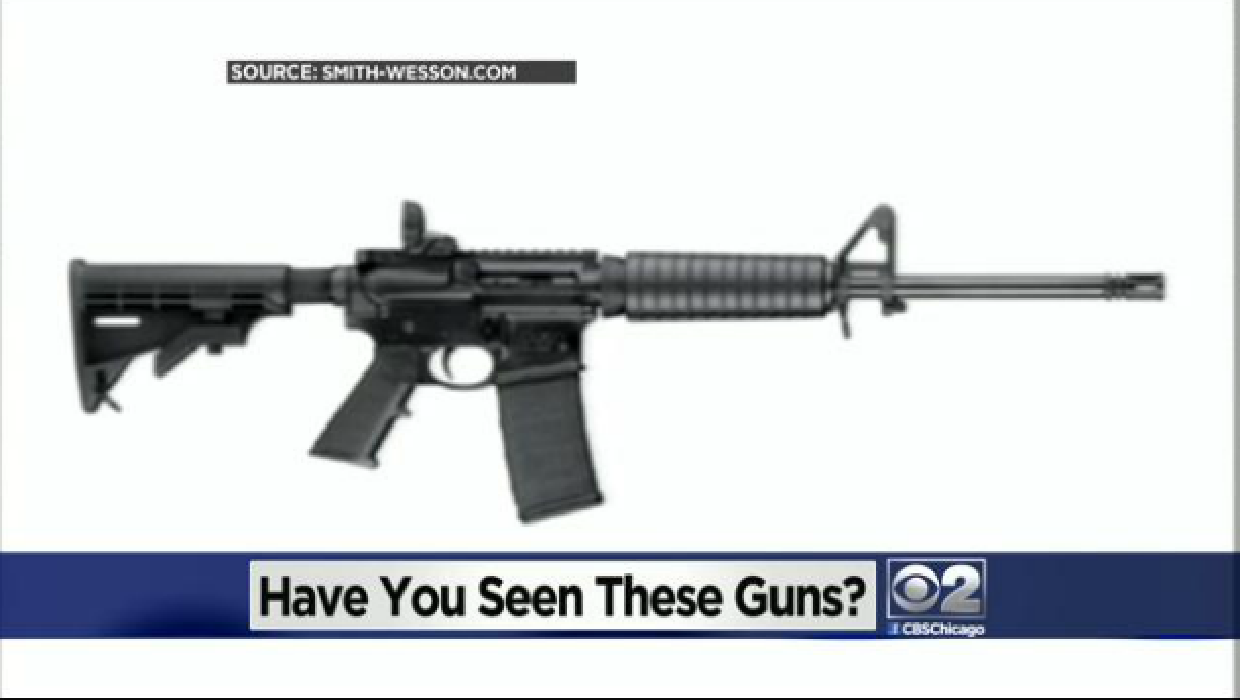 CHICAGO - Authorities are looking for 13 semi-automatic assault rifles that were stolen from a rail yard early last week in the Englewood neighborhood of Chicago, reports CBS Chicago.

The rifles were reportedly taken from a freight train container sometime between May 4 and 6.

The weapons were in the process of being transported to a licensed gun dealer out of state, according to the station. All 13 stolen are Smith & Wesson M&P15 semi-automatic rifles equipped with 30-round magazines.

The Bureau of Alcohol, Tobacco, Firearms and Explosives (ATF) is working with Chicago police to track down the guns before they can be used in any crimes, according to the station.

Authorities don't know if the thieves followed the weapons or whether they stumbled upon them. Police say that while the theft provides reason for concern, it is not surprising.

"It is probably a more frequent occurrence than you would believe," Chicago Police Supt. Garry McCarthy said, according to CBS Chicago.

"Safeguarding firearms is something that is incredibly important to prevent them from being stolen and hitting the streets," he said.