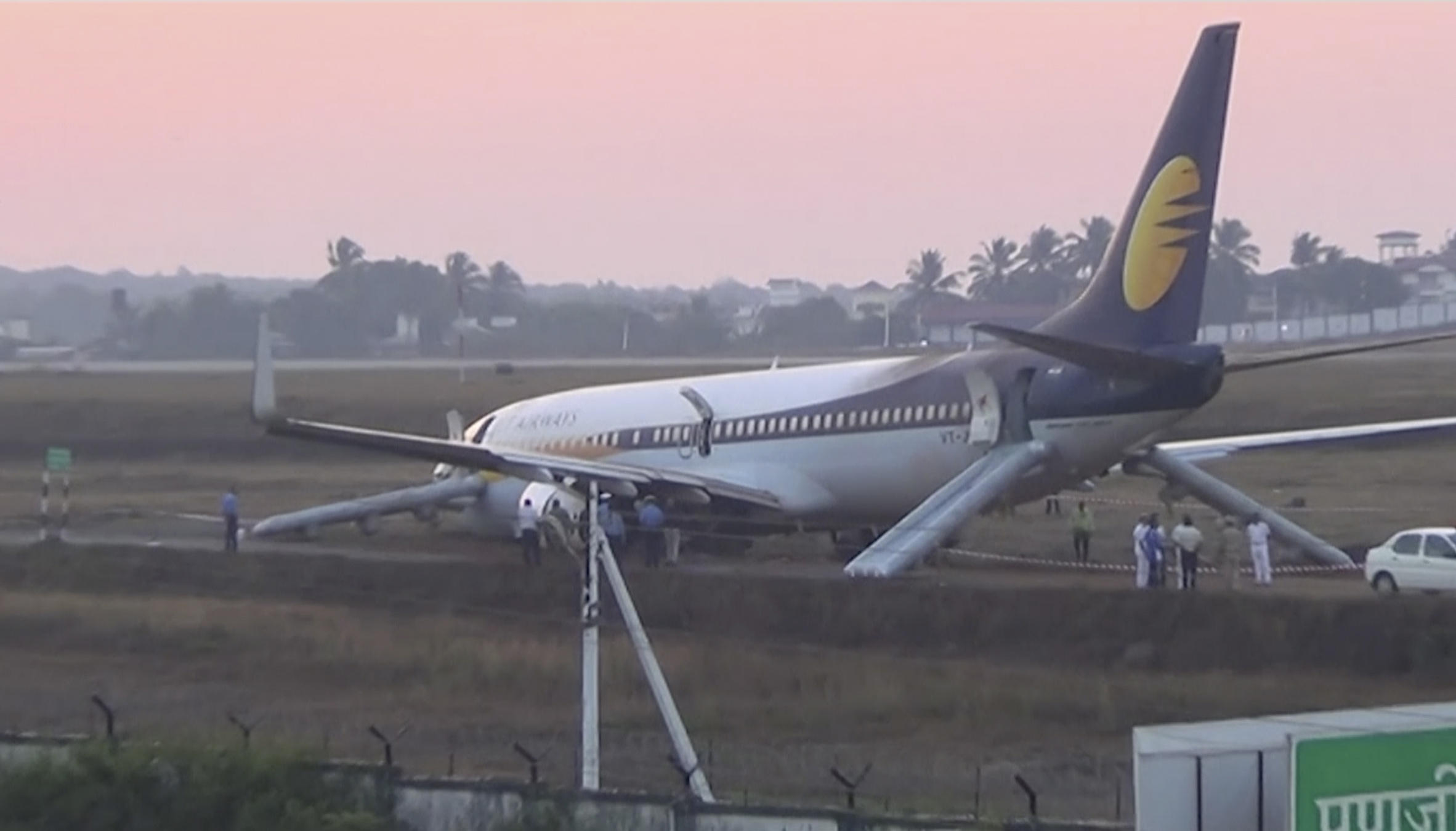 NEW DELHI -- India’s Jet Airways said that 12 passengers were injured during an emergency evacuation Tuesday after one of its planes veered off the runway before taking off on a domestic flight in western India.

The airline said on its website that 154 passengers and seven crew members were on board the Boeing 737-800 at Dabolim Airport in Goa, headed for Mumbai.

Seven of the 12 injured passengers were discharged after receiving medical attention, while the other five were still being treated. The airline said none of the injuries were serious.

One passenger, B.K. Singh, said there was panic on board as the plane got very bumpy and veered about 656 feet off the runway. He said several passengers were injured as they jumped from the exit onto the runway.