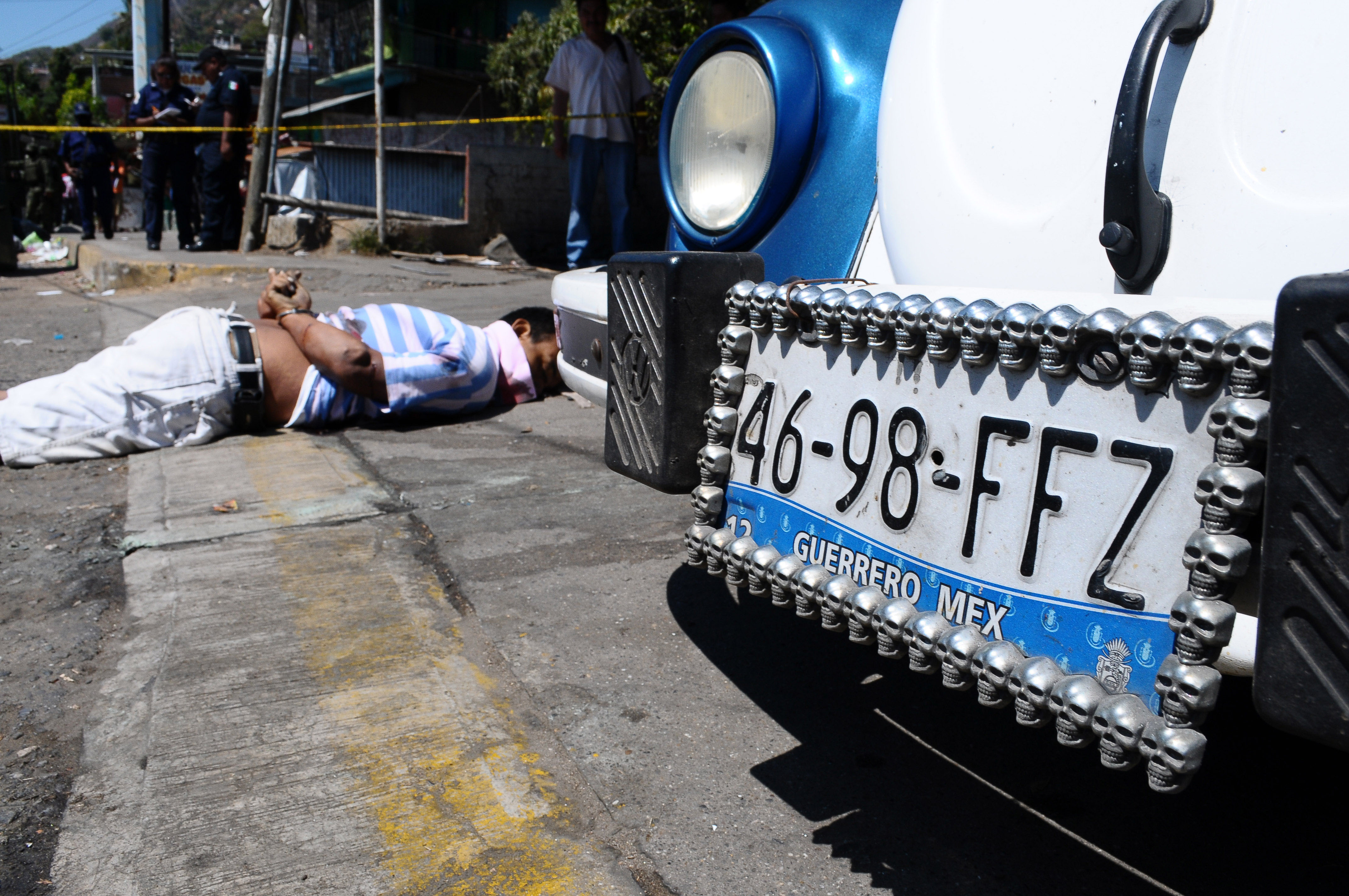 ACAPULCO, Mexico - A spate of attacks on taxis in the Mexican resort city of Acapulco has left 12 taxi drivers or passengers dead, police said Sunday, just hours before the Mexican Open tennis tournament is scheduled to start.

Acapulco has been the scene of bloody drug cartel turf wars, and taxi drivers have often been targeted for extortion or recruited by the gangs to act as lookouts or transport drugs.

The organizers of the largest tennis tournament in Latin America said in a statement Sunday that the Mexican government has assured them that appropriate security measures have been taken for the event that starts Monday.

Police in Guerrero state, where Acapulco is located, said that four suspects had been detained in relation with some of the attacks. The suspects had guns, a grenade and a machete that police say may have been used to decapitate some of the victims.

The attacks began Friday, when five taxi drivers were found dead in or near their vehicles.

The slaughter continued Saturday, when a driver was found bound and shot to death near his taxi, and two others were found dead of bullet wounds inside their vehicles. One of the drivers had been beheaded.

Gunmen opened fire on yet another taxi, killing the driver and three passengers.

On Sunday, the violence came closer to the city's tourist zone, where the tennis matches are held. Five cars were set afire and a man's body was found hacked to pieces outside an apartment building.

Dozens of cars have been set ablaze in Acapulco in recent days, for reasons that are not entirely clear.

The Pacific resort city has been hit by a wave of drug violence in Mexico, although little of the violence happens in tourist areas.

In January, the bodies of 14 men with their heads chopped off were found outside a shopping center. A 15th body with its head intact was also found nearby.

The Association of Tennis Professionals last week warned players about security concerns heading into the tournament Monday. The Mexican Open begins Monday as a combined ATP and WTA event and is the largest tournament in Latin America.

Players have received e-mails from the ATP about the situation, cautioning them about going out and suggesting they stay near their hotel. It's also been suggested they arrive as late as possible and leave once eliminated.

But tournament organizers said the group had received assurances from all levels of the Mexican government.

"Following an independent security assessment and discussions with tournament organizers, we are satisfied that responsible measures are being taken, and that the event has the full support of the authorities of Acapulco, the state of Guerrero, and the Mexican federal government," the statement said.

Tournament organizers have played down the security concerns, pointing out that the International Olympic Committee and President Jacques Rogge held their executive board meeting in the coastal resort in October.

Argentine player David Nalbandian said Saturday that he was thinking about withdrawing since he already has a groin injury and could use the rest before Argentina's Davis Cup match against Romania March 4-6.

"It's a great and enjoyable tournament to play," said Nalbandian, who was beaten on Saturday by Tommy Robredo in the quarterfinals of the Copa Claro in Buenos Aires.

"But for right now it's a little more difficult because of the security situation. We (players) are a bit scared about this and we're trying to decide what to do."

Tournament director Raul Zurutuza later confirmed Nalbandian's withdrawal. He said the danger was being exaggerated and complained about communications from the ATP and the WTA, which will also play a Mexico tournament.

"It is being blown out of proportion — what is going on, that we are concerned about the violence," Zurutuza said. "We are. But in the context of tennis being played, I believe a great week awaits us."

"I think things are being greatly exaggerated," Ferrer said. "We tennis players have all the guarantees" for personal safety.