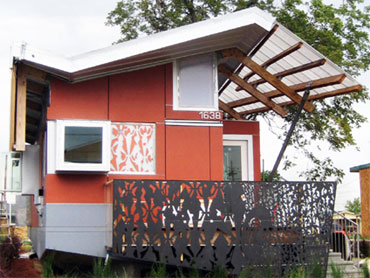 Imagine your reaction to a phone call, out of the blue, from a CBS News reporter who wanted to put your story on national network television. Your first inclination might be, "Why me?" or "But, I don't have a story."

For the past four years, CBS News Correspondent Steve Hartman has been proving that everybody does, indeed, have a tale worth telling with his "Everybody Has A Story" reports.

On Thursday, Jan. 16, on CBS News'The Early Show, Hartman, with multiple darts in hand, gave it a shot to let chance determine the hometown of his 100th "Everybody Has A Story" subject.

After several tosses, Buckhannon, W. Va, is the place where he will go to pick a name randomly from that town's local phone book and he will persuade the subject to tell his or her story.

That report will be broadcast on the CBS Evening News With Dan Rather and The Early Show on Thursday, Jan. 30. Additionally, Hartman and his 100th subject will be interviewed on The Early Show.

Hartman and CBS News cameraman Les Rose have criss-crossed the country since the first "Everybody Has A Story" report was broadcast on July 1, 1998, on the CBS News magazine show, Public Eye. The subject of that segment was a Garden City, Texas, man who came to the U.S. as an illegal immigrant and was forced to learn the value of hard work, which he taught to his family, including his deaf son.

This unique series of reports, for which Hartman has won virtually every major broadcast journalism award, including an Alfred I. duPont-Columbia University Award, an Emmy Award for writing and an RTNDA/Edward R. Murrow Award, are regularly broadcast on the CBS Evening News With Dan Rather and The Early Show, as well as on other CBS News broadcasts.

Viewed collectively, the reports represent a vivid first-person mosaic of real-life America. From small towns such as McMullen County, Texas, where the phone book consists of one page and the population totals 851, to big cities like Miami, Fla., "Everybody Has A Story" has taken Hartman to off-the-beaten-path places where network television simply doesn't go.

His four-year odyssey now tallies visits to 99 cities and towns in 40 states. It has also introduced him and CBS News viewers to a colorful collection of Americans, from a Laurinburg, N.C,. funeral director who has kept a mummy in his garage for 60 years, to two senior citizens who found love the second time around in a senior center in Camden, Tenn. Hartman's youngest subject (the general rule is that the person who answers the phone becomes the subject of the report) was a 4-year-old cowgirl from Nephi, Utah, and his oldest was an 87-year-old woman in Bastrop, La.

Perhaps surprisingly, the offer of national network television exposure doesn't always engender the expected reaction from Hartman's telephone inquiries. In fact, he has been greeted with more than his share of hang-ups and has often been mistaken for a telemarketer.

Hartman's current record for the most rejections before finding a willing subject in a single location stands at 44. But, while many are initially skeptical, he finds it isn't long before his subjects open up their homes and hearts, and that the effort is well worth the payoff.

Reporting and producing the series has had an effect on Hartman. "Working on this project has forever changed how I look at people," he says. "It's impossible now to walk past anyone and not realize that every single person is unique and has something worthy to say. I've met so many people from so many different walks of life during this project, and I've been able to see first-hand how wonderfully complicated we really are."

After the latest report is shown, Early Show anchors Harry Smith, Hannah Storm, Julie Chen and René Syler will talk to Hartman and his 100th "Everybody" subject live on the Thursday, Jan. 30 (7:00-9:00 a.m., ET/PT) broadcast.