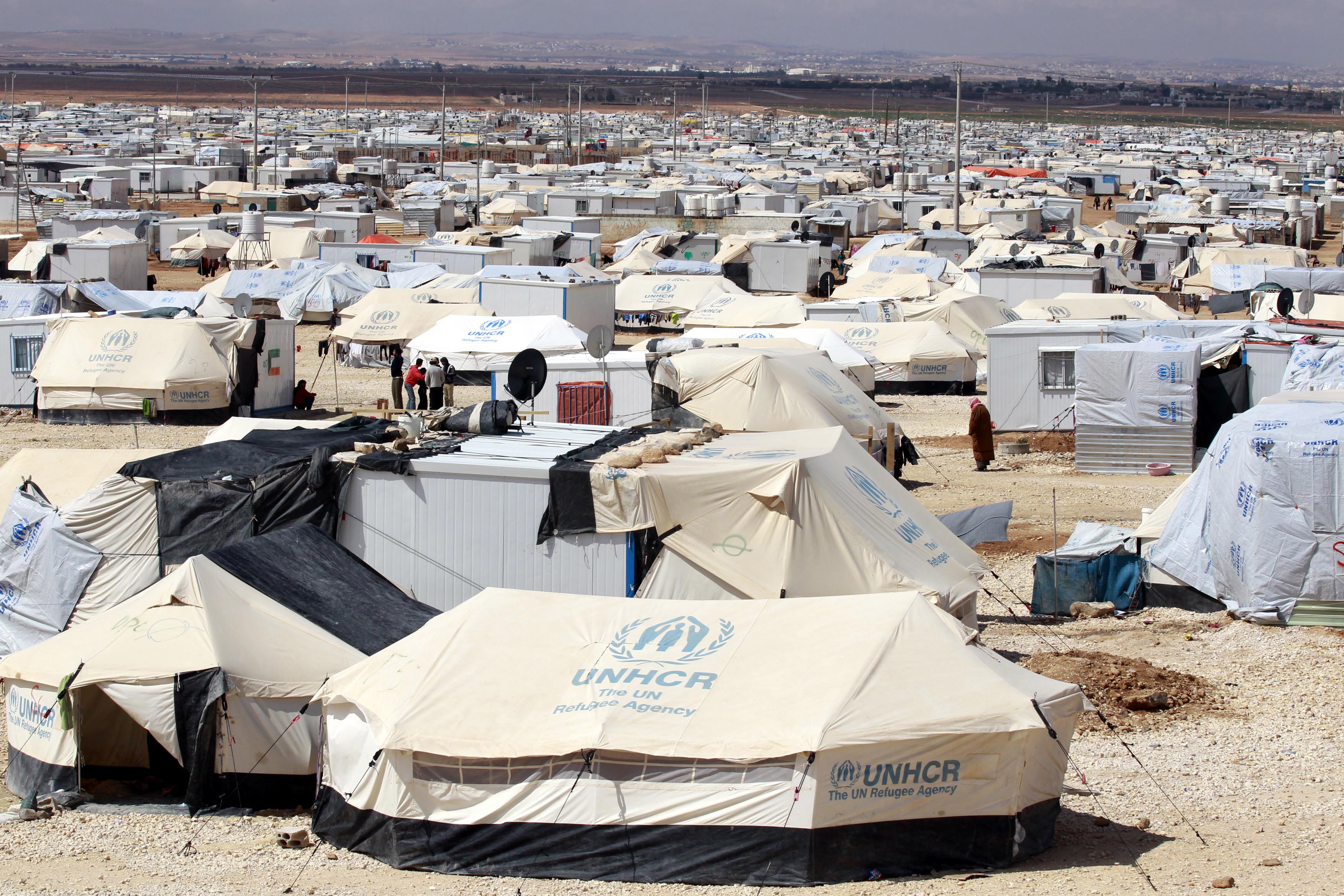 AMMAN, Jordan - The U.S. will reach its target this week of taking in 10,000 Syrian warrefugees in a year-old resettlement program, the U.S. ambassador to Jordan said Sunday, after meeting families headed to California and Virginia.

The resettlement program has emerged as an issue in the U.S. presidential campaign, with Republican nominee Donald Trump alleging displaced Syrians pose a potential security threat.

Alice Wells, the U.S. ambassador to Jordan, said Sunday that keeping Americans safe and taking in some of the world’s most vulnerable people are not mutually exclusive.

“Refugees are the most thoroughly screened category of travelers to the United States, and Syrian refugees are subject to even greater scrutiny,” she said.

Wells said the target of resettling 10,000 Syrian refugees in the U.S. in the 2016 fiscal year will be reached Monday, as several hundred Syrians depart from Jordan over 24 hours.

Nadim Fawzi Jouriyeh, 49, a former construction worker from the war-ravaged Syrian city of Homs, said he feels “fear and joy, fear of the unknown and our new lives, but great joy for our children’s lives and future.”

Jouriyeh, who suffers from heart problems, will be traveling with his wife, Rajaa, 42, and their four children. Their oldest son, 14-year-old Mohammed, said he is eager to sign up for school in San Diego and hopes to study medicine one day.

The resettlement program focuses on the most vulnerable refugees, including those who were subjected to violence or torture or are sick.

Close to 5 million Syrians have fled civil war since 2011. Most struggle to survive in tough conditions in neighboring countries, including Jordan, which hosts close to 660,000 Syrian refugees.

Only a small percentage of Syrian refugees have been resettled to third countries. Instead, donor countries are trying to invest more in job creation and education for refugees in regional host countries to encourage them to stay there instead of moving onward, including to Europe.

Wells said the U.S. has taken in more refugees from around the world over the years than all other nations combined.