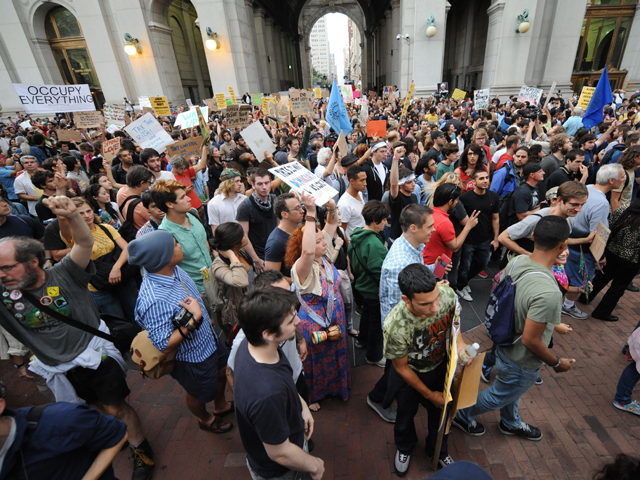 NEW YORK - More than 1,000 demonstrators speaking out against corporate greed and social inequality have taken their protest to the New York Police Department headquarters.

The Occupy Wall Street protesters camping out in lower Manhattan marched several blocks north Friday to police headquarters. They demonstrated there for about two hours against the police response to the downtown protest, which is in its second week.

Critics have accused officers of being heavy-handed, saying they have roughed up people who did nothing wrong. The NYPD has disputed that claim.

The protesters also say they're upset about reports from The Associated Press that an NYPD intelligence unit has sought to infiltrate the city's Muslim community.

Friday's march was peaceful. Police say there were no arrests.