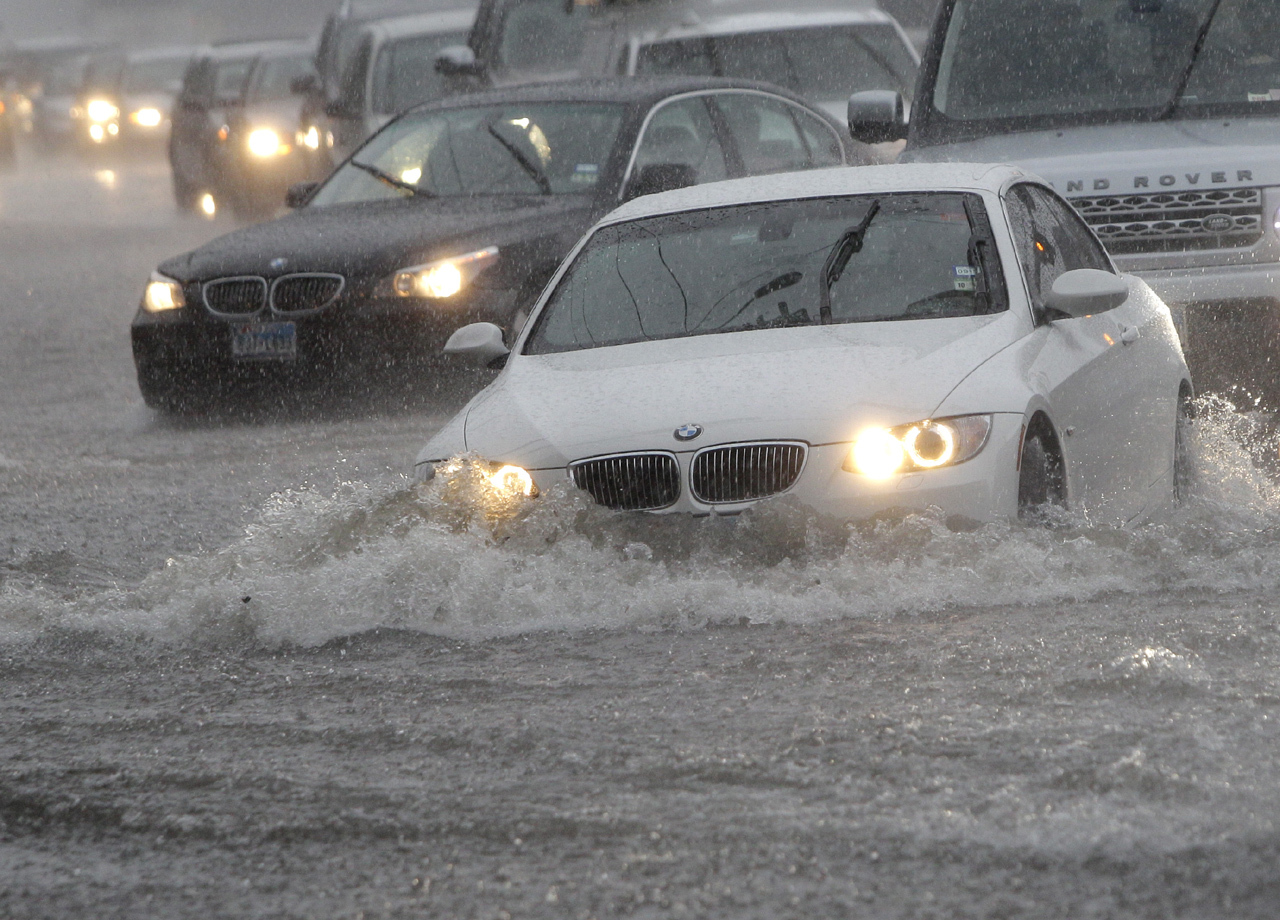 (CBS/AP) HOUSTON - Historic rainfall levels that drenched the Houston area this week flooded dozens of homes and caused widespread street flooding, but the rain also is likely to result in the end of drought conditions in Southeast Texas, officials said Friday.

Officials estimated that fewer than 100 homes were flooded after Cypress Creek, located in the northwest part of the Houston area, rose above its banks after getting about 14 inches of rain over the past couple of days, said Francisco Sanchez, a spokesman for the Harris County Office of Homeland Security and Emergency Management.

County officials were still trying to reach flooded neighborhoods on Friday to better assess the damage, but initial reports had homes affected anywhere from a few inches to a couple of feet of water, Sanchez said.

"Some areas along Cypress Creek got more rain in the last 24 hours than in Hurricane Ike (in 2008) or from major flooding in 1998," Sanchez said.

CBS Affiliate KHOU reports it will be mostly dry Saturday morning, but there is a 60-percent chance of rain beginning in the afternoon.

In northwest Harris County, a good portion of the subdivision called the Enchanted Valley Estates was only accessible by boat. Homeowners could be seen using canoes, pontoon boats and even a jet ski to navigate around the area.

Firefighters rescued several families from the Norchester subdivision near Cypress Creek Friday when two to three feet of water seeped into their homes overnight.

Several people also had to be rescued early Friday morning after driving into high water.

Gary Whitaker Jr., who lives in one of the areas affected by Cypress Creek, said street flooding in his neighborhood had started to recede on Friday but a nearby subdivision still had streets that were impassable. Water from the creek was flowing "like a waterfall" across one street and into a golf course, he said.

"Quite a few people in our subdivision couldn't go to work today. They couldn't get out (due to flooded streets). It was pretty risky," he said.

Whitaker, 36, who lives in Cypress, an unincorporated area in northwest Harris County, said there were no reports of flooded homes in his neighborhood.

The American Red Cross in Houston sent out workers Friday to affected neighborhoods to assess the flooded homes, said spokesman Cameron Ballantyne. The agency had not opened any shelters.

A shelter had been opened in Montgomery County at Living Stones Church in Magnolia, but church secretary Linda Arnold said no residents had used the facility.

Victor Murphy, a climate expert with the National Weather Service, said one rain gauge on the border of Harris and Waller counties recorded 10.3 inches of rain in a 10 hour period.

Murphy said that amount of precipitation within that short period of time suggests that area experienced a "100-year rainfall event," which caused Cypress Creek to overflow.

Other areas in Southeast Texas also got large amounts of rain, including just west of Bay City in Matagorda County, which received about 18 inches this past week.

"Rainfall in the entire (Southeast Texas) area this week was in the 8 to 10 inch category," he said. "The average weekly rainfall for this time of year is about 1 inch or so."

While the current U.S. Drought Monitor shows some parts of Southeast Texas as being abnormally dry, that does not include this week's rainfall totals.

"When the next U.S. Drought Monitor comes out Thursday, there will not be any drought in Southeast Texas," Murphy said. Most of the rest of the state was expected to remain in drought conditions.

Even if Southeast Texas only experiences average rainfall or dry weather the rest of the summer, drought conditions should be kept at bay until at least the fall, Murphy said.

Sanchez said officials were hopeful Cypress Creek, which was still rising Friday, would eventually recede if the area was not inundated with more rain. Water levels at two other nearby creeks which had also flowed out of their banks, had started to fall.

Rain was forecast for this weekend but the chances of showers were expected to be lower than earlier this week.