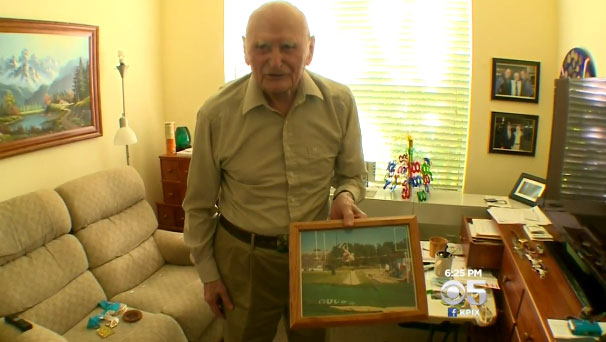 Just over the weekend, Pellman, who spends his days caring for his wife Marjoree, broke several world records for people his age, reports CBS San Francisco.

Pellman has been competing in senior track meets since he was 70 years old. He has entered 890 events and has gold medals in all but five of them.

A decade ago, CBS San Francisco interviewed Pellman. At the time he was 90 years old and showing off his shot-put skills.

Pellman realizes, what he is doing at his age, isn't exactly normal.

But Pellman did all those things last weekend and ended up setting world records in five out of his six events. Pellman tells CBS San Francisco he missed on the pole-vault because his assisted living home doesn't have a pit out back to practice on.

Pellman shattered the world record for his age group by more than three seconds.

"There aren't too many people that can even walk a hundred meters to say nothing about running them," he said.

Pellman often competes against men 30 years younger than he is. But that isn't slowing him down.

"I like it when somebody says I've been competing with you for the last 20 years and I'm getting sick of looking at your back," he said.