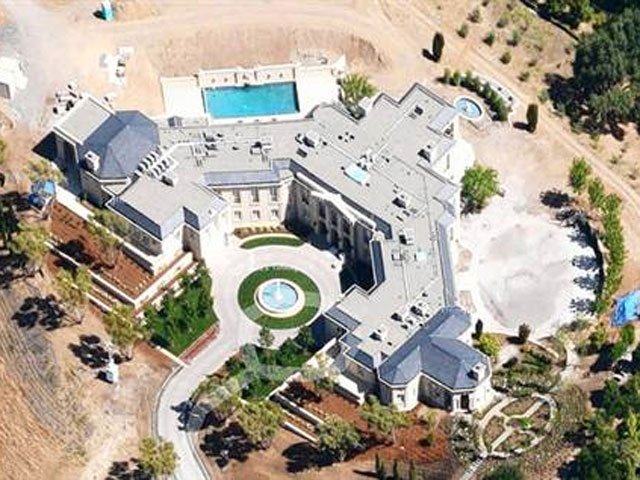 It's nice to know that in these hard economic times, the world's billionaires are doing alright. One billionaire in particular, Yuri Milner, recently decided to buy a new house: a sprawling $100 million California mansion - the most expensive one-family home ever sold in the U.S.

The 25,500-square-foot home in Los Altos home is modeled like a French chateau on steroids. It has five bedrooms, nine bathrooms and sits on 11 acres of land. There is also a ballroom and indoor and outdoor pools, according to the Wall Street Journal.

The 49-year-old Yuri Milner made his fortune in the digital world with Digital Sky Technologies. He rocketed to wealth with a $200 million investment in Facebook two years ago that has since turned into $10 billion.

Meanwhile, most housing prices across the country have been falling. Some major cities are experiencing the lowest prices in eleven years. Clearly, Milner knows a buyer's market when he sees one.

Milner, who lives in Moscow with his wife and two children, told the Wall Street Journal through a spokesman that he has no plans to move into the house he just dropped nine figures for. Good for him.