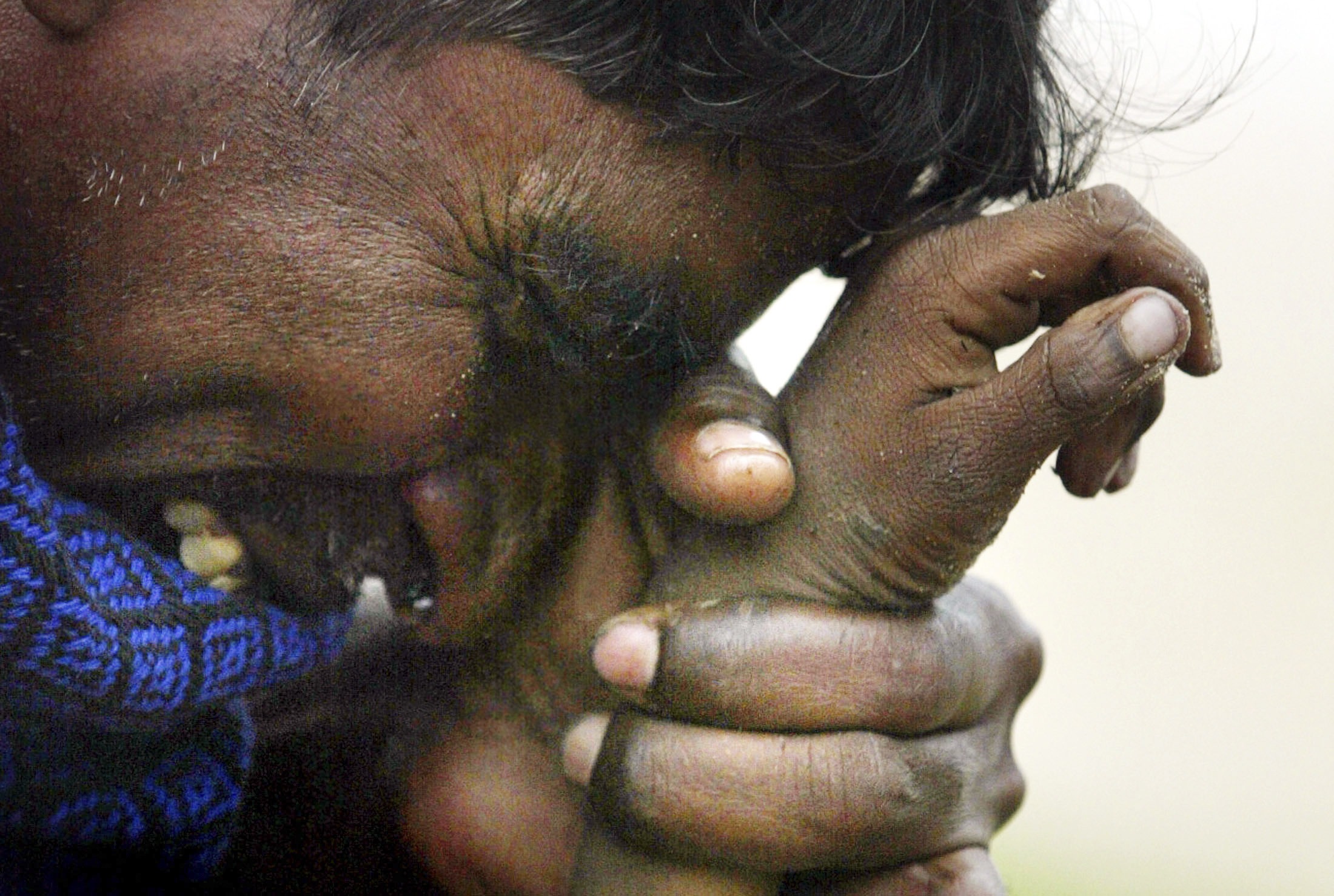 A child of rural Myanmar, she boarded a small boat seeking a better life in Thailand, just as the Indian Ocean tsunami raced in.

Ten days later, her mother got a phone call that her 20-year-old daughter had died, and apparently vanished at sea in one of modern history's worst natural disasters.

It took her nearly 10 years to learn the truth. Her daughter's body had in fact been recovered after the tsunami and was buried in an anonymous grave. It lies today beside more than 400 unclaimed bodies at the Tsunami Victims' Cemetery in southern Thailand, a memorial to the disaster's forgotten victims.

The tombstones are marked with numbers, not names.

An Associated Press investigation helped track down two families with loved ones at the cemetery, including May Aye Nwe's mother. As the 10th anniversary of the disaster approaches, Aye Pu, now a 55-year-old widow, says her healing process can finally begin.

"For so long, I believed my child was lost," said Aye Pu, her eyes filled with tears, during an interview at her remote village in Myanmar's southern Karen state, where she taps rubber trees for a living. "It's impossible to put into words how very sad - and very happy - I now feel."

The discovery has rekindled emotion and memories of her daughter, a bright star in a family of farmers who was on the cusp of a new life.

May Aye Nwe dreamed of becoming a nurse and set off for Thailand to earn money, as do so many of Myanmar's poor. She and a childhood friend, Khin Htway Yee, traveled 1,000 kilometers (600 miles) from their village to the country's southern tip. At about 10 a.m. on Dec. 26, 2004, they boarded a boat to cross a tiny patch of the Andaman Sea to Thailand, a trip that takes about 15 minutes.

Earlier that morning, a magnitude-9.1 earthquake tore open a vast stretch of sea bed off Indonesia's Sumatra coast. It displaced billions of tons of water, sending waves roaring across the Indian Ocean, in some places at jetliner speeds. It killed about 230,000 people in 14 countries. More than 5,000 died on Thailand's Andaman Sea coast, where the waves swallowed resort beaches and flattened fishing villages.

Khin Htway Yee, who survived, said the calm sea turned violent a few minutes into the boat ride. She and May had never seen the ocean before, and didn't realize the waves were unusual.

"We were grabbing at one another," she said, speaking in the shade of her friend's family home. "She tried to pull me, but finally I had to push her away.

"There was nothing I could do. I was struggling for my life, and I couldn't save her," Khin Htway Yee said. She said she survived by holding onto a plastic container bobbing in the water.

After an hour at sea, she struggled ashore with one goal: To evade arrest. She had entered Thailand illegally and was too afraid to report what had happened to authorities. She disappeared into the illegal workforce and stayed two years in Thailand before returning home and starting a family.

May Aye Nwe's story helps explain why there are 418 unclaimed bodies at the Tsunami Victims' Cemetery, in the town of Ban Bangmuang. Experts believe most of those buried are migrant workers from Myanmar, also known as Burma, who came to do the jobs that Thais shun. Then, as now, many were working in the area illegally and had no documents. When they died, no one knew who they were, and those who did know were too scared to go to authorities.

"I believe that over 90 percent of these bodies are Burmese migrant workers," said Htoo Chit, a human rights advocate for Myanmar migrants, during an interview at the cemetery. "Many migrants who lost their loved ones, they were afraid of being arrested and deported. That's why there are so many bodies here."

The cemetery was created after a massive operation by international forensics experts to identify and repatriate victims was completed.

As part of the AP investigation, reporters sifted through more than 100 documents, finding mostly single names that led nowhere and non-working phone numbers. Some have DNA data but most have little beyond a reference number. Their gravestones are concrete blocks with metal plaques that bear a reference number.

May Aye Nwe's reference number was PM66-TA1415. It is unclear why she went unidentified because her body was found with her national identity card which AP used to find her village, and then her mother.

While most of the bodies in the cemetery will probably never be identified, one other family now has a degree of closure, after 10 years of waiting.

On a sunny morning last month, the body of Bhesraj Dhaurali, a tailor from Myanmar of Nepalese descent, was exhumed from the cemetery and cremated with Hindu rites, after the AP investigation traced police records to his family.

The ceremony was attended by his 19-year-old son and 20-year-old daughter. They were still in Myanmar when the tsunami killed both their parents, who had gone to Thailand to work. The son and daughter have followed in their footsteps, and now live in southern Thailand.

"If I could speak to my father today, I would ask him why he left us so early," said the daughter, Dipa Dhaurali. "It has been so many years. But after being able to see this with my own eyes, in a way it gives me some joy."

May's mother is too poor to travel to Thailand to retrieve her daughter's body, or to pay to have it brought home. She hopes the body can be cremated in line with Buddhist customs.

"I'm not angry. I don't blame anyone. I want to thank those who kept her body," Aye Pu said, sobbing. "This was my daughter's fate."