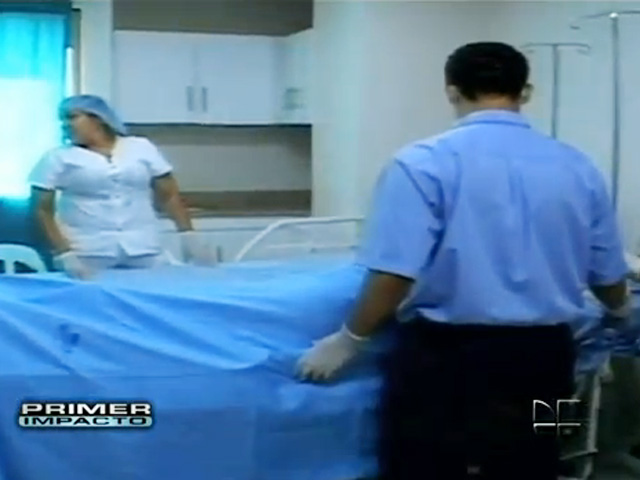 (CBS News) A 10-year-old girl from Colombia gave birth to a baby girl via cesarean section, Univision's Primer Impacto, reported. The girl hails from an indigenous tribe in the town of Manaure, a town in the Colombian Department of La Guajira.

The girl arrived at the hospital crying in "enormous pain" from her contractions. Despite her young age, police may not prosecute the matter since the girl is from the indigenous Wayuu tribe, which is allowed to govern itself, according to the The Telegraph.

"We've already seen similar cases of wayuu girls," Efrain Pacheco Casadiego the director of the hospital where the girl gave birth, told a Colombian radio station. "At a time when (the girls) should be playing with dolls, they go to having to take care of a baby. It's shocking."

Pregnant mothers this young could face major risks, according to doctors. They face a higher risk for pregnancy-induced hypertension (high blood pressure) or a dangerous condition called preeclampsia, in which a mom-to-be with high blood pressure also has protein in their urine, which causes sudden weight gain and swelling of the hands and face, WebMD reported.

According to the American Academy of Child & Adolescent Psychiatry, they could also face long-term risk for problems with school failure, poverty, and mental illness such as depression.

Univision reported that doctors delivered a healthy 5-pound, 5-ounce baby girl. The mother and child are still being observed at the hospital. The father's age is unknown.

"These girls are not ready to be pregnant. Their bodies are not mature," Dr. Frederick Gonzalez, a clinical professor of obstetrics and gynecology at NYU Langone Medical Center, told ABC News. "They may be able to get pregnant, but being able to have a baby is a whole other situation."

According to The Telegraph, the youngest mother in the world was named Linda Medina, who gave birth in Peru in 1933 when she was only 5 years old. Medina, who is now 78, had a son named Geraldo who died in 1979 at age 40 from bone marrow disease.

Here is the original report from Univision's Primer Impacto: