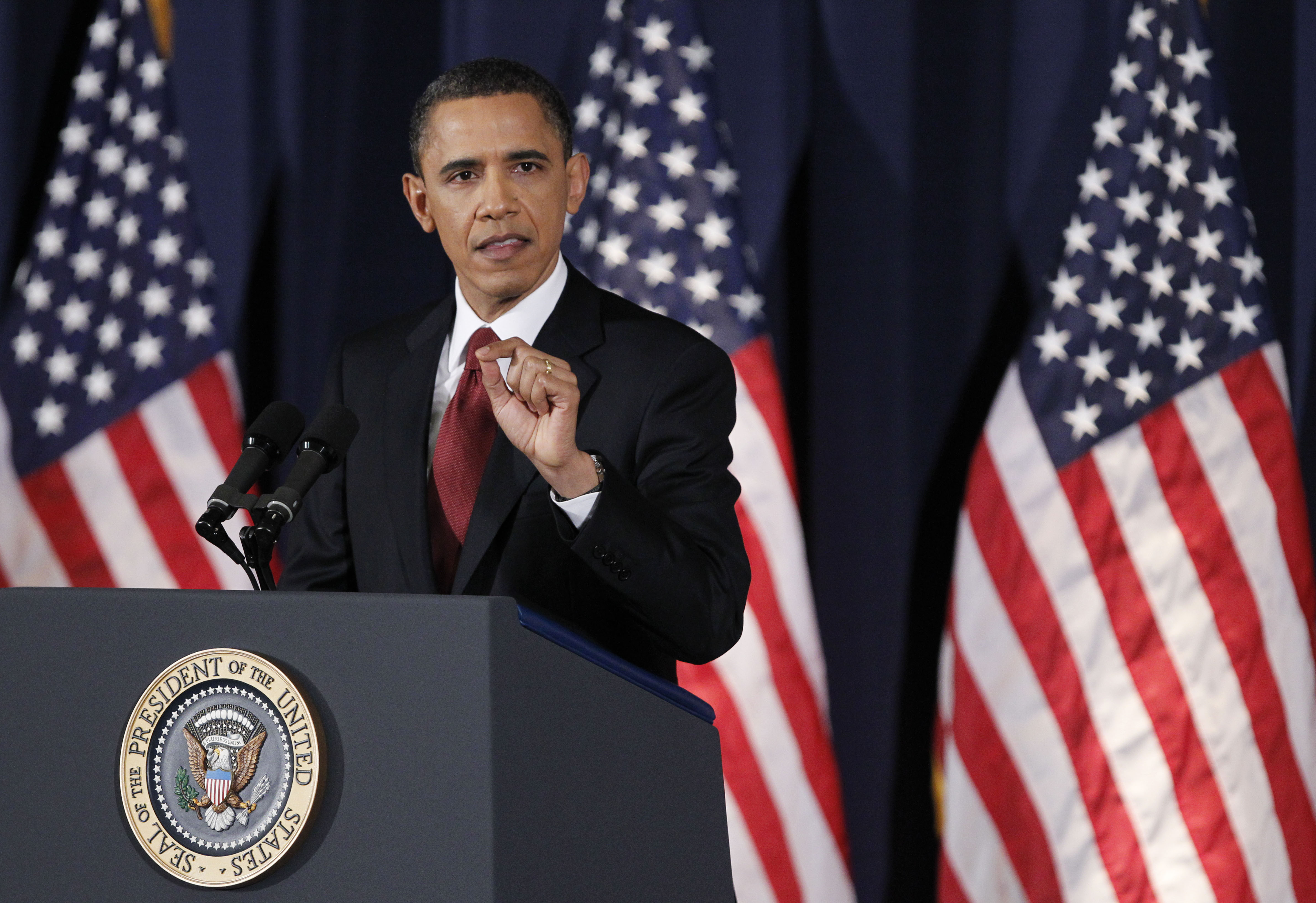 WASHINGTON - A bipartisan group of 10 lawmakers is suing President Barack Obama for taking military action against Libya without war authorization from Congress.

The lawmakers say Mr. Obama violated the Constitution in bypassing Congress and using international organizations like the United Nations and the North Atlantic Treaty Organization to authorize military force.

The lawmakers want a judge to issue an order suspending military operations without congressional approval. They said they were filing their lawsuit Wednesday against Mr. Obama and Defense Secretary Robert Gates.

The plaintiffs are Democratic Reps. Dennis Kucinich of Ohio, John Conyers of Michigan and Michael Capuano of Massachusetts and Republican Reps. Walter Jones and Howard Coble of North Carolina, Tim Johnson and Dan Burton of Indiana, Jimmy Duncan of Tennessee, Roscoe Bartlett of Maryland and Ron Paul of Texas.

The suit is just the latest clash between Congress and the White House over the Libya intervention.

Rep. John Boehner, speaker of the U.S. House of Representatives urged Mr. Obama on Tuesday to explain the legal grounds for the continued U.S. military involvement and set a Friday deadline for the commander in chief's response.

Ratcheting up the pressure, the Ohio Republican said in a letter to the White House that the administration clearly will be in violation of the 1973 War Powers Act this weekend. Mr. Obama did not seek congressional consent for the operation within 60 days of the March 19 U.S. airstrikes against Muammar Qaddafi's forces.

Boehner complained that the administration has provided briefings for lawmakers but has not sought formal authorization. Seeking an explanation, he asked Mr. Obama for answers to constitutional and statutory questions by Friday.

This month, the House voted to rebuke Mr. Obama for failing to pursue congressional approval and accused the president of not providing a "compelling rationale" for the Libyan operation. The House measure also required a report from the administration, due by Friday, on the scope of the Libyan operation, its costs and its impact on the wars in Iraq and Afghanistan.

"The ongoing, deeply divisive debate originated with a lack of genuine consultation prior to commencement of operations and has been further exacerbated by the lack of visibility and leadership from you and your administration," Boehner wrote.

The White House maintains that it has been in compliance with the War Powers Act and has called the resolutions unhelpful and unnecessary.

Initially the White House brushed off the nonbinding House measure, saying it had provided answers at various briefings. But last week it said it would respond to detailed questions on the U.S. mission in Libya within the deadline.

Responding to Boehner's letter Tuesday, White House national security spokesman Tommy Vietor said, "We are in the final stages of preparing extensive information for the House and Senate that will address a whole host of issues about our ongoing efforts in Libya, including those raised in the House resolution as well as our legal analysis with regard to the War Powers Resolution."

Vietor did not say exactly what form the White House response would take and whether it would be the type of report sought by the House.

NATO commands the operation, but the United States still plays a significant support role that includes aerial refueling of warplanes and intelligence, surveillance and reconnaissance work.

In the Senate, the fate of a resolution signaling support for the operation was in limbo.

Democratic Sen. John Kerry, chairman of the Foreign Relations Committee, said plans for the panel to meet Thursday and write a resolution would be delayed to allow lawmakers to review the White House report. He left open the possibility of action on a resolution next week.

"We just want everybody to see the information and see how it impacts their thinking," Kerry said.

Among the backers of the resolution is Sen. John McCain of Arizona, a leading proponent of military action against Qaddafi, the top Republican on the Armed Services Committee and Obama's presidential rival in the 2008 election. McCain warned his Republican colleagues against any steps that would send a positive signal to Qaddafi.

"I caution my friends, both here in the Senate and in the House of Representatives, that we don't want to do anything or pass legislation which would encourage Qaddafi to remain in power," McCain told reporters.

Sens. Jim Webb, a Democrat, and Republican Bob Corker introduced a separate resolution last week that presses Mr. Obama to seek congressional consent for continued U.S. military involvement in Libya and requires the administration to provide a detailed justification for the decision to go to war.

McCain said there are continued signs of deterioration for Qaddafi's hold on power, including high-level defections from his regime.

"I would say to my Republican friends: If this were a Republican president, would you be trying to impose these same conditions?" McCain said.

On Monday, the House essentially voted to prohibit money for the Libya operation, backing an amendment barring the use of any funds in contravention of the War Powers Act. The vote was 248-163 on a spending bill that still must be reconciled with the Senate.