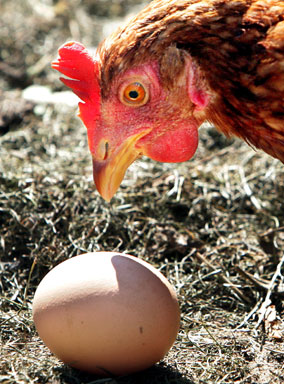 If you're going to present a check to New York Mayor Rudolph Giuliani, you'd better watch what you say afterwards.

A Saudi prince who gave the city a relief check for $10 million, then said U.S. policies were partly to blame for the World Trade Center attack, received a stinging rebuke from the mayor and a rejection of his donation.

During his visit to the wreckage Thursday, Prince Alwaleed Bin Talal called the Sept. 11 terrorist attack "a tremendous crime" and said the suspected mastermind, Osama bin Laden, "does not belong to Islam."

"We are here to tell America and to tell New York that Saudi Arabia is with the United States wholeheartedly," he said.

But in a written statement handed out by his publicist, the prince said: "At times like this one, we must address some of the issues that led to such a criminal attack. I believe the government of the United States of America should re-examine its policies in the Middle East and adopt a more balanced stance toward the Palestinian cause."

Giuliani, who had attended a memorial service with Alwaleed and accepted his $10-million offer to help victims' families, had a harsh response when he learned about the statement.

"There is no moral equivalent for this attack," Giuliani said. "The people who did it lost any right to ask for justification when they slaughtered 5,000, 6,000 innocent people. Not only are those statements wrong, they're part of the problem."

Sunny Mindel, the mayor's communications director, told The Associated Press: "We are not going to accept the check — period."

The prince, an outspoken member of the Saudi royal family, is a major investor in American companies and was No. 6 on Forbes magazine's 2001 list of the world's richest men, with a worth of $20 billion.

Spokesman Amjed Shakir, reached before the prince boarded a plane for Saudi Arabia, said Alwaleed could not comment because he was unaware that the check had been rejected.

Officials say 4,776 people are still missing in the wreckage of the World Trade Center; 442 people have been confirmed dead and 384 of those have been identified. Activity on the pile has settled into a grim routine of cutting through tangled steel, carting debris away and occasionally finding the dead, reports Early Show National Correspondent Jon Frankel.

The bucket brigades have been replaced with heavy machinery that eats away at the destruction. About 16,000 truckloads have taken away about 20 percent of the wreckage, a good part of it still underground.

A team of forensic scientists who specialize in DNA and helped to identify thousands of bodies in Bosnia have been called in to assist. But, as for the search for bodies, some of those working the pile say they doubt many of the missing will ever be recovered.

None of the engineers really know the difficulties they will face when they move all the surface debris, because then they will face the task of digging out the impacted steel and conrete.

Although it officially remains a rescue mission, there are fewer workers. At Ground Zero, the number of firefighters has thinned out since the first weeks of the attack. New York's Bravest are exhausted and spread thin. The work is treacherous. Fires fueled by office supplies, insulation and furniture endlessly burn, releasing an acrid odor of smoldering rubber that hangs over the streets of lower Manhattan. Many pedestrians still wear surgical masks, concerned about the acrid air spreading from the smoldering rubble.

Around the city Thursday, memorial services were held to remember the victims of the terrorist attacks exactly one month earlier. At the World Trade Center, rescue workers stopped for a brief service and a moment of silence.

In a memorial service at St. Patrick's Cathedral, Cardinal Edward Egan implored worshippers not to hate the terrorists and those who sponsored the attacks but to seek justice.

"We will hunt them out, we will demand justice for their crimes, but hate we will not," Egan said.

Ilia Rodriguez, who lost her son Carlos Lillo, 37, a fire department paramedic, spoke with Egan and hugged him as he left the cathedral.

Tours resumed Thursday at the United Nations for the first time since the attacks, but the Statue of Liberty and Ellis Island remain closed and officials couldn't say when they might reopen.

"It might be a week from now, or a year from now," National Park Service spokesman Brian Feeney said.