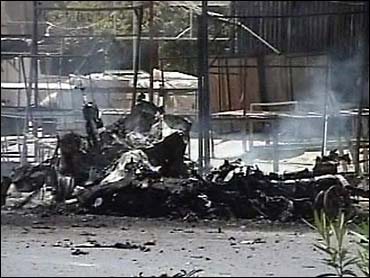 Ten Iraqis were killed in an overnight suicide bombing in a remote village north of Baghdad, officials said Friday, bringing to nearly 50 the number of people killed during a bloody day of violence in Iraq.

Thursday's carnage claimed the lives of at least 49 people, including more than 30 in four suicide bombings across the country's north and a Shiite cleric in the southern city of Basra.

At least 825 people, including U.S. forces, have been killed since the new Shiite-led government was announced April 28, underscoring the fragility of this country's reconstruction.

But the incessant violence launched by a host of militants, from Islamic extremists to Saddam Hussein loyalists, highlights how far security authorities need to go to stop the killings.