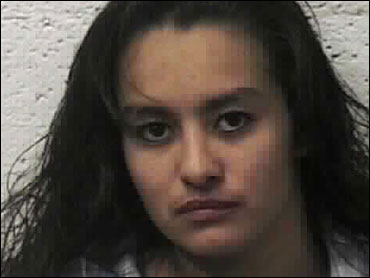 Four more bodies have been uncovered from the mesa west of Albuquerque, including a fetus found inside its mother's skeleton, bringing the total remains found in the area to 10.

The search for bodies began 2½ weeks ago after hikers discovered some remains in an area recently razed for a housing development.

Since then, teams of detectives, anthropologists and medical investigators have excavated an area 10 yards by 30 yards, uncovering some bones in graves and others scattered either by animals or the development project, Albuquerque Police Chief Ray Schultz said Monday.

Police suspect one person is responsible for burying the bodies because of how close the bodies were found together in what was a remote area when the bodies were estimated to have been buried, between 2000 and 2005.

Only one set of remains has been identified. Those bones belonged to Victoria Chavez, whose family provided dental records when they reported her missing in 2004. They and police have described Chavez as struggling with drug addiction and working as a prostitute.

The body of the pregnant woman and her fetus were found Monday. Schultz says the remains of two other people were found Saturday.

Forensics commander Paul Feist said about 25 investigators will continue to dig at the scene until "we get everything possible."

So far, only three skulls, including Chavez's, have been recovered, making identification of the other remains difficult and time consuming, Schultz said.

Homicide Sgt. Carlos Argueta said identification of the remains could take up to a year and the investigation into the cause of death and any possible suspects even longer.

Schultz said detectives are looking at suspects, but it's too premature to discuss them.

However, detectives have said two names of deceased men have surfaced as possible suspects. One was killed in 2006 by a pimp who caught the man stuffing a prostitute's body into a car trunk. The other is a well-known pimp who died of natural causes in 2009 and who had pictures of missing prostitutes in his home.