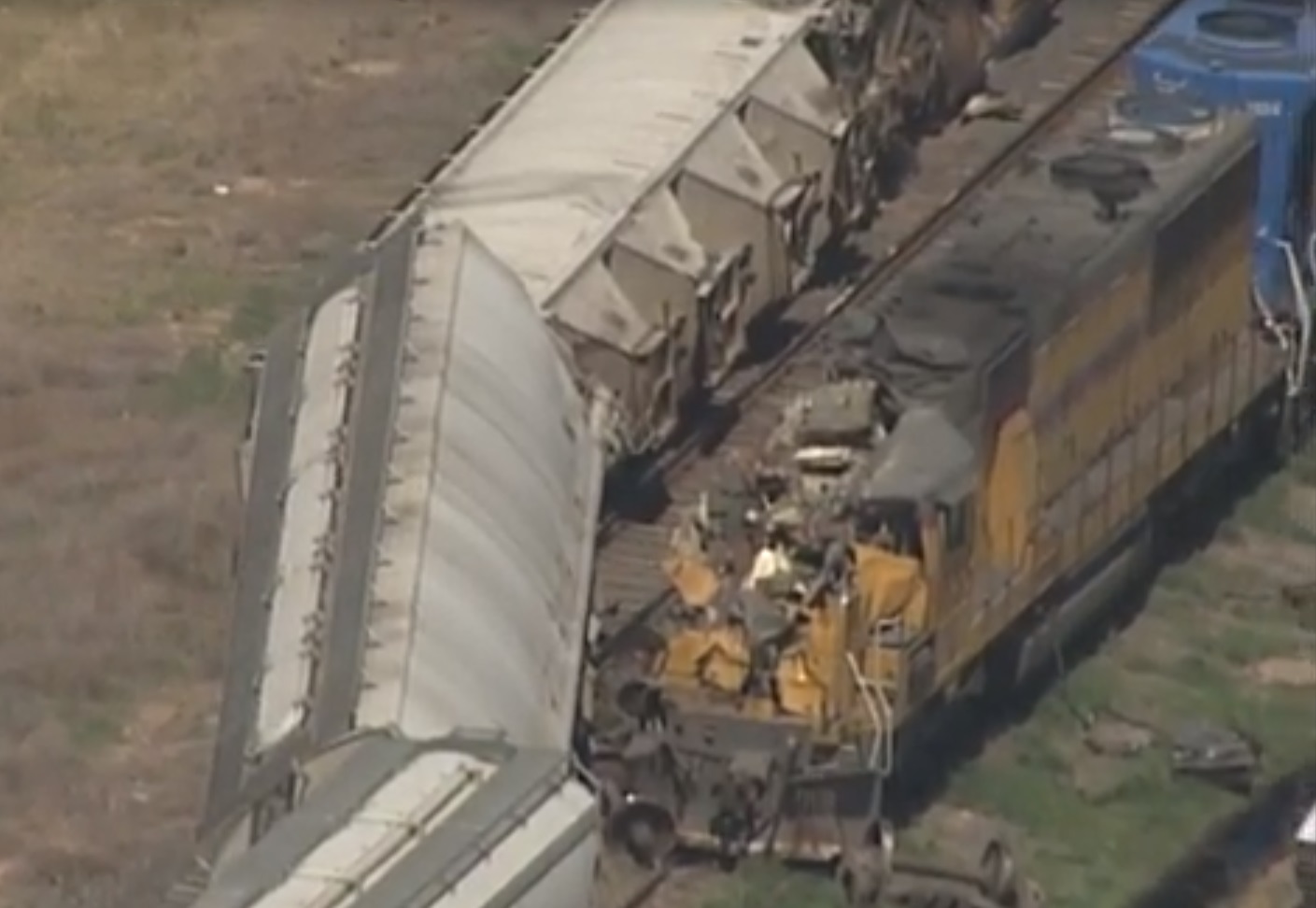 The accident occurred about 6:20 a.m. on a siding - a short section of tracks alongside the main tracks - about 10 miles southeast of Roswell.

Jesse T. Coburn III, 48, of Texico, New Mexico, was pronounced dead at the scene, New Mexico State police said. They said another crew member whose name wasn't immediately released was taken to Lubbock, Texas, for medical treatment and was listed in stable condition.

The crew of the moving train applied its brakes to try to stop, but other specifics of happened and what caused the accident weren't immediately known and would the subject of a federal investigation, said Bruce Carswell, vice president of operations of The Western Group, an Ogden, Utah-based operator of several short-line railroads.

"There was some braking," Carswell said. "We have only very preliminary information at this point."

The National Transportation Safety said it was sending a team to investigate the accident. The Federal Railroad Administration also had personnel at the accident, Carswell said.

The NTSB team is headed by investigator Ted Turpin and includes NTSB Board Member Earl Weener, who will act as the team's spokesman, the agency said in a statement. The agency plans to issue a preliminary report within 30 days, NTSB spokesman Peter Knudson said.

The crash resulted in the closure of State Route 2, also known as the Dexter Highway, but U.S. 285, a nearby larger highway, was not affected, Chaves County Sheriff Britt Snyder said.

The crash location was being treated as a hazardous materials site because of actual or potential spillage of an unknown amount of diesel fuel from the damaged locations, Armijo said. No evacuation was required, officials said.

The two trains' locomotives included ones belonging to Southwestern Railroad, Burlington Northern Santa Fe and a third company, he said.