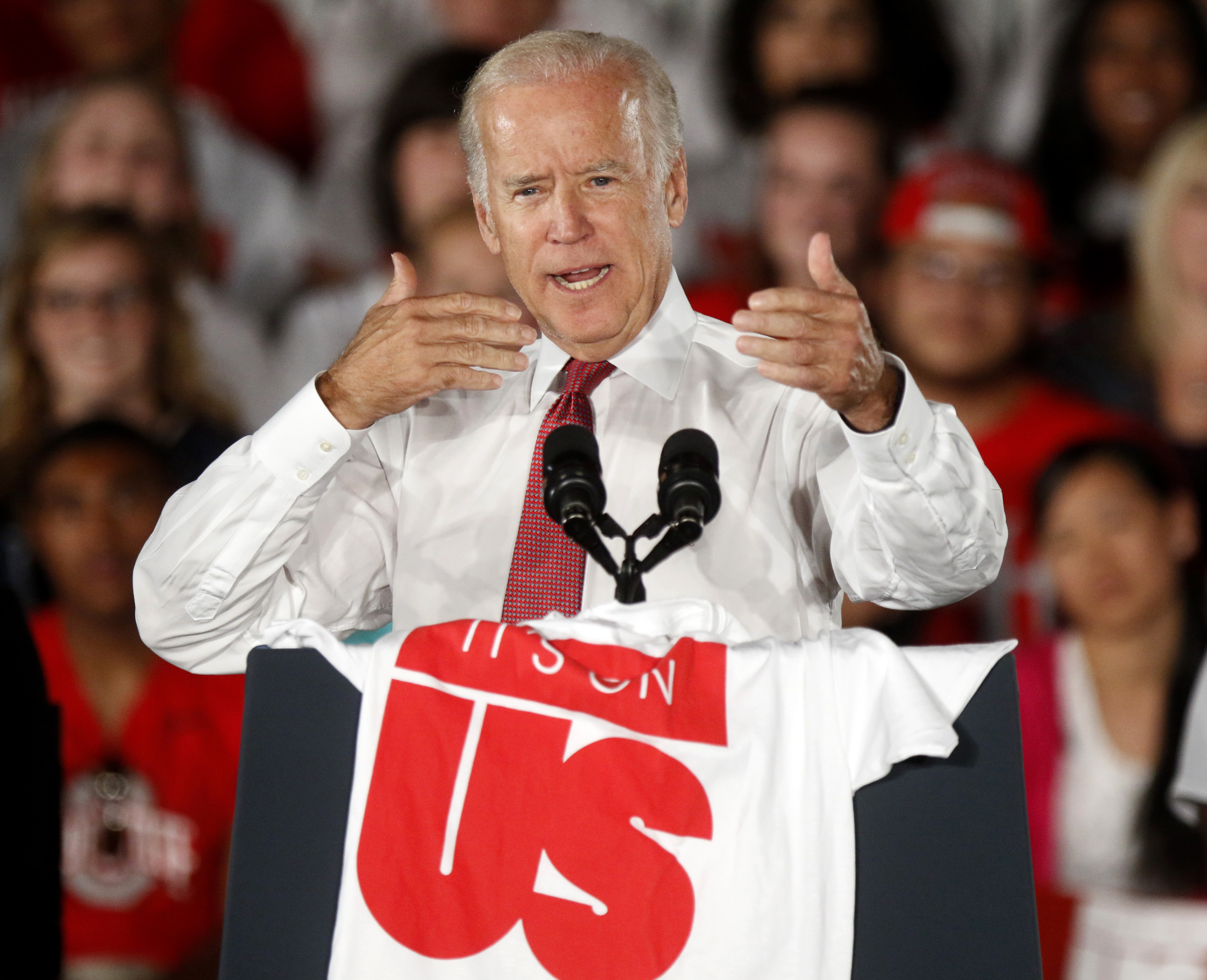 COLUMBUS, Ohio - A quarter of women surveyed at more than two dozen universities say they experienced unwanted sexual contact sometime during college, according to a report released Monday.

The results of the Association of American Universities Campus Climate Survey come at a time of heightened scrutiny of the nation's colleges and universities and what they are doing to combat sexual assault. Just last week, Vice President Joe Biden visited Ohio State University to highlight several new initiatives, including mandatory sexual violence awareness training for freshmen beginning next year.

The survey was sent to nearly 780,000 students at the association's member colleges, plus one additional university. About 150,000 participated in the online questionnaire.

The results were generally in line with past surveys on sexual assault and misconduct on college campuses - and confirmed that alcohol and drugs are important risk factors.

Researchers cautioned against generalizations, partly because of different rates among women and men and students at different years in their schooling. It was not a representative sample of all the nation's colleges and universities.

University of Virginia President Teresa A. Sullivan has said that a widely discredited and later retracted Rolling Stone magazine story about a gang-rape at a fraternity house harmed efforts to fight sexual violence and tarred the school's reputation. Hazing that included excessive underage drinking and sexualized conduct prompted the University of Wisconsin-Madison to terminate a fraternity chapter earlier this year. And Ohio State fired its marching band director last year after an internal investigation turned up a "sexualized culture" of rituals and traditions inside the celebrated organization.

Overall, 23 percent of undergraduate women at the participating universities said they had been physically forced - or threatened with force - into nonconsensual sexual contact. For undergraduate men, the percentage was 5 percent.

Freshman women appeared to be at greater risk than older students for the most serious sexual assaults - those involving penetration. About 17 percent of freshman females said they had been victims of this type of assault. For women asked about their senior year, the percentage was about 11 percent, the survey found.

The survey sample provided a rare glimpse into the experiences of the small percentage of students who are transgender or who don't identify as either male or female. Undergraduates in that category reported the highest rate of the most serious nonconsensual acts, those involving penetration.

"Our universities are working to ensure their campuses are safe places for students," AAU President Hunter Rawlings said in a statement. "The primary goal of the survey is to help them better understand the experiences and attitudes of their students with respect to this challenge."

The association provided the survey findings for participating schools to use in developing effective policies. He said the report should also assist federal policymakers considering legislative and administrative responses.

The study found that only a relatively small percentage of serious incidents was reported to the university or another group, including law enforcement. Across the institutions, it ranged from 5 percent to 25 percent.

The most common reason cited by students for not reporting an incident was that they didn't consider it serious enough. Others said they were embarrassed or ashamed or "did not think anything would be done about it."

Those who chose to report the incidents, however, said they had generally favorable experiences. Well over half said their experience with the organization that handled the report was very good or excellent.