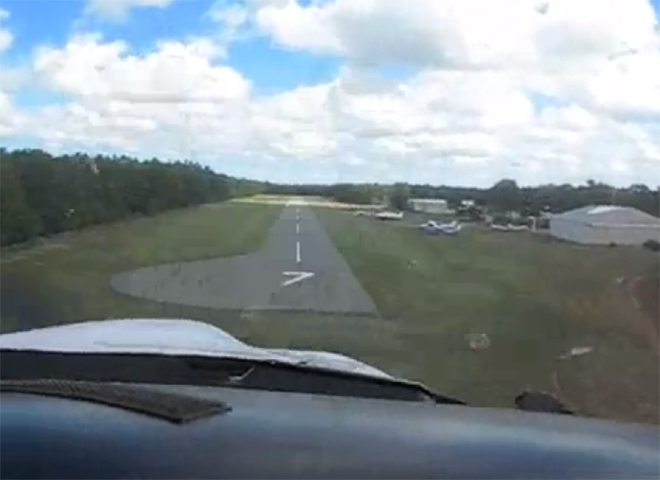 (CBS News) FALMOUTH, Mass. - A small plane crashed near an airstrip on Cape Cod, killing one person who was trapped in the aircraft and leaving two passengers with life-threatening injuries.

Falmouth Dept. Fire Chief Glen Rogers confirmed to CBS Station WBZ that the plane went down near the Falmouth Airpark shortly after 11 a.m. Saturday and burst into flames. The plane crashed off to the side of the runway, in between two houses.

The crash also sparked a fire in the woods at the airstrip near Fresh Pond Road.

Fire officials said the injured victims were taken by medical helicopter to hospitals in Boston for treatment of burns they suffered Saturday morning.

The identities of those involved in the crash were not immediately known.

The Federal Aviation Administration told WBZ that the plane took off from the airstrip and then circled around to return. Officials are uncertain whether there was some kind of problem that may have forced the plane to attempt a landing.

The aircraft was badly burned. The FAA will investigate.

There was no immediate information on the type of aircraft.