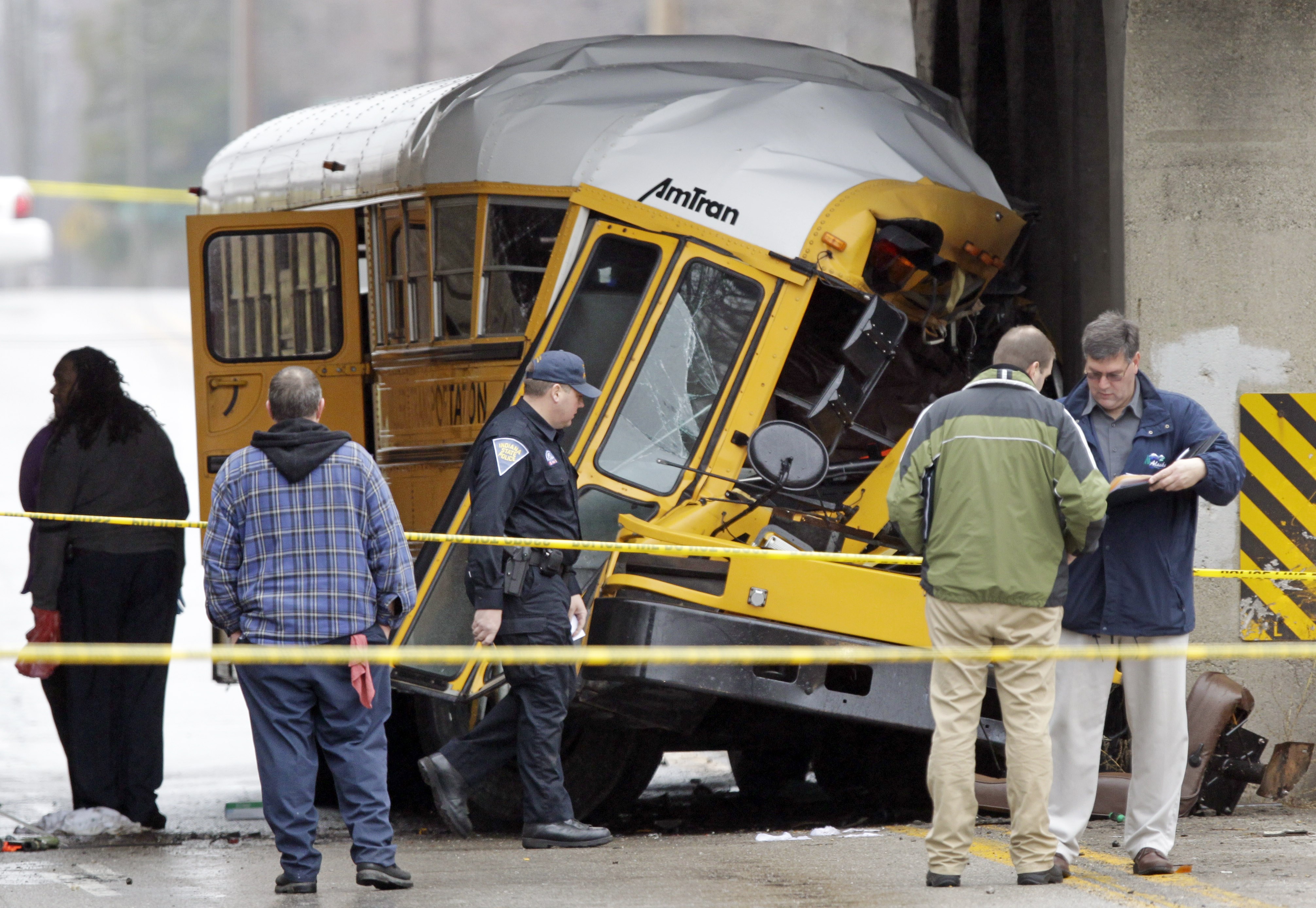 (CBS/AP) INDIANAPOLIS - A school bus making its morning rounds collided with a bridge in Indianapolis Monday morning, killing one child and the driver and critically injuring two other students, police said.

Police spokesman Sgt. Anthony Schneider said the bus carrying students to Lighthouse Charter School struck a bridge abutment about 7:45 a.m. Monday. Footage from CBS affiliate WISH-TV (see below) showed the crumpled bus beneath the bridge and surrounded by rescue vehicles. One side of the bus was peeled back in the collision.

Indianapolis Fire Department Capt. Rita Burris said the two critically injured students and eight others whom she characterized as "walking wounded" were taken to Indianapolis hospitals. WISH-TV reported that one of the injured was a child whom emergency crews had to rescue from under the front wheel of the bus.

About 50 children ages 5 to 16 were on the bus at the time of the crash, Burris said. The uninjured students were taken to the school about two miles away.

Burris said witnesses saw nothing unusual before the driver's side of the bus struck the concrete pillar of the old railroad bridge. The pavement was wet Monday, but she did not know whether it had been raining at the time of the crash.

"We have no idea why the bus driver hit the abutment," she said.

Tami Presley told WISH-TV she was on her way to work when she came upon the crash scene. She said she soon heard screaming and crying and saw several children with bloody noses.

"I couldn't figure out what it was that was under the bridge," Presley said. "As I was pulling under I just see kids just start jumping off. They were all screaming and crying."

She said she tried to console the children and that a paramedic was on board the bus trying to help the injured.

Beth Bray, who works for the Indianapolis mayor's office and was helping to answer the telephone at the school Monday morning, said the school would have no immediate comment on the crash.

"We're trying to help parents and get everybody coordinated," she said.