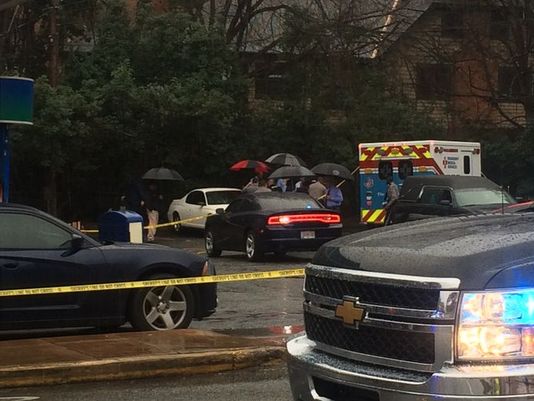 MACON, Ga. --Sheriff's investigators made an arrest in the shooting death of a 23-year-old basketball player at Mercer University in Georgia.

Deputies say Bryan, a Mercer graduate student, was sitting in a Monte Carlo outside a gas station when Miller pulled up in a white Nissan Sentra, riding in the passenger seat. Police say the driver of the car walked over to Bryan to talk to him and then opened fire, reports the Macon Telegraph.

Witnesses gave authorities a description of Miller and he and the vehicle were found nearby, reports the station.

Miller was also shot. Deputies say the driver of the Sentra may be the person who shot him.

Miller was critically wounded but reported in stable condition at a local hospital while authorities search for the driver.

In a statement released to the Telegraph, Mercer President Bill Underwood said: "Tonight the Mercer community is grieving the tragic death of graduate student Jibri Bryan, who has been part of the university family for six years. Our thoughts and prayers are with the Bryan family."