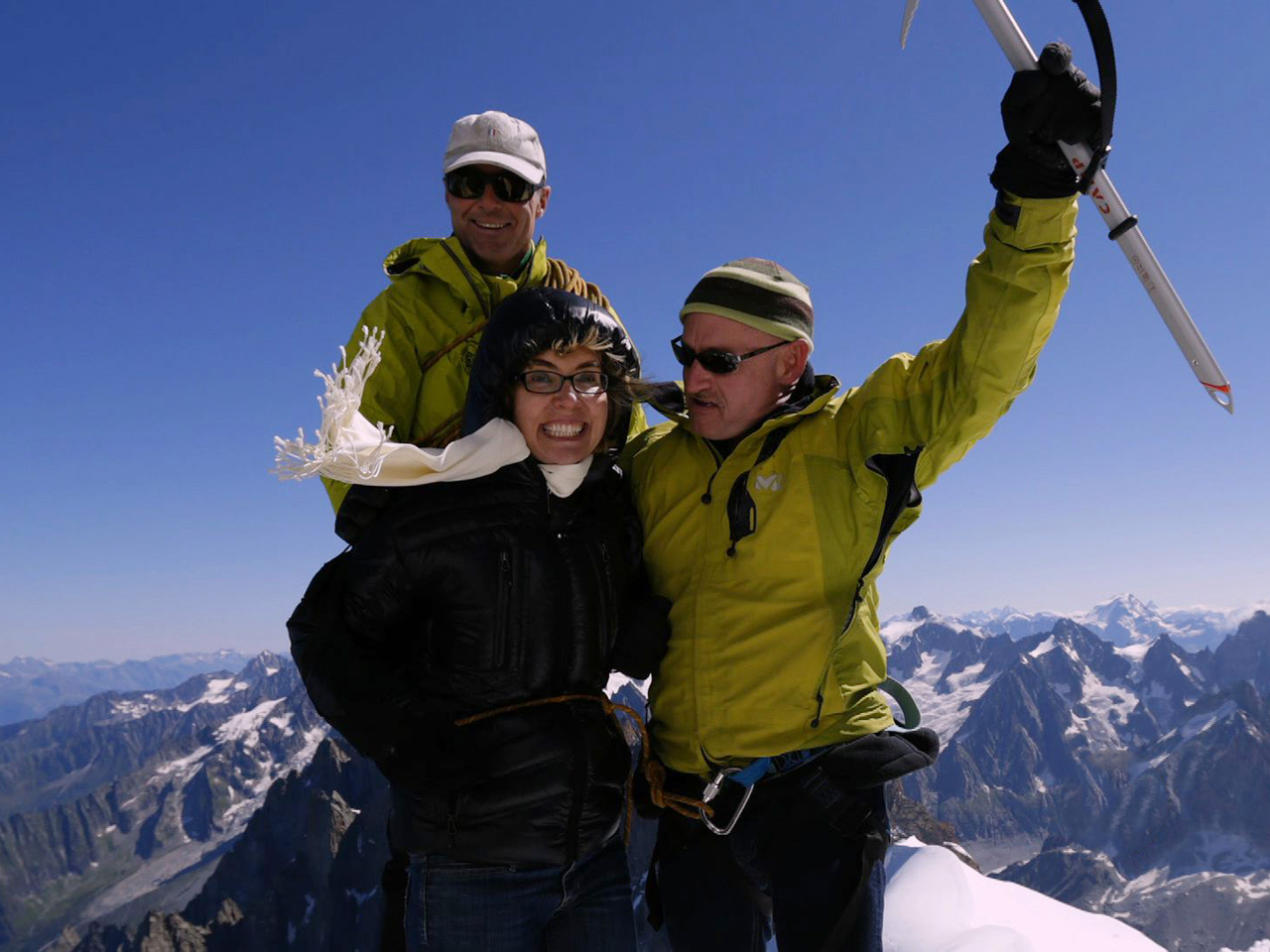 While news cycles typically focus on tragedies and scandals, this year also saw many optimistic and heartwarming stories across the U.S.: A dedicated Minnesota man and his ailing dog; an elderly food reviewer's rise to fame; a Secret Santa helping superstorm Sandy victims; a congresswoman who rose against the odds; a generous cop. Here are our favorite feel-good stories of 2012.

This picture of a Minnesota man soothing carrying his dog through Lake Superior pulled heartstrings across the nation as soon as it was posted online in August. It was much more than a peaceful photograph: John Unger is committed to ailing dog Schoep, regularly taking the shepherd mix into the water to help ease the pain of the canine's arthritis. Photographer Hannah Stonehouse captured the moment.

Unger's newfound celebrity changed his and his dog's life. For the past few months, the Bayfield man received emotional letters and donations from all over the world. Over $10,000, mostly from moved strangers, pays for weekly laser therapy. "He has a much better life," Unger told CBS Minnesota WCCO-TV in September. "He is not in pain as much, and he's enjoying himself again." The leftover money is being used to start Schoep's legacy foundation, which will help other animals in need.

Watch the WCCO-TV report below

Everyone on the internet couldn't stop talking about Marilyn Hagerty, an 85-year-old columnist at the Grand Forks Herald in North Dakota. Her earnest and well-written review of her town's first Olive Garden in March inspired both adoration and snark for giving a common chain restaurant such thorough and often positive comments.

Despite the snide and sometime mocking response, many chefs and food enthusiasts ran to the elderly woman's defense. Anthony Bourdain offered to publish a book with her. Others called the review "nostalgic" and said made them want to visit the small rural town.

In addition to her newfound recognition, Hagerty's story is great because she rose above the snark. Her daughter urged her to read the Facebook comments on the review, but she declined. "I told her I'm working on my Sunday column and I'm going to play bridge this afternoon, so I don't have time to read all this crap," she told the Grand Forks Herald.

Every year a wealthy businessman from Missouri travels to the neediest cities to dole out $100 bills to random strangers he finds in thrift stores, soup kitchens and Laundromats. CBS News correspondent Steve Hartman followed him this year in Staten Island, one of the hardest hit areas by superstorm Sandy. One by one, this anonymous "Secret Santa" lifted holiday spirits and brought tears of happiness.

Janice Kennedy, for one, didn't even want to celebrate Christmas after her home was destroyed in the storm. The mysterious Secret Santa found her in a thrift shop and gave her $300. "It just changed everything," she told Hartman. "I thought, 'We'll get the tree,' and I got happy. For some reason, I had a smile on my face all night."

Gabby Giffords rises against the odds

About a year and a half after she survived an assassination attempt in Tucson, former Arizona Congresswoman Gabby Giffords stood atop the French Alps with her husband. Since that day in January 2011, Giffords has faced a long and difficult recovery. She still has some difficulty moving and speaking, but her tenacity continues to inspire many. This photo of Giffords and Kelly, a retired astronaut who has been on his wife's side through incredibly tough times, says it all. It was the first time she ventured outside the U.S. since the shooting.

Giffords was an inspiring public figure throughout all of 2012. She stepped down from Congress in January to focus on her recovery, releasing a tear-inducing video about how much progress she has made and receiving a standing ovation when she arrived at the State of the Union. Despite her speech difficulties, she recited the Pledge of Allegiance, word by word, at the Democratic National Convention in September.

Many people said the picture restored their faith in humanity: An NYPD cop offering a shoeless man on the streets of Manhattan a pair of expensive boots. An Arizona tourist had snapped the picture of Officer Larry DePrimo on Nov. 14, who was so disheartened by the sight of the man's bare feet while in Times Square, he went to a nearby shoe store to purchase $100 all-weather shoes. The photo and story went viral after the NYPD posted it on their Facebook page. "I went up to him and I said, I was like, 'Buddy,' I was like, 'where's your -- where's your socks, where's your shoes?'"DePrimo recalled. "He was like, 'It's OK, officer, I never had a pair of shoes.'"

The man -- originally thought to be homeless, but panhandles while staying at government-subsidized housing in the Bronx -- loved the gift but was too afraid to put the boots on. He said he's hidden them "because they are worth a lot of money and I could lose my life."

Still, DePrimo's act of of generosity was pure enough warrant a spot on our list.