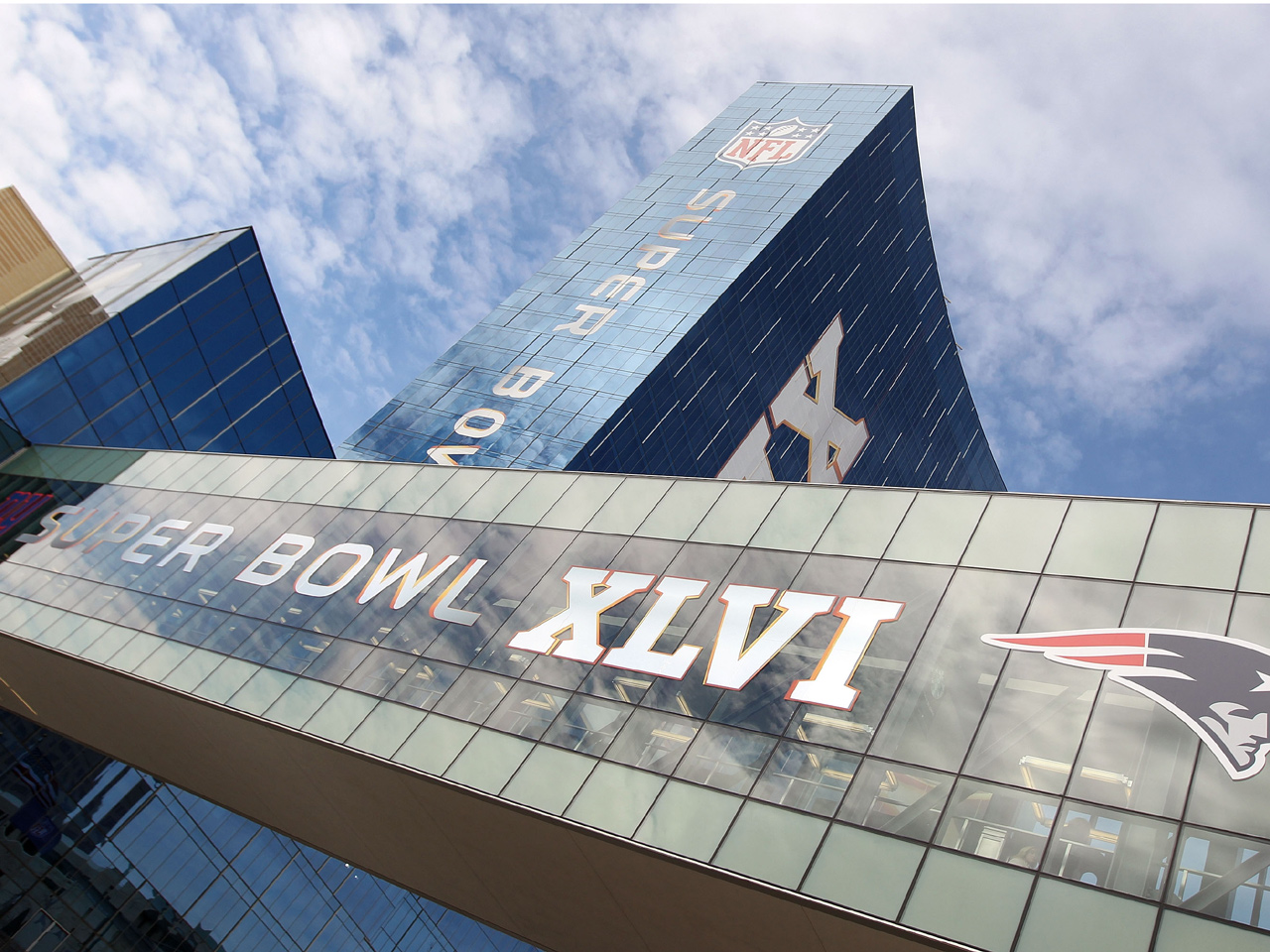 It's not too late to go to the Big Game. If your living room is just not big enough to contain your excitement over the Manning / Brady rematch, or you really have a thing for half-time performer Madonna, or light beer just doesn't taste the same without a genuine Super Bowl XLV1 commemorative cup, you can still get tickets. You can even get a flight to Indianapolis. And, yes a hotel room. But you'd better have plenty of cash to burn.

In fact, the cost of a last minute pilgrimage to the ever-more-hyped sporting spectacle is so outrageous we couldn't resist tracking down the precise costs. Here's how much it will set you back to settle in at the big game.

First things first: You have to get to the game.

You could fly the whole family to the Bahamas for the price of one ticket to Indianapolis.

How inflated are Super Bowl fares? If you skip the game and go to Indy next weekend, your airfare from New York to Indianapolis for a non-stop, round-trip ticket drops to about $325. Boston residents can enjoy a non-stop flight starting at $380.

As they teach in Economics 101, demand begets supply: This man on Craigslist will take you to the game (and back) in a chauffered RV. Asking price? A measly $1,000 per person for up to six passengers. The catch? No Patriots fans.

At the other end of the style spectrum, you can book your own private jet. The Wall Street Journal speculates that more chartered plans will be depositing jet-setters at the game than in any previous Super Bowl. And Stratos Jets prices for a round trip from Boston to Indianapolis on a comfy Beechjet start at about $16,745 (The company doesn't discriminate against Patriot fans). And for that price you can take five friends. The New York City to Indianapolis flights starts at $22,000 for a similar package.

Kevin Bales, a sales manager for Stratos Jets, told CBS MoneyWatch that seats on the flights are going fast. He just booked a same-day Sunday round-trip flight from New Haven, Conn., to Indianapolis for a client on one of the company's Gulfstream G4s for a paltry $36,000.

You're finally in Indianapolis. Now all you need is a place to stay.

Here are some options for lodging. The New York Times' Joe Sharkey notes that a room at the low-cost Budget Inn will set you back $898.99 per night -- that's up a few bucks from the regular rate of $55.

But if you're already on site, you might as well go for the gusto. Rooms at the ironically named America's Best Value Inn start at $1200, rising to $1400 if you want a Jacuzzi (why not?) on Kayak.com. The same rooms are arguably a better value the following weekend, when the big game is history. One night in a room with two double beds starts at $65.

Getting into the game

You won't find tickets through Ticketmaster.

Don't panic. Stubhub.com, a site that lets people resell event tickets online, still has a few Super Bowl tix. Prices for nosebleed seats at Lucas Oil Stadium start at $2,150. If you need to be closer to the action, the price climbs dramatically. A field-level suite behind the endzone is available for up to $445,000.

NFL Ticket Exchange, the official Ticketmaster online ticket resale company, also has tickets ranging from $2,380 to $13,640 for a seat in the lower sections.

Tickets on Craigslist can go for far less, but there's no guarantee they're legit. The cheapest ticket we found for New York City-based sellers started at $1,200 a ticket.

Getting to the Game

If chauffered campers aren't your thing and you prefer driving yourself, you can park at the stadium for about $60 a day. Of course that assumes a miracle happens and you manage to get a spot.

If you don't feel like taking chances, just pony up $1,000 to reserve the whole lot at Draheim Dental Parking, which is only 0.2 miles away from the stadium, according on ParkWhiz.com. The parking spaces can be yours until 9 a..m. on Feb. 6. (when we assume the dentists return to work). The site has a restroom, accommodates 4 RVs, and, most important, you're free to tailgate the entire weekend. One catch: Once you're in, you're in. That $1,000 doesn't buy you the right to leave and return to the parking lot.

If all these deals are confusing, you can always opt for a pre-arranged trip.

Jetsetter by Gilt offers a basic package that includes upper-level endzone/corner tickets for two; admission to the official NFL Alumni Superbowl tailgating party; accommodations for three days; and transportation to and from the airport starting at $12,650 (As for getting to Indianapolis and making the scene around town, you're on your own.)

Alternatively, go for the "jet-setter full-player" package. That includes endline/10-yard line seats; tickets for two additional parties; accommodations for three days; and airport transportation for $19,985. Unfortunately, there's a waiting list for both packages.

Compare that with Ticketmaster's official NFL packages, which sold out long ago: sideline or corner seating close to the field; stadium parking; a four-night hotel stay; and a plethora of other goodies, including a postgame on-field "experience" (no streaking, please) would have run you $7,500 to $9,599 for one person for a single-occupancy room.

For a homier feel, meanwhile, how about renting a residence right in Indianapolis? This downtown condo is going for a bargain $7,500 a night on Airbnb.com.

If none of that excites, then go back to Plan A and flip on the TV. But not just any TV. For a lot less than a trip to Indy, CNET says you can buy a top-of-the-line 70'' Sharp Aquos ($2,180) -- and it comes with free shipping. Best seat in the house.