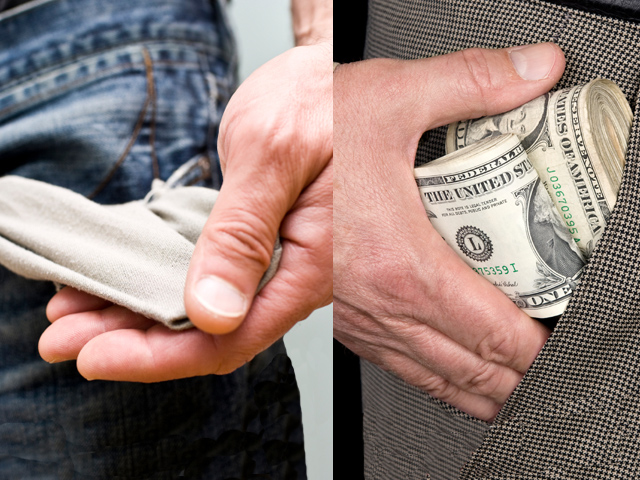 We in the financial services industry are experts in using words to convince you that we are on your side. The problem is, of course, that we often aren't.

I've looked at thousands of pitches over the years that were meant to lull investors into thinking they were making the right decision. These pitches will almost always include the four words that are frequently used to trick you.

Each of these four words are seemingly logical and devoid of emotion. In fact, all four words are employed in the context of persuading you to believe you are making a logical decision, when all they actually do is get you to act emotionally. Click "next" above to see each of the four words that can be used to rob you blind.

"I am going to give you some unbiased information." I hear this one all the time from planners who claim that "fee only" is a way to eliminate conflicts of interests, to web sites claiming to deliver unbiased information. I chose the hourly model for my financial planning practice because I felt it minimized the conflicts of interests, not because it eliminated them. Whenever I hear or read a claim of unbiased advice, that's my first clue that what will follow is particularly biased advice. That's because the person claiming to be unbiased has stopped thinking about their biases.

"History shows that..." If you had invested in this you would have earned 300 percent over the last decade. Often the word history isn't even used, though it is implied. Every new investment product has been backtested, meaning that it worked well in the past. Unfortunately that warning "past performance is not indicative of future performance" happens to be as true as it gets. In actuality, behavioral finance demonstrates that investors have a history of chasing performance.

"We are all about disclosure here at Goliath Financial," says the advisor as he hands you the 373 page disclosure document. Of course the advisor knows that the document was written by lawyers and actuaries in very technical terms that render it only slightly more readable than Sanskrit. Advisors also know that no one will take that voluminous disclosure home and actually try to read it, which is good because they haven't either. Transparency and disclosure are two very different things.

"As a registered investment advisor, I am acting as your fiduciary and am legally obligated to put your interests before mine." The CFP practitioner used the "F" word to his client, and then proceeded to sell him a product that had 5.29 percent annual fees. The SEC and even the CFP Board allow practitioners to use the word fiduciary and act in ways that are anything but. In fact, I've found that those who preach the word "fiduciary" the most are the ones who abuse their clients in the worst way

Putting it all together

"History shows the method I use will maximize your wealth with virtually no risk. I am disclosing that I'm a fee-only advisor giving only unbiased advice and acting as your fiduciary, placing your interests above mine."

I sure hope you wouldn't fall for this quadruple whammy. But when the situation arises, keep this in mind: Trust anyone only enough to listen but don't follow blindly. Remember that there is no such thing as unbiased information. So-called fiduciaries can do you the most harm. And real disclosure means never having to say you don't fully understand the investment.