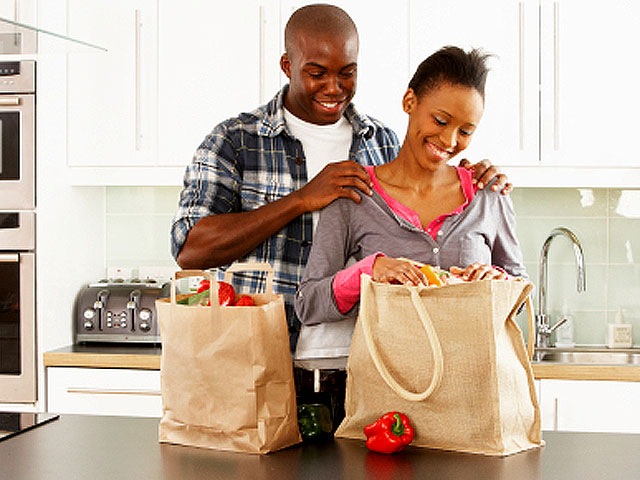 (Health.com) Have you ever picked one grocery item over another because of the health claims on the label? You may have been duped. That's because terms like fat free or all natural are often slapped on a food item that may not be healthy at all.

Frustrated? You're not alone. Nearly 59 percent of consumers have a hard time understanding nutrition labels, according to a Nielsen survey.

Here's our list of the 16 most common - and most misleading phrases - manufacturers use on food, with advice on how to look past the hype to make smarter supermarket choices.

Don't be fooled, "all natural" doesn't mean all that much. The Food and Drug Administration doesn't define it, although food makers won't get in trouble as long as so-labeled food doesn't contain added colors, artificial flavors, or "synthetic substances."

That means there's room for interpretation.

So a food labeled natural may contain preservatives or be injected with sodium, in the case of raw chicken. "Some natural products will have high fructose corn syrup and companies will argue that since it comes from corn, it's healthy," says Stephan Gardner, director of litigation at the Center of Science in the Public Interest (CSPI). "Well, that isn't true."

When shopping for healthy bread and crackers, look for the words "whole grain" or "100 percent whole wheat." It's not enough if it says multigrain or "made with whole grain."

Whole grains, (which include popcorn, brown rice, and oatmeal), have more fiber and other nutrients than those that have been refined, a process that strips away the healthiest portions of the grain.

And don't go by color alone: Some darker breads or crackers have caramel coloring and are no healthier than highly refined white breads. For a list of ingredient to keep on your radar, check out The Whole Grain Council's helpful chart.

If you're concerned about calories and carbs (maybe because you have diabetes or are trying to prevent it), you may toss "no sugar added" products in your grocery cart.

But foods, including fruit, milk, cereals, and vegetables naturally contain sugar. So although these products may not have added sugar they still may contain natural sugars. And "no sugar added" products still may contain added ingredients like maltodextrin, a carbohydrate.

Carbohydrates - which can be simple sugars or more complex starches - raise blood sugar, and "no sugar added" doesn't mean a product is calorie- or carbohydrate-free.

Sugar free doesn't mean a product has fewer calories than the regular version; it may have more. (Although food makers are supposed to tell you if a product isn't low-cal). Sugar-free products have less than 0.5 grams of sugars per serving, but they still contain calories and carbohydrates from other sources.

These products often contain sugar alcohols, which are lower in calories (roughly 2 calories per gram, compared to 4 per gram for sugar), but compare labels to see if the sugar-free version is any better than the regular version. (Common sugar alcohols are mannitol, xylitol, or sorbitol).

Caution: Sugar alcohols can cause diarrhea so don't consume a lot in one sitting.

Trans fat is bad for your heart, and the ideal intake is zero. But products that say "no trans fat" can actually contain less than 0.5 grams per serving.

"If a product says 0 trans fat on it, it isn't actually at zero," says Gardner. "If the consumer were to have two servings, then you would get a good amount added to your diet."

Check for words on the ingredient list such as hydrogenated oils and shortening, which mean trans fat is still present. There are some products that are more likely to contain trans fat than others.

Companies can use words like "immunity blend" or "supports the immune system" if a product contains certain vitamins, but such words are sometimes used to give an aura of health to a product that may or may not deserve it.

In general, companies must walk a fine line here. If they make medical claims, it can trigger intense scrutiny from the FDA and the federal trade commission.

In 2008, the company that makes the vitamin product Airborne agreed to settle a $23.3 million class-action lawsuit. The product's label said it could "boost the immune system" and was marketed as a way to prevent colds without sufficient evidence that it worked.

Although a food label may say "free range chicken," don't assume your bird was scampering around outside Farmer Brown's barn.

Although the US Department of Agriculture does define the words "free range," there are no requirements for the amount, duration, and quality of outdoor access.

"What it's supposed to mean is that they are out running in a field," says Bonnie Taub-Dix, nutrition expert and author of "Read It, Before You Eat It." "But what it really means is they just have exposure to the outdoors."

This is a notoriously misleading label. When the dangers of saturated and trans fat became clear, the market was flooded with products that touted their fat-free status. The problem? They sometimes contained nearly as many calories as full-fat versions.

"Just because it says it's fat-free, doesn't mean you get a free ride," says Taub-Dix. "Packages could say it's fat free, but be loaded with sugar, and sugar-free products could be loaded with fat."

Check the label for calorie content, and compare it to the full-fat version.

A food label may say a product, such as olive oil, is light, but manufacturers have been known to use the term to refer to the flavor rather than the ingredients.

"The flavor might be lighter, but you aren't saving one calorie," says Taub-Dix. "The wording on light products can be confusing for consumers, but it is important to read the nutritional facts."

To be considered a light product, the fat content has to be 50% less than the amount found in comparable products.

Gluten is a protein found in grains like wheat or rye and it can wreak havoc on the health of those with celiac disease or gluten intolerance.

Gluten-free products are becoming easier to find, which is great for those with gluten intolerance. For everyone else though, there's no advantage to buying them. In fact, gluten-free whole grains may have less fiber than the regular version.

"Unless you have metabolic problems, gluten-free products don't help you lose weight and are not necessarily good for you," says Taub-Dix. "But because it's a buzz word, it's put on packages."

Made with real fruit

Products that claim to be made with real fruit may not contain very much at all, or none of the type pictured on the box.

While companies must list the amount of nutrients they contain, such as fat and cholesterol, they do not have to disclose the percentage of ingredients, such as fruits and whole grain, according to CSPI.

In 2012, a California woman filed a class-action lawsuit over Fruit Roll-Ups, which contain "pears from concentrate" and no strawberries (in the case of the strawberry flavor).

Although the FDA has definitions for terms like "reduced sugar," "no added sugar," and "sugar free," companies sometimes come up with marketing lingo that is, well, just made up.

One of those terms is lightly sweetened, which isn't defined by the FDA.

"Whether Kellogg's Frosted Mini-Wheats Bite Size is "lightly sweetened" should be determined by federal rules, not the marketing executives of a manufacturer," according to a CSPI report from 2010.

Cholesterol free doesn't mean, literally, no cholesterol. Cholesterol-free products must contain less than 2 mg per serving while low-cholesterol products contain 20 mg or less per serving. Foods that say "reduced" or "less cholesterol" need to have at least 25 percent less than comparable products.

Cholesterol is made by the liver, so only animal products like meat, dairy, eggs, and butter can contain it. If a plant-based product (such as corn oil) touts its cholesterol-free status, there's no benefit compared to other vegetable oils, which also don't contain it.

While "organic" was once a bit like the term all natural - open to interpretation - that's no longer true. If a product has a USDA label that says organic, 95 percent or more of the ingredients must have been grown or processed without synthetic fertilizers or pesticides (among other standards).

A label that says "made with organic ingredients" must have a minimum of 70% all ingredients that meet the standard.

Keep in mid that organic is not synonymous with healthy. In fact, it may be anything but. Organic food can still be packed in fat, calories, and sugar. "Companies like to add magnetic words on products to make you think it's healthy," says Taub-Dix.

Two percent milk sounds great - it's such a low number! What most people don't realize is that whole milk contains only 3.25 percent fat.

So 2 percent milk contain less fat than regular milk, but not that much. It isn't technically considered low fat; only 1 percent milk and fat free (also called skim milk, which has less than 0.5 percent fat) meet that standard.

Two percent milk may say reduced fat however, because it has at least 25 percent less fat than regular milk. But the American Heart Association and other health experts recommend that adults choose 1 percent or fat free over other types of milk.

Omega-3 fatty acids come in three main types: Eicosapentaenoic (EPA), docosahexaenoic (DHA) and a type called alpha-linolenic acid (ALA), which doesn't have the proven benefit for the heart as EPA and DHA.

Some foods are higher in ALA, such as flax seeds, than EPA and DHA. Eggs may contain omega-3 if chickens are fed flax seed or fish oil, but are not considered to have a heart health benefit because of their cholesterol and saturated fat content.

"If you are looking for a good helping of omega-3, stick to fish and seaweed products," says Gardner. "Products will sprinkle flax on their food just to slap the omega-3 label on the front."

Food manufacturers can be tricky with serving sizes. To make a product look low in fat or calories, they may list information based on a tiny, unrealistic serving size.

And FDA recommendations on serving size, the Reference Amount Customarily Consumed (RACC) index, tend to be outdated, based on eating habits of decades past. For example, the RACC for ice cream is a half-cup, or one scoop - a lot less than what most people now eat in one sitting. For example, a pint of ice cream would be considered to have four half-cup servings, a buzz kill for those of us who could eat the whole thing in one sitting.

If you are a two-or-more scoop kind of person, double, triple, or quadruple the label's calorie and fat information as needed.