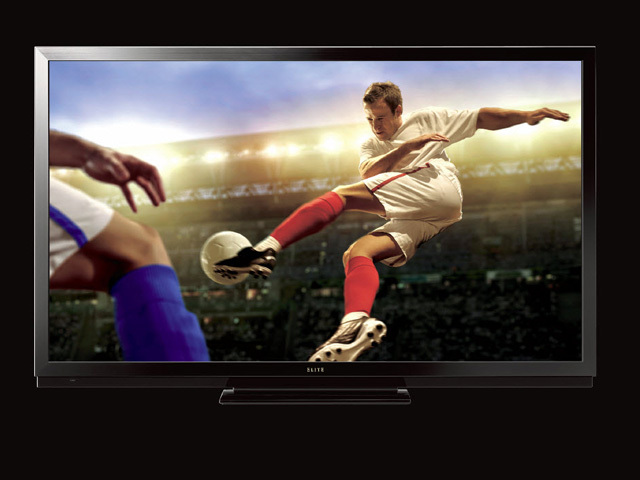 Holiday shopping is in full swing, but what to get? There are plenty of great gift guides you can refer to, so we put together a selection of products to appeal to your business brain as well as your holiday spirit. Each of these products is an example of a significant innovation, either in technology or in how a company approached a market.

The marriage of creativity and commercial need, innovation is the process that brings concepts together in a new way to solve problem.  For real success in business, the trick is to ensure that the creative spark serves both the customers and the company at the same time. What makes innovation interesting is that suddenly, literally, you move out of the world of business as usual. And to some degree, that's what all these companies have done and what each product represents.

Even if one of these gifts does nothing for you or your family and closest friends, it might spark an idea that you can take into your professional life.

Many television manufacturers have tried to fuel the 3D rage in the home. A big reason is to create premium products that might get consumers to pay more, giving companies the chance for some higher margins. (Low TV margins are one reason that Sony has been in such financial hot water.)

Unfortunately for the manufacturers, a lack of 3D programming has made it tough to convince consumers to spring for more. Sharp also has 3D, but isn't resting on one technology in its Elite line of LCD TVs. The company smartly found ways to greatly improve the picture quality in 2D using a variety of technologies.

One is going beyond the traditional red, green, and blue colors in an LCD screen. Sharp added true yellow pixels to expand the range of colors the set can show, including better cyans and actual gold. The sets also can independently control the brightness in about 200 zones. The result is a bigger visual range between darks and lights.

Sharp realized that even if the industry assumes that 3D is the way to go, which forces all the manufacturers to keep up, by improving the sort of viewing that people most often use, it can get a competitive advantage.  The Elite LED LCD TV 60" retails for $6,000, while the 70" is $8,500. For a real side-by-side comparison, check the company's website for the name of a nearby retailer.

There's nothing new about learning a language on your own. Some approaches, such as the Pimsleur system, are interesting but essentially still recorded lessons, so they limit the interactivity. RosettaStone garnered attention at first with its computer-based language learning. The back-and-forth use of a language without translation gives people a new way to move beyond their native tongue, and analysis software helps move the student to correct pronunciation.

However, yesterday's innovation becomes tomorrow's old hat. Companies have to keep pushing to find new ways to satisfy customers and to stay ahead of the competition. RosettaStone has avoided the trap by moving beyond the sit-at-home-alone model. A new Studio capability lets people at the same level go online and practice speaking with each other in live sessions. The company also has mobile applications for iPhones and iPads (What, no Android yet?) so customers can continue their learning on the go. A level one package for a language runs about $180, with various combinations of levels costing more, up to the $500 level one through five.

Tablets for the rest of us

Modern tablets are quickly becoming a mainstream force in computing. They are already beginning to supplant PCs for many things that consumers want to do. But the devices aren't cheap and $500 can be a big purchase in a shaky economy. So Amazon (AMZN) and Barnes & Noble (BKS) used a basic market segmentation technique to broaden the horizons

Both Amazon with its Kindle Fire ($199) and Barnes & Noble with the Nook Tablet ($249) tried something that all the other Android-based tablet vendors had avoided. Instead of seeing the market as a me-too game, they realized that creating a product that was viable at a significantly lower price would open up the market and let them reach consumers who otherwise would not buy the devices.sd tablets badly needed. It's a potentially much larger audience than the one Apple (AAPL) addresses with the iPad, and could get sales moving for the category.

Amazon in particular made the bolder move through the sub-$200 price for the Kindle fire. According to analysts, the company is selling the device below cost and then counting on media sales to make the overall customer relationship pay off.

Thermometers aren't the most exciting thing to unwrap, but the Kidz-Med VeraTemp non-contact model is really impressive and worth a mention for a smart development. A problem with thermometers to measure human temperatures is the need for physical contact -- either under the tongue or, well ... elsewhere.

That's fine if you're dealing with someone who will stay still: In other words, someone other than a kid. The VeraTemp uses two forms of innovation. One is focusing on a particular market that has been under-served, which in this case is parents of young children. The other is finding new uses for existing technology. The device uses infrared thermal developments originally intended for industry and science. All you have to do is get within a few inches of the non-patient patient. Makes $40 for a thermometer seem cheap.

Not only will it tell you the temperature of the child, but of a surface or even the ambient temperature in a room.

3D gaming on the go

It's still unclear how big 3D will be for consumer electronics. A lack of relevant content and the need to either wear special glasses or deal with a screen that has a restricted angle of viewing has slowed use of 3D technology in TV sets, for example.

And yet, it's still an intriguing concept. Nintendo has extended 3D to its portable gaming platform to create the Nintendo 3DS ($170), a machine that can run in either 2D or 3D without the need for glasses. Some people have criticized the display, but in a unit the company sent for testing, the effect worked well. Nintendo incorporated a relatively new technology into its device to breathe new life into its sales. According to Reggie Fils-Aime, president of Nintendo of America, the 3DS has already outsold the first year sales of the original DS, and the unit hasn't even been out a full year.