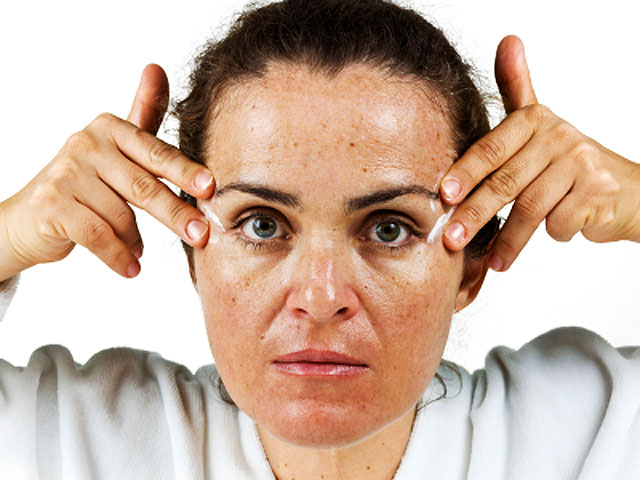 When you think of factors that prematurely age you, your mind probably turns to smoking, overeating, or excessive stress. And if you've been following the news, you might add tanning to the list (it makes you more susceptible to skin cancer - and we won't even get started on the wrinkles and sun spots.) But what you might not know is that your exercise patterns, listening habits, and even your cooking style can negatively affect your life. Luckily, you can make changes. Read on for tips from Leslie Quander Wooldridge at U.S. News, on how to counteract these six surprising behaviors that age you...

Think twice before constantly grilling and frying your meals. Foods cooked at high temperatures can produce compounds that increase inflammation, which damages the body's cells and is increasingly fingered as a driver of many diseases, such as cancer. The highest levels of these compounds, called advanced glycation end products (AGEs), are in fatty foods and meats (think steak), while the lowest levels are in carbohydrate-rich foods like vegetables, says Melina Jampolis, a physician nutrition specialist and author of The Calendar Diet: A Month by Month Guide to Losing Weight While Living Your Life. "Longer cooking time, higher heat, and less moisture during cooking affect levels formed," she explains. Just like the acronym states, AGEs are thought to speed up the aging process, and they have been linked to heart disease, diabetes, and other age-related diseases, she says. Try cutting back on fast food, processed-packaged foods, and higher-fat meats, and eating fruits and veggies rich in antioxidants, like grapefruit and spinach, to prevent the formation of AGEs, she says. (Drinking tea and a little red wine counts, too.) Also helpful: Cooking foods at lower temperatures for longer periods of time, and increasing moisture during cooking. So steam that shrimp instead of sauteing it!

More from U.S. News: How 5 longevity researchers stave off aging

Running uphill or up stairs

All running isn't always good. Uphill running (in particular) places additional stress on the knees and ankles, reports the American Orthopaedic Society for Sports Medicine. "There is at least a four-fold increase placed on our knee joint [with uphill running], and this can lead to premature breakdown of cartilage, also known as arthritis," says Moshe Lewis, chief of physical medicine and rehab at California Pacific Medical Center, St. Luke's Campus. If you're just beginning a running program, the AOSSM cautions against uphill running at first. Even if you're an experienced runner, take care with steep inclines. After all, the ideal running surface is "flat, smooth, resilient, and reasonably soft," says the AOSSM.

Yes, blasting your favorite songs is fun, but if you keep doing it, you may not get to enjoy those tunes in a few years. That's because loud noises can put you at risk for premature hearing loss, with sounds louder than 85 decibels able to cause permanent loss, reports the American Speech-Language-Hearing Association. A blow dryer is 80 to 90 decibels, the subway is 90 decibels, and the maximum output of some MP3 players is 110 decibels, ASHA reports. In fact, MP3 players pose a serious hazard to hearing to which teens are especially vulnerable, according to recent research from Tel Aviv University. To enjoy music for years to come, listen to your MP3 player at half volume, ASHA advises. And if you don't have protection, like ear plugs, don't expose yourself to loud noises for prolonged periods.

More from U.S. News: Is your job killing you? How work influences longevity

When you gaze down at a tech device, especially when it's in your hand or lap, your posture suffers. "Poor posture mechanics lead to rounded shoulders and neck strain," says Lewis. But you don't have to give up your beloved tablet laptop or smartphone to avoid being permanently hunched over. Just place your device higher up - like on a table - to prevent lower-gaze angles, suggests a recent study by Harvard School of Public Health researchers. Also sit straight up, and take breaks every 10 minutes, says Lewis. "The damage can be reversed," he says, "but there is a limited window."

Not maintaining your balance

As we age, we lose our balance, which can spell falls and fractures. (Each year, more than 1.6 million older Americans land in the emergency room because of fall-related injuries, according to the National Institute on Aging.) "Balance goes unnoticed until it's gone," says Lorraine Maita, a New Jersey-based internist and author of Vibrance for Life: How to Live Younger and Healthier. But you don't have to lose it. To avoid being off-balance before your time, "try sports that require agility, like tennis," she says. Stability balls, yoga, and dance are also good bets.

You must protect your eyes from UV radiation. Spending long hours exposed to these rays without adequate protection can raise the risk of cataracts (a clouding of the eye lens that can blur vision), snow blindness (a temporary burn to the cornea), and skin cancer around the eyelids, according to the Environmental Protection Agency. If you're around snow, water, or sand, know that these elements reflect UV rays, which can amplify the amount reaching your eyes and skin. The fix: Wear sunglasses outside, even on cloudy days, advises the EPA. Make sure the label says they block 99 to 100 percent of UVA and UVB rays. And if your new shades make you look good, too? Well, that's just a bonus.