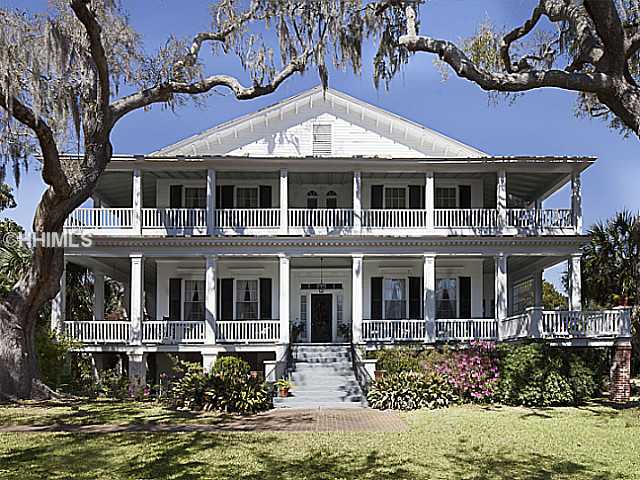 (MoneyWatch) Want to own a piece of cinematic history? For as little as $78,000 to as much as $115 million, you can own a home that starred in a famous Hollywood movie.

We dug up eight homes that are currently on the market where famous scenes were shot -- like the "horse head" scene in "The Godfather" -- or where the movie stars lived -- who can forget the "Sleepless in Seattle" houseboat?

The Legendary Beverly House is legendary for a lot of reasons -- it's the former home of publishing magnate William Randolph Hearst, John and Jackie Kennedy spent their honeymoon in the home, and the "Bodyguard" was filmed there -- but its most iconic place in pop culture history comes from the film "The Godfather."

A rival of the Corleone family, movie producer Jack Woltz, wakes up in the Legendary Beverly House with the head of his beloved horse in his bed. Though a small part of the film, it's a big part of the film's lore. The home is currently on sale for a whopping $115 million.

The Beaufort, S.C. estate featured in "The Big Chill" was featured so prominently it was a star in and of itself. It was the summer home of two of the characters, played by Glenn Close and Kevin Kline, and where the college friends gather in the film for a funeral.

The kitchen starred in one of the most memorable moments of the film, when the characters dance to "Ain't Too Proud to Beg" while preparing dinner. The $3.5 million home has two wraparound porches, five bedrooms and eight bathrooms along with views of the Beaufort River.

The home of Ferris Bueller's sullen best friend Cameron has been on and off the market over the past decade, and now it's back on again. Located in the Chicago suburb of Highland Park, Ill., the modernist, glass-walled home was described in the film as a museum. Ferris says that it's "very beautiful and very cold, and you're not allowed to touch anything."

The garage where Cameron accidentally shoves his father's rare 1963 Ferrari California Spyder into the woods below is still intact. The 4,300-square-foot home has four bedrooms and three bathrooms along with a guest house, and is on the market for $1.375 million.

Spoiler alert: The final scene in "Beverly Hills Cop" has Eddie Murphy's Axel, a Detroit cop who plays by his own rules, and the by-the-books Beverly Hills cops assigned to babysit him facing off against bad guy Victor Maitland and his crew at his huge mansion.

Axel gets his big victory against the man who murdered his friend inside the hallways of this Santa Monica, Calif. home, dubbed Villa Ruchello, on sale for nearly $30 million. The estate sits 3.3 acres, has 12 bedrooms, 13 bathrooms and 14,000 square feet of living space.

The "Sleepless in Seattle" houseboat

Tom Hanks' character Sam's houseboat home was a distinguishing feature of the film "Sleepless in Seattle" and it continues to be a unique home on the water at Lake Union.

The two-story, four-bedroom home is lined with floating gardens and deck space and sits among other houseboats and sailboats. The home, which still receives curious fans of the film eager to check out the space, is on sale for $2.5 million.

"The Fugitive's" scene of the crime

The murder that sets off the entire plot of the Harrison Ford-starring film, "The Fugitive" was filmed inside this Chicago home, located in a quiet neighborhood called Lincoln Park. The home, reduced to $3.7 million from nearly $4 million, is more than 6,000 square feet, has five bedrooms and six bathrooms.

Since filming, the owner added two floors to the property. It also features an indoor pool, rooftop deck and sauna as well as living room whose ceiling stretches to the top of the four-story building.

Bruce Willis' character Butch in the film "Pulp Fiction" is on the run from the mob after winning a fight he was paid to lose. But before he can flee with his girlfriend, he has to return home to his apartment and retrieve a very special gold watch his father left him.

The apartment complex used as Butch's building is located in North Hollywood, Calif. The  800-square-foot, one-bedroom, one-bathroom unit can be had for $78,800.

A hotel with a history in film

Castle Green has a long history in film. The historic building features a stunning lobby, spiral staircase, parlors and ballroom that have been featured in "The Sting," "The Last Samurai," "Wild at Heart," "The Prestige," "We Were Soldiers" and "The Little Rascals" among more than a dozen television shows. Originally a resort in downtown Pasadena, the building was then converted to what is essentially a condo building, where units are individually-owned, and continues to offer space for parties and weddings.

On the market for about $400,000, a 800-square-foot, one-bedroom unit is available, complete with access to the rest of the building that has served as a backdrop to many films, and continues to offer itself up for future movies.