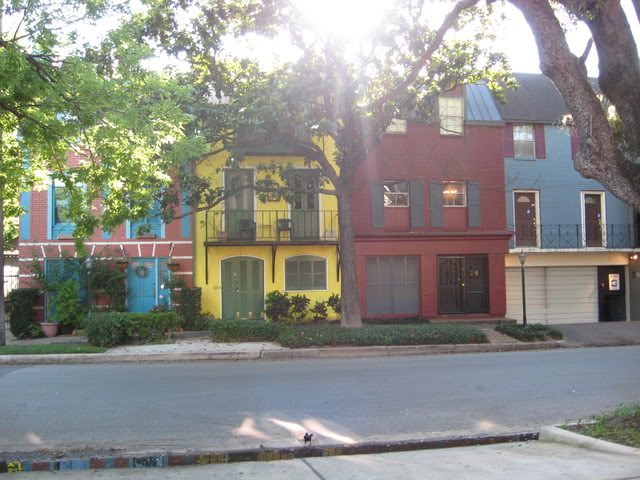 (MoneyWatch) Vows have been made, rings exchanged, toasts given, and the cake ceremonially sliced and eaten. With the wedding over, it's time for our newlyweds to settle down.

Almost 40 percent of newlyweds would prefer to live in a different city than their families when starting their lives together, according to online housing site Rent.com. While 38 percent say that job opportunities dictate where they settle down with their new spouse, some cities seem especially attractive for young couples.

The folks at Rent.com released their 2013 list of the best places for newlyweds, and some might be a little surprising. The list is based on a number of factors, including the cost of living, mean annual income, housing availability, and the number of married couples and families with children younger than six.

Median rent for a two-bedroom apartment: $1,085

Texas is one of the fastest-growing states in the country thanks to an expanding economic base attracting new residents. Houston, the fourth-largest city in the country, is no exception, where residents earn a mean annual salary of $54,901. It offers a plethora of neighborhood options for newlyweds to find a community to make their own.

Median rent for a two-bedroom apartment: $1,500

With an average mean income of $64,850 and a wide range of housing options, Seattle is a growing place for young families. In fact, when compared to the other cities on the list, it has the highest percentage of children under six years old. Notoriously wet weather permitting, newlyweds and young parents alike can enjoy the numerous hiking and biking trails, as well as the vibrant neighborhoods.

Median rent for a two-bedroom apartment: $1,193

With everything from amusement park Six Flags Over Texas to the city's myriad sports teams, Dallas offers a little something for any young family, and with a fairly low cost of living. The city's huge Dallas-Fort Worth area is also home to the headquarters of 20 Fortune 500 companies, so there are employment opportunities. Residents make an average of $55,546 per year.

Median rent for a two-bedroom apartment: $1,005

Moving down south has its benefits: It's often affordable, relaxed and beautiful. In fact, despite the low cost of living, Raleigh residents make $59,197 a year on average. Plus, the city has lots of young families, with more than 25 percent of children are under the age of six. Downtown Raleigh is the site of many of the city's museums, colleges and historic sights, but travel outside the city for gorgeous views of the surrounding rivers, forests and mountains.

Median rent for a two-bedroom apartment: $1,962

The U.S. capital offers a wide breadth of opportunities for newlyweds to enjoy, from cultural institutions like the Smithsonian, to political events, to walking the neighborhoods and enjoying the city's rich history. And with a high mean annual income of $86,600, newlyweds are more likely to be able to enjoy all that the city offers.

Median rent for a two-bedroom apartment: $2,285

Almost 55 percent of households in San Jose consist of married couples. The mean income is about $69,000 a year, but you'll need that salary to pay the sky-high housing costs. If you can afford to live in the largest city in Silicon Valley, it's a great place to establish a business or a family.

Median rent for a two-bedroom apartment: $1,112

The City of Lakes is a great spot for newlyweds to settle down. With an average mean income rate of $63,352, couples can take advantage of all that the city has to offer, including the romantic views off Lake Harriet. The city has embraced bicyclists and the organic food movement, and has a thriving music and theater scene.

Median rent for a two-bedroom apartment: $1,700

The second-largest city in California offers newlyweds many entertainment options to enjoy together, from gorgeous beaches to iconic landmarks such as the San Diego Zoo. Plus, a number of major companies are headquartered there, including Pfizer, Bed Bath and Beyond, and Sony Electronics. The mean annual income rate is $59,477.

Median rent for a two-bedroom apartment: $1,097

You wouldn't guess it by looking at this charming southern city, but Charlotte is actually the second-largest financial center in the U.S. after New York. Big financial companies such as Bank of America and the East Coast operations of Wells Fargo are headquartered here. The cost of living is lower than in most U.S. cities, so the average income of $50,671 goes a little farther here.

Median rent for a two-bedroom apartment: $986

With one of the lowest costs of living in the country, Tulsa offers newlyweds a great foothold to rent or buy. That means that the average income of $46,093 should cover living expenses nicely. As the cultural capital of the state, newlyweds can experience the ballet, opera and several major museums, or spend some time in the great outdoors by visiting the Tulsa Garden Center or the nearby Ozark Mountains.