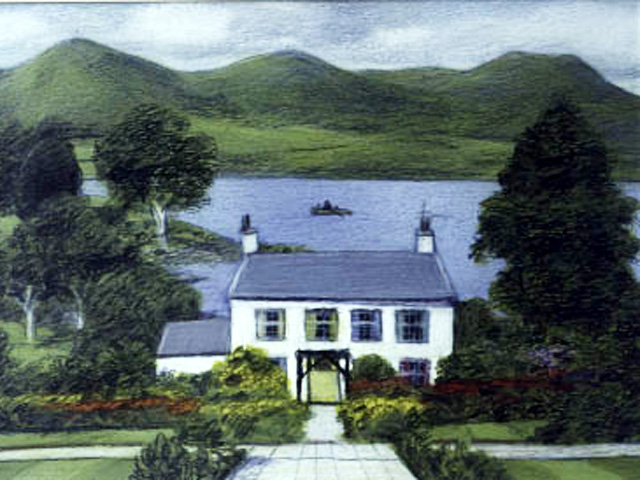 Not all people with an autism spectrum disorder have similar personalities and experiences. As many as one in 10 people with an ASD have savant syndrome, according to the Wisconsin Medical Society. What is savant syndrome? It's a condition in which a person with a developmental neurological disorder, such as autism, exhibits genius and exceptional skill in a certain field - along with a massive memory.

These skills include prodigious drawing ability and visual memory, the ability to replay a classical tune by ear or memorize large numbers, and unparalleled language skills.

Keep clicking to see a few extraordinary autistic savants throughout history, with the help of savant syndrome expert Dr. Darold Treffert a psychiatrist for the  Wisconsin Medical Society...

Richard Wawro (1952-2006) was an autistic savant artist from Edinburgh, Scotland. He gained global fame for his detailed drawings made with wax oil crayons. When Wawro was three years old, he began to exhibit autistic behavior, such as withdrawal, obsession for sameness, and a preoccupation with the piano. He also struggled with language until age 11.

Wawro began to draw when he was 3 years of age, and he also revealed a phenomenal memory - his drawings perfectly recalled images seen just once. Wawro had a particular fascination with light and shadows. Throughout his lifetime, he sold over 1,000 pieces in over 100 exhibitions.

"Leslie Lemke is a memorable man," is how Morley Safer described Lemke during a 1983 episode of 60 Minutes. According to Treffert, Dustin Hoffman watched the program and when he saw the script for "Rain Man," thought of Lemke and decided he wanted to portray a savant.

Born prematurely with "brain damage" and eye problems, Lemke had his eyes surgically removed as an infant. Intrigued by music at a very young age and with a remarkable memory, Lemke could flawlessly play and sing music start to finish after only hearing it once. Here he is in concert:

Gregory Blackstock is a Seattle-based autistic savant artist whose talents span both drawing and music. Blackstock's drawings are often large, inventive, and precise. He also plays the accordion and has exceptional language skills - he knows about 12.

More of his art can be found here.

Christophe Pillault, born 1982 in Iran and current resident of Olivet, France, is an autistic savant who is unable to talk, walk, or feed himself. But he uses his hands to express himself through paintings, and has had his work exhibited throughout the world.

James Henry Pullen (1835-1916) was an autistic savant artist who was deaf and nearly mute, but a skilled craftsman and carpenter. From childhood, he carved intricate ships of firewood and drew detailed pictures of them. Some of his works can be found here.

Henriett Seth F., born in 1980, is a Hungarian autistic savant artist whose work spans poetry and fine art. Despite communication problems including lack of eye contact, her poetry communicated to many audiences and won numerous awards. In high school, Henriett specialized in art, creating prize-winning work featured in galleries.

Gilles Trehin, born in 1972, has been drawing since age 5. He has a particular fascination for cities, and created an imaginary city named "Urville." With many drawings of this imagined city, Gilles hopes to publish a book called "Urville's Guided Tour."

George Widener, born in 1962, is a savant artist with Asperger's syndrome. His drawings include large cities with futuristic dates. Widener has a strong memory and fascination with calendars, history, dates and numbers, which he combines with visual art.

Ping Lian Yeak, born in 1993, is a Malaysian autistic savant artist whose artwork was brought to museums in the U.S. in 2006. To learn more about Ping Lian, visit www.pinglian.com.