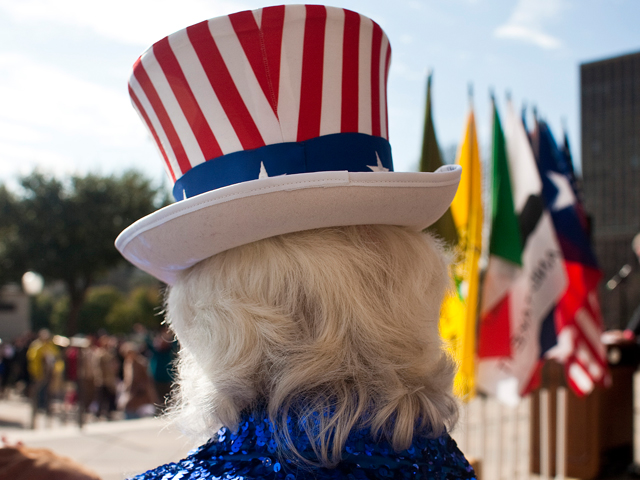 With news this week that Denise Rich, ex-wife of a renowned tax-dodger, is renouncing her U.S. citizenship and thereby avoiding taxes, we decided to take a look at other successful citizens who became ex-pats in order to avoid filing a 1040. Apparently it's getting more common as the IRS cracks down on undeclared and untaxed foreign holdings.

Tax attorney Jim Duggan says it's not too difficult for an American to renounce U.S. citizenship. All it takes is an appearance at a U.S. embassy or consulate, some paperwork, and an exit tax, one of the drawbacks, according to Duggan.

Though expatriation remains relatively uncommon, Duggan says the yearly count of Americans who have renounced their citizenship has significantly increased.

"In previous years, the average number of renunciations was in the hundreds, not thousands," Duggan says. "Approximately 1,800 U.S. citizens renounced their citizenship in 2011, and it is anticipated that this number will exceed 2,000 this year."

The U.S. is the only country save Eritrea that imposes tax on its citizens abroad. That rule no longer applies to these former Americans.

Denise Rich, a U.S.-born songwriter and socialite, renounced her U.S. citizenship this year under her maiden name, Denise Eisenberg.

Ms. Eisenberg is widely known as the ex-wife of ex-American commodities trader and former international fugitive Marc Rich, who fled the U.S. in 1983 after being accused of evading $48 million in taxes -- the then-largest tax fraud case in U.S. history -- and being indicted on 50 counts of wire fraud, tax evasion, racketeering, and violating the Iranian oil embargo. The Riches divorced in 1996.

In 2001, after Marc Rich received what Rep. Bob Barr, R-Ga., called an "unusual" pardon by former U.S. President Bill Clinton, a House of Representatives Committee on Government Reform found that "based on the political contributions" and other efforts of Rich and a friend, longtime Democratic fundraiser Beth Dozoretz, who currently serves as a director under Hillary Clinton with the Department of State, their actions created "the indelible appearance of impropriety."

Denise Eisenberg gave up her U.S. citizenship reportedly to be closer to her long-time partner, a citizen of Austria, where nationals who live half the year abroad score huge tax breaks.

Browder, a grandson of the chairman of the U.S. Communist Party from 1932 to 1945, gave up his American citizenship in 1998, two years before he co-founded the fund with Lebanese-Brazilian Jewish banker Edmond Safra.

"Well, my grandfather was the biggest Communist in America," Browder said in an interview in 2006, the year he was barred from re-entering Russia.

"I'm one of the biggest friends there is in Russia," Browder said. "I've brought $4 billion of capital. I've been extremely supportive in the West of their policies. It couldn't, they couldn't possibly be kicking me out like this."

Officials with the U.S Department of State had no serious plan to assist Browder find a new home in 2006, after he renounced his American rights for tax reasons.

Facebook co-founder and Harvard graduate Eduardo Saverin gave up his U.S. citizenship this year, months before Facebook's IPO made him a multi-billionaire, though his spokesman said he made the decision last year.

Brazil-Born Saverin, who emigrated to Miami with his family in 1998, now lives in Singapore, which imposes no capital-gain tax. As a resident there, Saverin reportedly could save as much as $100 million in U.S. taxes.

The 30-year-old Saverin currently ranks 634th on Forbes' list of the world's billionaires, but faces the possibilities of being taxed 30 percent on any future investment in the U.S. and being barred from re-entering the country forever, according to a new proposal by U.S. lawmakers.

"Eduardo Saverin wants to de-friend the United States of America," Sen. Chuck Schumer said last month. "Sen. Casey and I have a status update for him: Pay your taxes in full or don't ever try to visit the U.S. again."

John Templeton, who Money magazine called "arguably the greatest global stock picker of the century," was an American in 1954, when he established his Nasssau, Bahamas-based Templeton Growth Fund. Templeton also started the first emerging markets fund available to U.S. investors.

He renounced his U.S. citizenship in 1968, before he sold his empire of international funds to Franklin Resources, and moved to the Bahamas. Bahamians don't pay income or investment tax.

Keeping his income from Uncle Sam was Templeton's main reason for his expatriation, but he thought that living in paradise, far from the noise on Wall Street, made him a better investor, according to a 2004 interview in the soon-to-be-shuttered SmartMoney magazine. Templeton, who held duel naturalized Bahamian and British citizenship, passed away in 2008 at the age of 95 in Nassau.

Unannounced, the kung fu and movie star renounced his U.S. citizenship in 2009 after he moved to Singapore with his family for his two daughters' education, according to the Associated Press.

Jet Li's movie credits include Hollywood hits such as "The Mummy: Tomb of the Dragon Emperor," "Romeo Must Die" and "Kiss the Dragon."

Bonus ex-pat: Oona O'Neill, the daughter of American playwright Eugene O'Neill, didn't turn in her passport because of taxes, but her story was so interesting we couldn't resist including it: O'Neill left her U.S. citizenship behind in sympathy for her British husband, Charlie Chaplin, who in 1954 vowed never to return to the U.S., even though the country had already barred his re-entry.

"She renounced her allegence to the United States, which won't readmit her aging film comedian husband until he answers accusations of Communist sympathies and 'grave moral charges,'" the Associated Press reported on February 11, 1954.

O'Neill married the 54-year-old Chaplin when she was 18-years-old, after she called it quits with American writer and war veteran J.D. Salinger. Her father, the playwright, disinherited his daughter in response to the union.