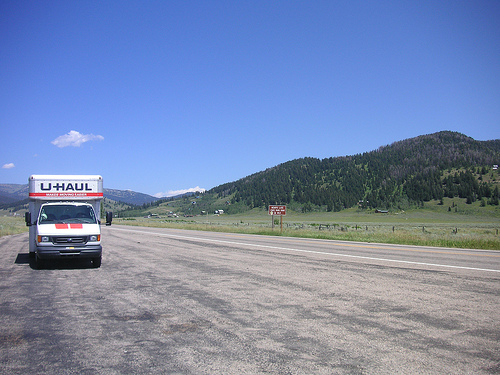 With economists assuring that a recovery is underway, one very large question remains: Where are all the jobs? GDP may be expanding again, but both unemployment statistics (especially among the young) and anecdotal evidence reveal that this good news hasn't translated into the millions of jobs Americans need to get back to work. The jobs drought continues. But there is hope.

Just because the overall picture is less than sunny doesn't mean there aren't bright spots. Recently, online jobs aggregator Indeed.com updated its analysis of jobs postings and discovered that while job hunters in many parts of the country are still vying for too-few openings, there are 15 towns where there's one job opening for each unemployed person.

Read on to discover these 15 places and the kind of great jobs you might find there.

Home to SXSW, Austin has shaken off its image as Texas's top party town to gain new prominence as an emerging center of geekdom, with a recent survey by freelancer platform Elance finding the city had the highest number of techies per capita.

For fans of HBO's The Wire, it might come as a shock that all the jobs in Baltimore aren't in crime or crime fighting, but according to Indeed's numbers there are enough above board jobs to go around. World-class university Johns Hopkins and its associated hospital are now the city's biggest employers.

Once a manufacturing town, Cleveland was hit hard as factories closed. But the city fought back, nurturing the service sector and attracting employers from Sherwin-Williams to NASA. Some areas of the city remain rough, but sports fans get a local NFL, NBA and Major League baseball team and music lovers have the Rock n' Roll Hall of Fame.

Columbus isn't the flashiest city in the nation, which might make you wonder what, if anything, makes it notable. But despite its lack of high profile sights or instant associations, Columbus has impressed many as a solid place to make a life. Forbes has named the city its number one up-and-coming tech city in 2008 and BusinessWeek called in one of best places to raise a family in 2009.

No longer just a good bet for brewers and the folks who love their product, Milwaukee is now home to more than a dozen Fortune 1000 companies ranging from Harley-Davidson to Northwestern Mutual.

This one explains itself: New York may be huge, crazy and expensive but it's also a place where the endless shuffle and hustle means you can always get a job. Want to make it in everything from fashion and publishing to finance? Yeah, you know where you need to go.

Unfortunately seared into the national consciousness as the home of national catastrophe and dust bowl suffering, Oklahoma City is certainly a fighter. With plenty of action in the oil and gas sector, the state capitol has come roaring back from adversity and now has one of the strongest job markets in the country.  The federal government and a nearby air force base are also big employers.

Within the gravitational pull of Washington, DC, Richmond's economy relies heavily on law and government, but with its long and interesting history this southern city also benefits from plenty of tourism. Like the sound of Virginia but still not convinced? The city is also home to CapitalOne, Philip Morris and many banking and advertising firms.

San Francisco is a bit of a split personality when it comes to jobs, relying on its renowned beauty to bring in the tourists, while also leaning on the less picturesque, nearby towns of Silicon Valley to supply plenty of jobs in tech. The city is start-up central, with 85 percent of firms being small companies with less than 10 employees.

No bonus points for guessing the biggest industry here. Just a bit south of San Francisco, San Jose is the closest city to buzzing Silicon Valley. Tech powerhouses call like Adobe, Hewlett-Packard and Cisco Systems all call the city home and its just a short commute from America's most admired company over in Mountain View.

Seattle, WA: Not Just for Rockers

Known as the home of coffee and grunge, Seattle has a fully grown up side, hosting some of America's biggest corporations, including a Boeing factory and Amazon.com headquarters (not to mention those fictional doctors).

Another one for the snow lovers, this half of the Twin Cities is a regional hub for big business so you'll be spoiled for choice when it comes to prospective employers. Thankfully, the local business journal can help you narrow it down with its annual survey of best places to work.

With more than a quarter of its jobs being supplied by the downturn-proof federal government, the nation's capital is a great spot to wait out a recession. But if the thought of working in the federal bureaucracy has you breaking out in hives, there are other options, including the city's many universities and a handful of Fortune 1000 companies.