COSTA MESA (CBSLA) — Marcus Anthony Eriz was arrested and charged in connection to the 55 Freeway road rage shooting that took the life of 6-year-old Aiden Leos on May 21. 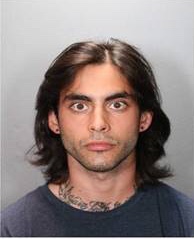 Orange County District Attorney's Office Tuesday filed one count of murder and discharge of a gun at an inhabited dwelling against 24-year-old Marcus Anthony Eriz. He also faces an enhancement for personal discharge of a firearm causing bodily injury and death.

His girlfriend, 23-year-old Wynne Lee, was charged with one felony count of being an accessory after the fact and a misdemeanor count of having a concealed firearm in a vehicle.

A memorial service for Leos was held Saturday.